12 remarkable facts about the travel industry The most expensive and the oldest hotel in the world? The most visited country? Not necessarily useful, but nice to know. We have collected 12 remarkable facts about the travel industry.

1. City with the highest hotels

No less than six of the top ten of the highest hotels in the world are located in one city. Three guesses: Dubai in the United Arab Emirates. The JW Marriott Marquis Dubai is the world's highest hotel with 76 floors and 355 meters long.

2. Number of hotel rooms in the world

Ever thought about how many hotel rooms there are worldwide? According to an Intercontinental hotels group report, the world has around 15.5 million. This number is expected to rise rapidly towards 20 million.

You might think that you will find the most expensive hotel rooms in New York, but it is Geneva in Switzerland where you pay the highest amount for a hotel stay. The average rate for a room here is around three hundred euros. This is how you sleep in the five-star hotel Métropole Geneva - built in 1854 on old fortifications - from 320 euros per night.

4. The most expensive hotel room

The Royal Penthouse suite of Hotel President Wilson in Geneva is known as the most expensive hotel room in the world. The average price per night for this room is between 60 thousand and 85 thousand euros. What you get for that? Spectacular views of Lake Geneva, Mont Blanc and the Alps, HermÃ¨s toiletries and access to the exclusive La Mer Spa and star restaurants, among others.

5. The most visited country

The most visited country in the world? That is France. More than 80 million tourists cross the country borders every year. Not surprisingly if you add the picturesque villages, imposing Alps, good wines and a kitchen to lick your fingers at. And don't forget the cozy campsites and chambre d'hotes!

In New York, the Ritz-Carlton Central Park and Mandarin Oriental share the place for America's most expensive hotel room. From $ 995 you can spend the night here.

7. The oldest hotel in the world

The oldest hotel in the world is in Japan. The five-star accommodation in Hayakawa has, according to the Guinness Book of World Records, the oldest hot spring in the world, built in 705. Koshu Nishiyama Onsen Keiunkan is located in the middle of a valley and the naturally warm spring water flows from all the showers. The tastiest Koshu beef is served in the traditional Japanese ryokan, and a karaoke room is also available.

Cruise ships transport more than 300,000 guests around the world every day. The Caribbean has been the most popular cruise destination in recent years. Photo by Toa Heftiba on Unsplash 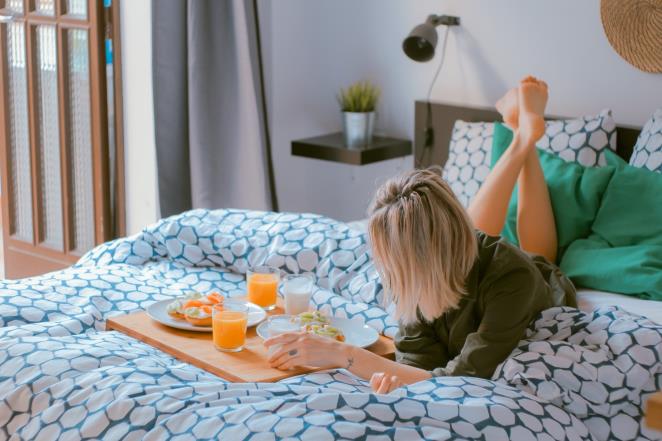 The most expensive room service can be found in Las Vegas. You order a breakfast from 68 dollars here. In New York City you pay a little less with around $ 67.

10. Hotel revenue in the US

The hotel industry in the United States generated revenue of more than $ 162 billion in 2016. This is now some billions higher and is only expected to rise. Americans spend huge amounts every year on hotel and motel rooms and tourists can also benefit from it!

11. Largest hotel in the world

Malaysia currently has the largest hotel in the world. The First World hotel has more than seven thousand rooms, which are also affordable; the price per room is between € 12 and € 83 per night. Soon, the Abraj Kudai Hotel in Saudi Arabia will take the first place. When this hotel is finished, it will have ten thousand rooms and no fewer than seventy restaurants.