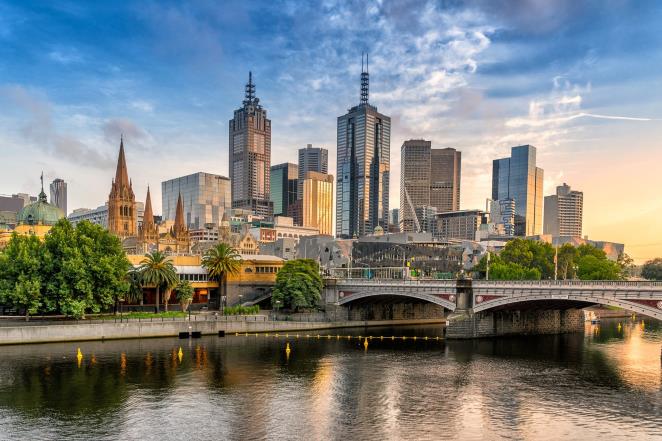 Moving to another country has quite a few feet in the ground, both in terms of rules and emotions. Anita Isalska, how new contacts make it all worthwhile.

Anita Isalska is from Manchester and has co-written with all kinds of guides from Lonely Planet.

Social media give life as an expat, like so many other things, a rosy filter. Scrolling through Twitter and Instagram, moving to another country seems like an attractive option full of possibilities, but the dark side of expat life is usually out of the picture.

I became familiar with the peaks and troughs then I left England in 2017. I met wonderful people and had fantastic opportunities, but moving abroad requires inexhaustible amounts of optimism and resilience. My patience has been put to the test with visa and passport problems and my belongings have been left in a missing container. There are lonely days and Skype sessions full of tears. There are frustrating interactions with tax authorities and if your mother looks like mine, she will never remember your time zone. Welcome to the emotional roller coaster of expat life.

1. Jetlag takes your body and your mind to graze

When I arrived in my new hometown I was not surprised that the jetleg saddled with insomnia, drowsiness and hunger at the wrong moments. However, I was not prepared for the emotional jet lag. Almost every expat has a mental connection with their home time zone and I was no exception. At a certain time in the evening my friends and family on the other side of the world woke up and my phone almost exploded from the notifications. It felt great to be in contact, so evening after night I stayed awake too long to chat on social media. When it was day, my phone stopped. Apart from the one person who had migrated with me, all the people I cared for slept. . I kept in touch with my friends in England, but often turned off my phone. With less sleepy eyes, I devoted my energy to meeting new people in Australia. Slowly my phone started shaking during the day.

2. Cultural differences will recalibrate your brain

Moving to a country where they speak a different language is quite a leap in the deep, but even when there are there is no literal language barrier, communication can sometimes be disappointing. People who migrate between English-speaking countries can get lost in the maze of nuance. My own dialect caused blank faces and my attempts to pick up the Australian variants caused chuckling.

If you move abroad, you will also find out how the world looks at you home country. For some, my country was no more than London, Manchester United and the Queen. There was talk of the UK in the somewhat derogatory tone that you would use for a cute, eccentric old aunt: a charming country with a great history, but in sepia tones, an island that had reached its peak. Seeing my country through the eyes of others gave me a broader perspective. In the meantime, I learned more about Australia. I met activists against climate change and for the rights of Aboriginals and I got much more knowledge about the social and political issues in Australia.

3. Living abroad has a complex price

After two years in Melbourne we had the chance to go somewhere else, to San Francisco. We had already moved to the other side of the world, so why not again? We would definitely be pro's in migrant life for the second time.

Walking through this proud peacock of a city, I can hardly believe that I live in such a beautiful place. It is easy to stay in the migrant bubble, bathed in sunlight and opportunities, and then leave when you have had enough, but San Francisco is a complex and extremely divided city. There is a housing crisis and the people who come here are driving rents and ridiculous living costs further up. So I shifted my focus: if the city and its inhabitants are so generous to me, what can I do back? Whether life abroad is permanent or has an expiry date, migrants must ensure that they are part of what makes the city flourish. I think the moment I understood that is the moment that I really started to feel at home in San Francisco.

You can read all life lessons in the March issue of Lonely Planet magazine, this one you can order here.