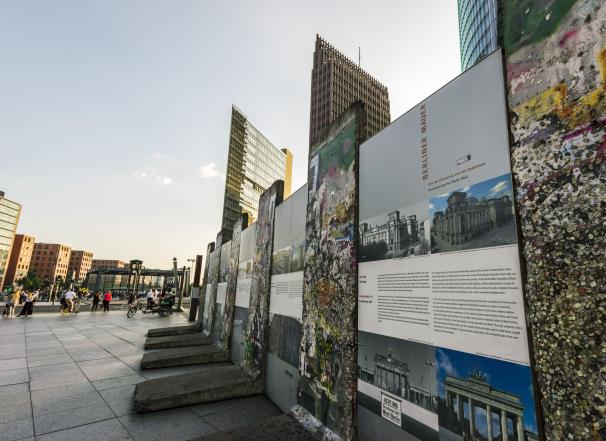 You can explore a city at your own pace on foot. In these cities there is certainly plenty to see.

The Berliner Mauerweg (photo) is best known by cyclists and follows the course of the wall that West Berlin separated from East Germany from 1961 until the famous fall in 1989. It has been made into a walking and cycling path that was opened in 2006. There are signs along the path, both with the route and with information about the 28-year life of the wall, and memorials for the people who tried to escape. berlin.de

The Crosstown Trail (photo on the right) is a 27-kilometer long hiking trail that has been mapped by crazy volunteers and non-profit groups. It connects known and lesser known roads and nature reserves between Candlestick Point in southeast San Francisco to Land's End in the northwest, via Visitación Valley Greenway, McLaren Park, Glen Canyon and Golden Gate Park. There are also bicycle-friendly variants. There are few signs, so bring downloadable cards. crosstowntrail.org

The Capital Ring Walk (photo left) runs around London and is divided into 15 pieces, so you can cover the 125 kilometers in different sessions. The route shows the city in all its glorious (and rough) diversity, from the arty streets of Hackney Wick to the open space of Richmond Park, and old estates such as Eltham Palace. tfl.gov.uk