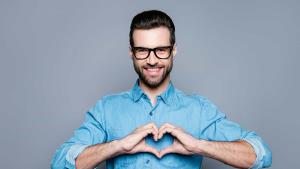 Â © Shutterstock Not everyone is honest about it

The words 'I love you' can be seen as the most precious words there are, but people can also use them. How do you know if someone really means it or not? You should be careful in the following situations because it can be insincere.

Some people already say they love you before they know you. You might find this romantic, but they are probably only in love with what they think you are or maybe they just really want to be in love.

The opposite is also possible. Some people show nothing of their love until you plan to leave them. If they really had more than enough time to show and express their love, you might wonder if they only say it because they are afraid of being alone.

If someone says they love you, pay attention to whether they want something else from you at the time such as sex or a favor. By saying that they love you, they hope you are willing to do more for them.

It is possible that it has become a habit. The person may not even look at you when it is said. It can also seem that the four words are pronounced as one word and it starts to look more like a greeting than a declaration of love. Or the first word is skipped so that only "love you" is said. It is not necessarily bad, but you can ask yourself whether you are doing enough effort for each other.

In most cases, people find it easier to to say that they love you in a private setting. However, if they say it more often in public, then something can be wrong. They may want to use you to build their image, to make someone else jealous or because they are possessive and want to make sure that everyone knows that you are busy.

Does someone almost always say it because you say it first and almost never do it on your own? Unfortunately, this can mean that the person says it more out of politeness instead of true love.