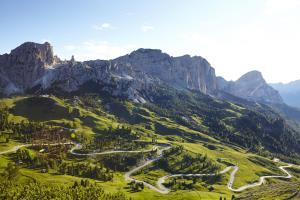 From the Alpine peaks to the Adriatic coast: these are our suggestions for the best experiences under the Italian sun.

The Dolomites may not consist of the highest peaks in the Alps, but they are undoubtedly the most impressive. Huge limestone chunks have been eroded into vertical rock walls that rise steeply from the ground. Start your hike in the forested valleys and discover a unique piece of Italy: alpine meadows full of wild flowers and grazing cattle, wursten, strong beers and German-speaking villages. It is more reminiscent of Bavaria than Bologna. To see the region at its best, you follow the paths of Val di Funes, where the Odle mountains look down threateningly at the small church of Santa Maddelena. Then head south along winding mountain passes to Val Gardena. To make it even more confusing, they speak another language here: Ladin, an ancient Roman language with only 20,000 speakers that has been preserved for centuries by the steep surrounding mountains.

- The Hotel Tyrol in Val di Funes has rooms with views of the Odle Mountains. You can practice both your Italian and German with the staff (€ 85; tyrol-hotel.eu).

- Jimmy Hütte is located at the top of the Gardena pass. Hearty Southern Tyrolean cuisine is served here, including Speck (main course from € 10; jimmyhuette.com). 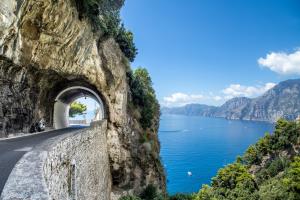 2. Drive along the Amalfi Coast

Italy has a reputation for people tearing even on the B roads as if they were on the circuit in Zandvoort. This prejudice ensures that many leave the car at home when traveling to Italy. Very unfortunate, because you can make beautiful road trips on the Italian asphalt. For example on the Strada Statale 163, also known as the Amalfi coast road. A sublime 55-kilometer route along the coast of the Sorrento Peninsula, with hairpin bends and terrifying abysses that brings up the inner Formula 1 driver in every driver. You drive along green hills that rise from the salty sea, fishing villages on slopes of 45 degrees and ancient monasteries high on the rocks. Start your journey in Salerno and pay a visit to the beautiful 11th-century cathedral (perhaps to have a prayer prayer for a safe journey). Then head west towards Amalfi, a small town that was once home to a medieval maritime empire. Continue your trip up the hill to Ravello, where Wagner once found the inspiration for his pure, noble knight Parsifal, his last opera. D.H. Lawrence also stayed there and found inspiration for his slightly less chaste novel about Lady Chatterley. A sensational stretch of the road winds along olive groves and small bays to Positano and then continues across the peninsula to Sorrento.

- Go to Hotel Lidomare for rooms with antique furniture , balconies and views of the sea (from € 117; lidomare.it).

- On the beach in Amalfi lies Marina Grande, a restaurant with simple, local fish dishes and homemade pasta (from € 33; ristorantemarinagrande .com). 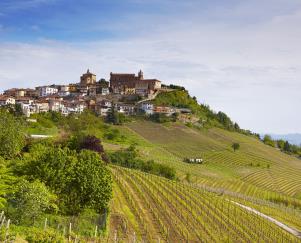 Eating is serious business in Italy and especially in the Langhe Valley. Perhaps because of the rivalry with the French chefs across the border, or perhaps because of the incomparable riches that the country is blessed with every year. Truffles are collected in the oak forests in the fall; in the spring snails awake from their hibernation on a plate; in the summer there is an abundance of fruit and vegetables. Then the region is also at its best. The hilltop villages rise photogenically from a sea of ??flowering vineyards. One of these hilltop villages is Barolo, a starting point for vineyard tours. The Barolo wine is the so-called "king of Italian red wines". For culinary delights, head to the pretty terracotta town of Alba: home to a small constellation of Michelin stars. For delicious summer Piedmont food, visit La Piola in the center. Lunch consists of carpaccio, stuffed vegetables and local wines. They should be drunk at an unhurried Italian pace.

- Hotel Barolo has comfortable rooms and a terrace overlooking the medieval castle of Barolo (from € 104; hotelbarolo.it).

During most of the year, Sardinian beaches are fairly quiet. Every summer, however, they undergo a true transformation into the largest sunbathing area in Italy. An invasion of D-Day proportions of umbrellas, towels and sweaty tourists traveling to Sardinia from the mainland. But for some wonderful reason, there is still deep peace on the most beautiful beaches. To escape the masses you can go to Golfo di Orosei, halfway the east coast. Impressive rock walls rise from the seas, between which are wonderfully quiet beaches. Most are only accessible by boat. From the village of Cala Gonone, boats run south along the Grotto del Bue Marino, a stalactite-rich cave that is very popular with seals. Further south you will find the most beautiful beaches: Cala Sisine is a long stretch of white sand, flanked by lime hills. At Cala Mariolu, clear blue waves babbling over the pebble beach. Nuovo Consorzio Trasporti Marittimi offers return trips to all islands along the coast. Note that if you miss the boat, you can just

stay behind on an uninhabited island. But whether that is such a punishment ...

- At Nuovo Consorzio Trasporti Marittimi you can buy return tickets to Cala Sisine (from € 18) and Cala Mariolu ( from € 27; calagononecrociere.it).

- Agriturismo Nuraghe Mannu has accommodation in the hills above the village of Cala Gonone. The restaurant serves homemade cheeses and home-bred lamb (rooms from € 35; agriturismonuraghemannu.com). 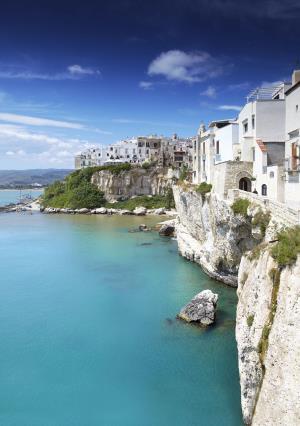 5. Sail along the rugged coast of Apulia

The Promontorio del Gargano is a smaller, warmer version of the chalk cliffs of Dover. The steep rock walls rise above the Adriatic Sea. This land mass was once connected to what is now Croatia. Many millions of years ago the coast tore loose and has been sealed for centuries with the port city of Vieste: a collection of white houses, winding alleys and a large lighthouse that overlooks the harbor. The beaches are very busy in the summer, but the coastline around it (north and south of the city) remains silent except for chirping crickets and the sound of the surf. To get there, you go to the port. Centro Ormeggi e Sub rents boats in all shapes and sizes, per hour or per day. Head south and in a few minutes you will sail along the coast of the Parco Nazionale Del Gargano, a reserve where the forests of roaming deer and wild cats house and where the alpine pine and oak forests reach the coastal bays. Return to Vieste in the afternoon and be welcomed by the white cliffs rising from the sea.

- Centro Ormeggi e Sub rents motorboats and sailing boats between 5 and 5 12 meters from Vieste (from € 21 per hour; vieste.it/centro-ormeggi-vieste).

- Hotel Seggio has spacious rooms in a 17th-century palazzo: in the Apulian dishes are served at a great sea view in the restaurant (€ 117; hotelseggio.it).