A temporary hotel in an old prison! 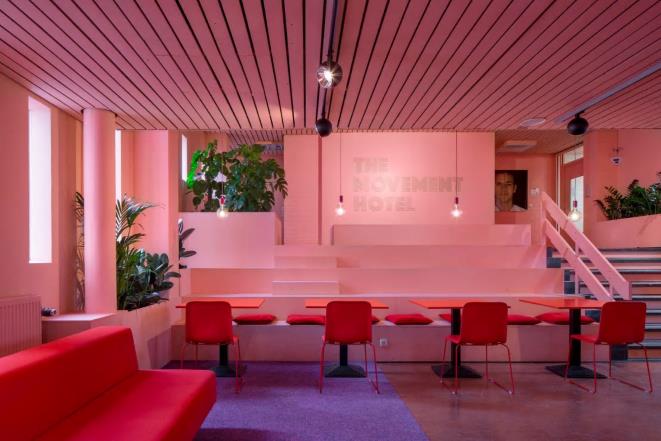 Most projects that you come across with us on homify are intended for a somewhat longer term. But in this case we show you something that no longer exists in this form. Yet it is extremely worthwhile to view this whole! It concerns a temporary hotel in an old prison! You have probably heard of the infamous Bijlmer Bajes in Amsterdam and there has been a pop-up hotel for some time that was run by refugees and hotel industry professionals. The creative interior architects of ÈMCÉ Interior architecture, also based in Amsterdam, were responsible for the special design of this temporary project. We still have the images and would love to see them!

Op The photo shows the lobby of The Movement Hotel. As indicated in the introduction, a temporary hotel in the former Bijlmer Bajes in Amsterdam. A striking pink color was chosen by the interior architects. Precisely that was also necessary to give the former white and sterile room a completely different look in a simple way. A simple grandstand is built over an old staircase and has created nice seating areas that can be used as a lobby and breakfast room. 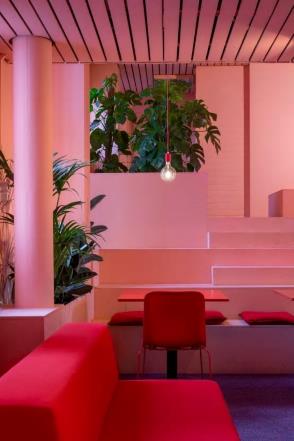 Just a detailed photo of the lobby. You can see how nicely the whole is decorated with some planters and also how a simple light can give a very nice effect. The pink color provides a very warm appearance in a room that would otherwise have been incredibly chilly. They could not have chosen a better color for this place. 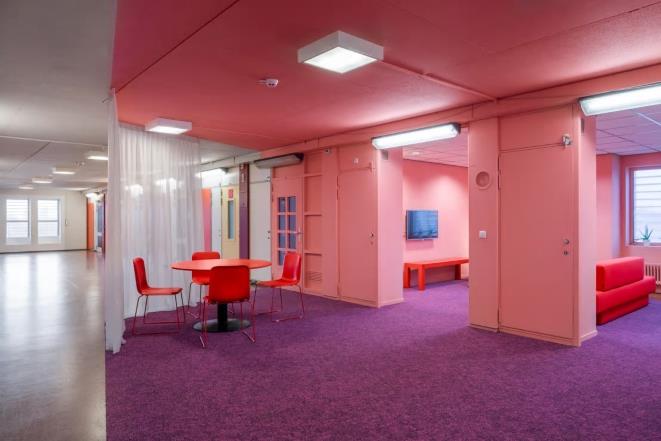 It is precisely this photo that makes it very clear how much difference the color has made here. On the left you see the boring and white prison as it has been for years and on the right the bright hotel lobby. From the point of view of interior architecture it is very nice to show that contrast in this way. Certainly also because this is a temporary project, it is not bad at all to show some of the original function and style.

Sleeping in a cell

It is a shame that this hotel is closed again, otherwise you would have had the unique experience of sleeping in a cell. It is still recognizable as such and it has been decided here not to use too bright and loud colors. The word Freedom? on the wall is also a very special way to get the guests thinking a bit. Fortunately there was a comfortable bed here and, as far as we were informed, the guests could simply walk outside without hindrance. 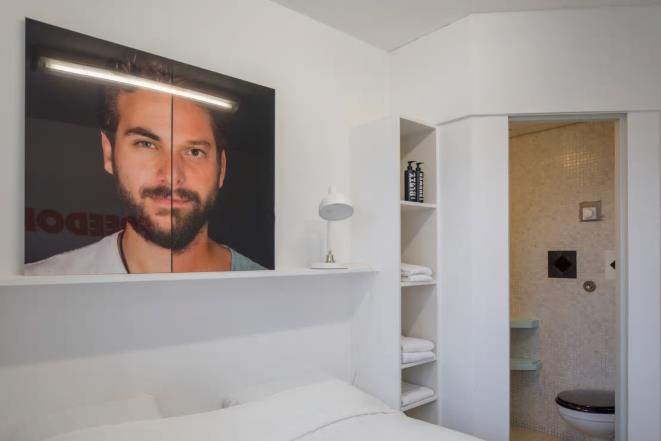 The hotel room was equipped with a small bathroom that offered a bit more luxury and comfort than was the case in the cell at the time. Also pay attention to the photo above the bed: also a very special way to artically emphasize the double layering of this space. 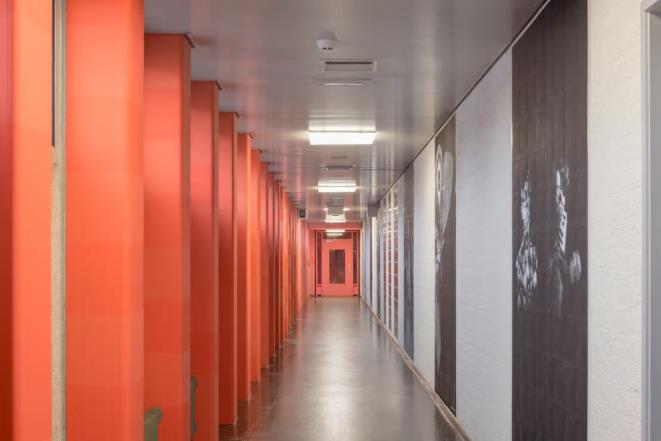 The similarity between a prison and a hotel is that they are generally both provided with long corridors. Here too, the contrast is beautifully depicted by the pink painted columns on the left and the white walls on the right. The latter are, incidentally, provided with some images to make it look a bit more cheerful. 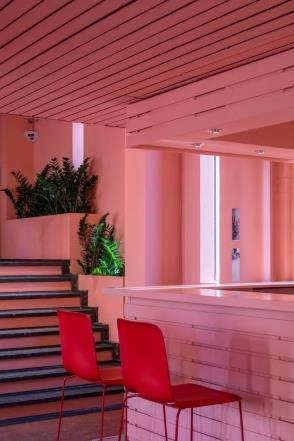 We conclude with a photo of the bar. After all, you also want to be able to drink a drink! This bar is constructed with a simple wooden construction and that looks really nice! That also applies to this entire project. Even if it was only of a temporary nature, the interior architects have shown beautifully what they can do with it. Curious about such a special location? Take a look here too!