Adventure, culture and wildlife in August: where should you go? 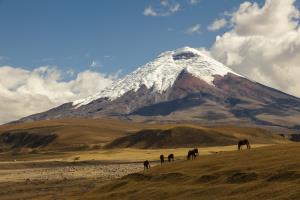 & # 169; Lonely Planet Adventure, culture and wildlife in August: where should you go?

August, a beautiful summer month. In which places can you avoid the high season? We went looking for you and found the best locations for adventure, culture and wildlife encounters. 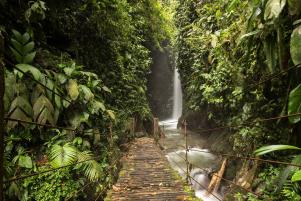 Ecuador has the best of what South America has to offer in a small area. In Quito and Quenca you will find colonial architecture, for Inca ruins you go to Ingapirca and in Otavalo, Saquisilí and Zumbahua you can enjoy the local markets. You will also find the beautiful "Avenues of the Volcanoes", with the photogenic Cotopaxi (opening image) as the highlight. For wildlife you can go to the Amazon forest, the Galapagos Islands or the beautiful cloud forests in the north of the country.

Both the highlands and the rainforest are the driest in August, the ideal moment so to take a closer look at the cultural highlights of the country and go on an active tour. What do you think about rafting? Or the climb of one of the many volcanoes? It's all possible in Ecuador, and at very attractive prices. There is a wide range of accommodation that is absolutely value for money.

Itinerary: Drive from Quito in a northerly direction to the cloud forest of Mindo to spot hummingbirds and to the lively ones market in Otavalo (on the way you cross the equator!). Then head back south for a hike on Cotopaxi or Chimborazo, or take a dip in the geothermal waters of Baños. Discover the remains of the Incas at Ingapirca and certainly admire the historic Cuenca. It is certainly worthwhile to provide time and money to go deep into the Amazon, to the Napor River. You can stay in one of the beautiful eco-lodges, run by locals.

Important to know: Due to the rough sea and the clouds in August, a cruise is possible to the Galapagos Islands less recommended. 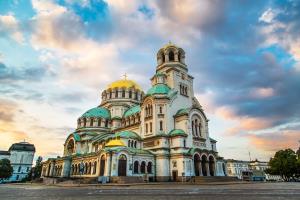 Wandering between Roman ruins and hiking in the hills of Sofia, Bulgaria

Constantine the Great loved the city of Sofia very much (at the time) Ulpia Serdica), and called it "My Rome." And to this day it is a very sympathetic city, with an intriguing mix of Roman basilicas, Ottoman mosques, churches with onion-shaped domes, Art Nouveau country houses and monoliths from the Soviet era.

Sofia is also a cosmopolitan place with a vibrant food culture. Visit the city in August to fully enjoy the terraces overlooking the Vitosha mountain (the outdoor playground of the city). Turkish, Greek and Balkan influences melt together, giving Sofia a unique, lively atmosphere. The city is modernizing at a rapid pace, but offers an excellent price-quality ratio. Especially when it comes to food: from savory banitsa (cheese pastries) to refined traditional dishes. And then there is the Bulgarian red wine mavrud, from the Bulgarian grape variety by the same name.

Itinerary: Sofia Airport is located in the southeast of the city. The metro line from Terminal 2 is the fastest way to the center, where there are many accommodation options. After discovering the city, you can take a minibus to Boyana to admire the 13th-century murals in the church. Continue to Aleko for a hike up the Vitosha mountain.

Important to know: For your own safety and the prices set, it is recommended to use only official and reputable taxi companies. OK-Supertrans is a large, reliable company.

Other months: November to February is really winter, with Christmas markets in December; March-May it is fresh and cheaper; June to August gets hot and busy; September to October the weather is cooler and the city is full of beautiful autumn colors. 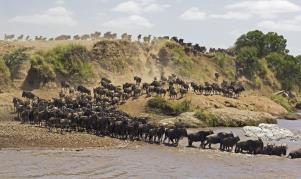 Seasonal migration of the wildebeest in the Masai Mara, Kenya

If hundreds of thousands of wildebeest come to a river, you get a huge bottle neck ... the gnu file of gnu files. And when they walk through the water in large numbers, struggling and avoiding the hungry crocodiles, it becomes a dramatic spectacle. The circular migration of about 1.5 million blue wildebeest, and a number of zebras and Thomsongazelles, usually reaches the Mara River around August (although some animals already reached the river in July), which flows through the Masai Mara National Reserve. The perfect period to experience the great crossing up close!

Holiday plan: Most safari travelers fly to one of the runways in the Mara, but a drive from Nairobi is easier. The lodges and camps in the west and northwest of the reserve, near the confluence of the Mara and the Talek, are very suitable for seeing the crossing from close by.

Important to know: If you stay in a private room in the north or east of the Mara, you may have an even better chance of spotting wildlife. An alternative is to stay in the northern Serengeti in Tanzania, near the Grumeti River, which is usually crossed in June. But beware: the exact moment of the crossing cannot be predicted.

Other months: July-September the wildebeest move around in the Masai Mara; in October they graze in the Mara; from November to March the wildebeest return to graze and reproduce in the southern Serengeti; they migrate to the northwest in April-June.