Are you guilty of this irritating behavior? 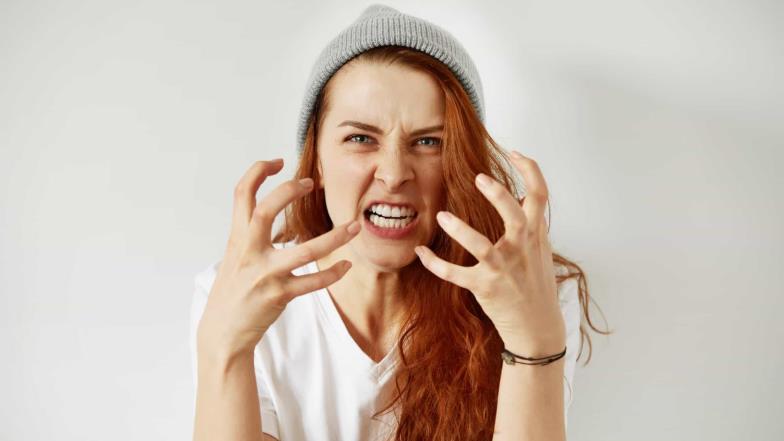 © Shutterstock If you do this, people will be annoyed by your behavior without being aware of it.

Some people can be really annoying, but why do they actually display such annoying behavior? Perhaps it has to do with a lack of empathy, but it can also be related to the fact that they simply do not realize that they are doing something unpleasant. Chances are that you too sometimes do what others are bothered by. If you are sometimes guilty of the following, you might ruin someone's day.

Phone screen in the cinema: not only calling is annoying, but the light from your screen also makes people suffer. If you necessarily have to grab your phone, turn down your brightness as low as possible! Inconspicuous bragging: you may think that you don't notice it because you reach the subject in a detour, but often people still realize it. never on the left when other people use the escalator. Skip greeting: even if you are in a hurry, you can best say 'good morning' to the cashier. Repeating sounds: the person making the repeating sounds hardly ever has problems with it , but the rest is. So be careful with chewing gum chews, tapping your foot and other 'innocent' sounds. Resetting empty packaging: it won't clean itself up and it makes sense that the last user will also throw it away. Put private messages in groups: if the subject is just one person, the rest really have no need to read along and receive continuous notifications. Blocking public spaces for a photo: are you taking a photo in a public space? Then take into account people who want to pass by instead of having to take you into account and take a detour to avoid the shot. Occupying a seat next to you: never put your bag on a seat next to you unless there is more than enough free space spaces are. Unclear social media messages: say what is bothering you instead of placing unclear hints such as: "Pfft, you don't mean this ..." and don't explain anything further. Vibration function: it's nice that you have turned off your sound , but don't forget that the vibration of your phone can also be heard and even felt. Turn off your notifications if you receive a new message every minute.