Back to Mom and Dad: "I spent hours in the bath just to be alone" 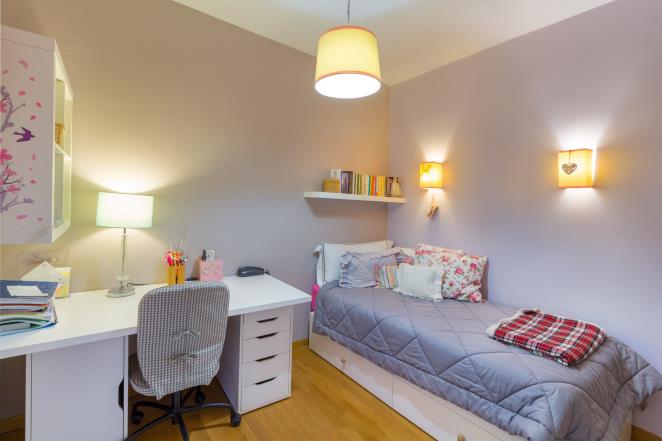 They are called boomerang children: children who after years of living on their own return to the parental nest. After such a time on your own two feet, it can be quite an ordeal if you are suddenly looked at again by your parents, Maarten, Renée and Jacoba noticed. But: there are also advantages.

According to the CBS, it is increasingly common for children to live with their parents again for a while. In 2016, a quarter of nesters returned to their parents within five years, while in 2004 it was less than 20 percent. Women boomerangs slightly more often than men: 26 versus 23 percent. This is mainly because women leave home at a younger age. Because of the men and women who leave the house at the same age, men return more often. They also stay longer in the parental home: two years after their return, just under half (48 percent) still live there. For women this is 37 percent.

For about a quarter of the boomerang children, the breakdown of the relationship is the most important reason to go home, according to the 2013 Family formation survey. This was also the case for Maarten (26). He was out of the house for six years when he had to turn to his parents again because his relationship went out. The apartment he rented together with his girlfriend in Utrecht, they both could not afford on their own and they both had to look for accommodation. But just look at it immediately and in a city like Utrecht. His ex stayed in the apartment until she found something new, Maarten left for his parents in Amersfoort.

That took some getting used to. "I can do very well with my parents, but it was a bit of a change after six years on my own. If I went to work in the morning, my mother asked what time I would be home in the evening. I understand that she wanted to know it from a practical point of view, but I am a free man, I know a lot what time I get home. I found it pretty annoying. In a relationship you also have to take each other into account, but that is different anyway. "

"Are you gaming again?"

He also didn't like the fact that he had to account for his studies on a daily basis. "That study had been on the back burner for a while. Now it suddenly became a daily topic of conversation at the dining table. I felt like an adolescent again who had to say if he had done his homework. Even when I was playing, my parents get involved with me in the old-fashioned way. "Don't you have to work? Don't you have to finish your studies?" All from a good heart, but for me it sounded like nagging. I hope that this will not take a very long time, I thought soon. "

Great fights were not happy. "I noticed for the first time that my parents and I are quite different. They have very different views, for example about politics. They are a lot more conservative than me. It didn't lead to real clashes, but as such When the subject came up, I ate my plate as quickly as possible and then spent the rest of the evening in my room. "

Although he is grateful to his parents for their good care, the relief was great when he found accommodation again after 4.5 months. "Don't get me wrong: it was very nice that I was able to turn to them again, but sometimes it was a bit of a disappointment."

Renée Smets (31) actually likes it, looking back on the old nest. She has been living with her mother for a month now, after ten years on her own. She is leaving for Australia for a year on Sunday and it was so easy and cozy to return under mother's wings. "It's just very cozy. The house is quite big, so there is enough space. Of course you have to take each other into account, but there's nothing wrong with that." 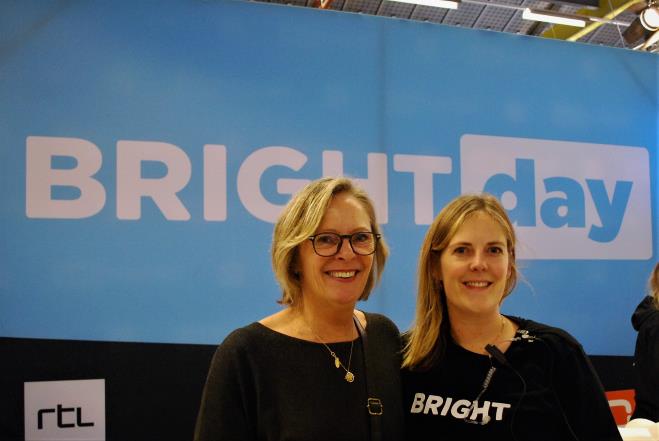 They have not made any arrangements in advance, except that Renée lets them know if she eats at home. "I notice that my mother expects that. I act like a child again. If my mother says: tidy up your shoes, I will do that too. I also like being cared for again. Until now it is going very well. It is actually very luxurious, such a spread bed until I leave. "

What has disappointed her is the village life in Bladel in Brabant. "I have to get used to it again. I now notice how much a bubble I am with my millennial life in Amsterdam. Take Zwarte Piet: they don't want to know anything about soot wipes here. People also find that I have a Turkish friend in Australia but exotic. You are stared at in the supermarket because they cannot place you. "Oh, you are one of those and those." I feel a bit like a yup here, while I really don't look special. It's really a bit more narrow-minded than I was used to. In fact, nothing has changed here, but I have changed. "

That the latter also noticed Jacoba Vester (35) when she went 'live' on Urk again with her parents. Her (now ex-) husband abandoned her for another woman and on top of that she also lost her job. A difficult period in which she did not want to be alone. "I was emotionally hurt by that fracture. I was troubled by fears. In the beginning it went well, but the longer it was, the harder it was for me. I just didn't want to live alone, had a some support needed. All our friends chose his side, I had no one left. "

She decided to look for a job near her parents and found it. Twelve years after she left, she moved in with her parents again. "Then you are 30 years old and you sleep in your old bedroom again. A little doubler and a cupboard, that doesn't fit in. My parents live in an old fisherman's house, which is very noisy. I used to be used to that, but now I had I had a lot of trouble with that. I had zero privacy, every phone call I made could literally be understood by my parents. I thought that the worst thing was that they were on top of everything while I tried to pick up my own life as a bachelor again. I had a date, they wanted to know where I was going and with whom, I had to show photos, send an address, and once I had an appointment with someone in Germany, I had to call when I was there so they knew I was safe I had been able to do it on my own for twelve years, but I couldn't get it in. Just leave me, I thought, I am an adult woman and I really do not have seven locks at the same time. "

To have some time for yourself Jacoba fled into work. "I took hold of weekend shifts that nobody else wanted. Then I would have had a bit of air. And every evening I would spend hours in the bath to be on my own." She also had to get used to her parents, she says. "We were a little too tired of living together. But you quickly shoot into the old patterns again. Once we were back in it, it was hard to break through. The whole household was done for me, I didn't have to cook anymore, breakfast was ready for me in the morning, just like in the old days, except that I was twelve years older now and had learned to live on my own. On the one hand it was easy. had just started a new job, then it would be great if you were taken care of like that.My mother insisted on doing it herself, 'you are busy enough already', she said. "

But she did not feel completely at home there, and that was mainly due to the village. "Urk is very Christian and reformational. I had pink hair, I was wearing a fluffy coat with my tattoos and makeup, and I am not the slimmest. That made me a point of interest in the village. People didn't ask 'who is that then?' but “what is it then?” They found it offensive that I was just like that. My mother was approached by the baker. It was a shame that her daughter was divorced anyway. the village would not have stood still in those twelve years, but I was mistaken, I found no connection at all, even the practice nurse at the doctor I consulted said that I would never settle there. to build up her own life. "

After a year and a half, she did that: she found a new love and a house in Apeldoorn. "A relief to be able to stand on my own two feet again and be able to do my own thing. Even though my parents and I all cried the moment I left home. It would have been special anyway."

Moving in with your parents can be quite tough for both parent and child. How do you prevent fights and irritations and ensure that it stays cozy? Talk to each other, make clear agreements, advises family psychologist Dave Niks. "Agree with each other on how you are going to do it. What do you expect from each other? There are unspoken expectations from both sides, speak out. Everyone has their own habits and rituals. If you return as a child and simply invite your friends and girlfriends , making a late noise and plundering the fridge as if you were at home can lead to major irritation, and vice versa. It is an adjustment anyway, but from two sides. "As if you were visiting. Try to prevent yourself from stepping back into that childhood role of the past and unknowingly falling into old patterns. Then certain things might not be possible now. Stay close to the person you are as an adult."