Blackbird's wish for children was unexpectedly fulfilled: Max is a miracle 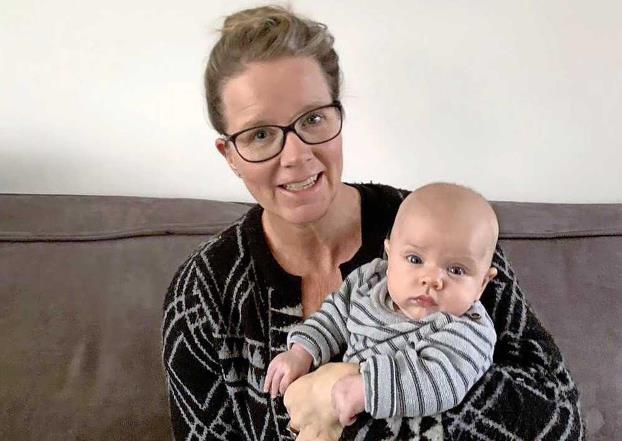 Merel (42) and her husband Norbert (42) very much wanted children, but after countless failed attempts they feared that their wish for children might never be fulfilled. Until that December day in 2018.

Merel and Norbert know each other from the past, but ran into each other again at the age of 35. After a year together they went for a child. "Because of my age, I had already set myself up that it would not work out in one go. And that was right: it was difficult for us to have children. "

The two decided to go into the medical mill. "I started with iui treatments. The first treatments were not very invasive, even though they were with hormones. Miraculously I got pregnant between the first and second treatment. Unfortunately I got a miscarriage after 6 weeks. We did a total of six treatments, but realized it wasn't going to be unfortunately. "

The couple switched to ICSI in 2016 - a special form of IVF - because that treatment has a greater chance of success. Because it turned out that Merel could become pregnant, Norbert and Merel remained positive. ,, We did five treatments, the fourth in Germany. At the fourth time, not even an embryo emerged. The fifth attempt at another hospital was also unsuccessful.

I always had minimal egg cell returns. Norbert didn't like it when I said it was my fault, but that was a logical conclusion for me. If there were any embryos, they were of poor quality. We have always remained strong and did not give up hope, but it was sad and difficult for me to see pregnant women; some have three children in five years. Why not us 1? "

After a total of eleven treatments, Norbert and Merel decided to go for egg donation. ,, An acquaintance of us had offered to be a donor. Last year we therefore started the treatment for egg donation with her. Three very beautiful embryos were then placed back with me. But nothing happened again after three replacements. We were really disappointed then. ”

For Merel, it was then completely finished last August. ,,I was sick of it. We were always busy with it. I quit my stressful job at the beginning of last year, I lived healthily, I did yoga classes, I took supplements ... If even that didn't help, I would not know either. "

And then Merel suddenly did not have her period December 2018 . That never happened. ,, I had to go to the hospital for a final examination that month and exclude that I was pregnant. I did a test and was pregnant! It took a long time before I could believe that. "

It took a while before Merel could enjoy her pregnancy. "I thought," Why should things go well now? "But when I felt spades, I could slowly admit that things had to be right this time."

On August 22, she could her son finally in her arms. "It remained very exciting, but the tests and echoes were always good. It took a long time, but maybe it should have been that way. In the end, he really is a product of ours together and proof that you can't predict anything in life. "

" We recently received the last bill of our last unsuccessful treatment. That was confronting for a while, but it was more than worth it. We never expected it, but are grateful for every moment we have with him. I don't know how it worked out, but anyway: Max is literally and figuratively a miracle! ”