Can you keep a secret? These are the 10 most beautiful travel mysteries 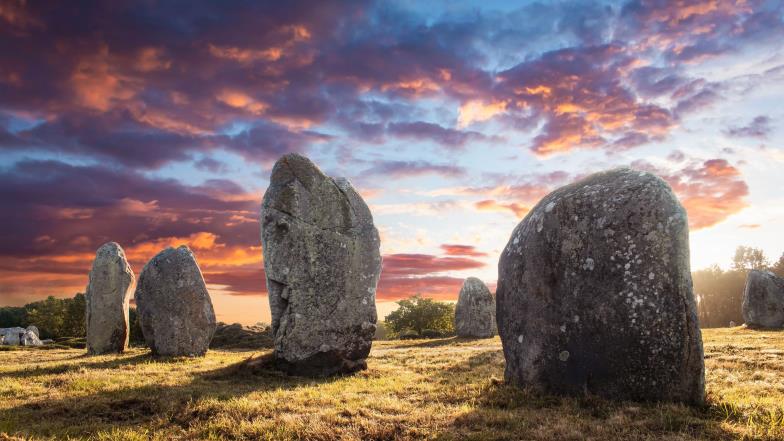 © copyright Columbus Travel 2019 Columbus For Columbus readers, traveling is not only a way to break routine, but also to uncover secrets and to be surprised. They are happy to share the most beautiful mysteries with you. Can you keep them secret?

Community member Hamminga: 'On the beach near the town of Vik in Iceland you can see beautiful and bizarre rock formations. These are the rocks of Reynisdrangar: large basalt columns rising from the ocean. The highest column is 66 meters high. Our son loved it here: he was able to climb on the columns and found the most beautiful round-worn pebbles (plus indefinable smelly bones). " 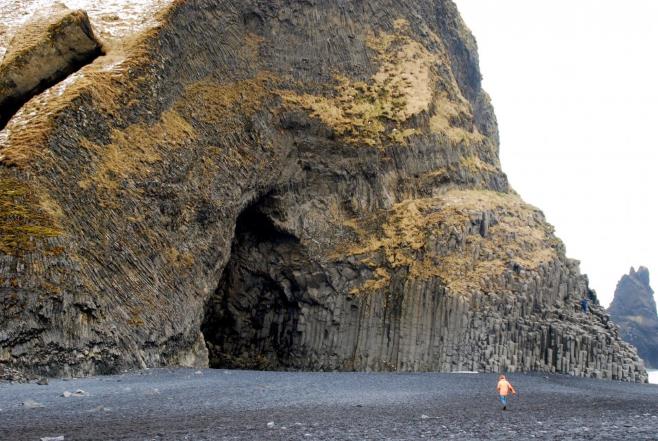 Community member Whelder: 'I am very proud that my photo of the hummingbird in Nazca has been placed as road dream in number 85 of Columbus Magazine. The geoglyphs (earth drawings) of Nazca are so mysterious, because what exactly is their message? You can only see the drawings well from the air. This photo is my favorite. In my view, the tail seems to be the precursor of the famous monkey's tail. " 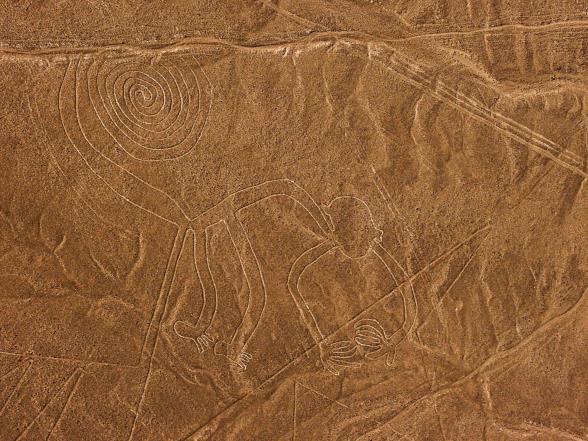 Community member Marc van Kessel: 'The mysterious bird man culture (Tangata Manu) on Easter Island consisted of an annual competition in which men, on behalf of their tribal chiefs, sent the first egg from the colorful tern of rock island Motu Nui to the main island. They had to descend the 385 meter high Rano Kau (photo) via the cliffs to swim to the island 500 meters away. Then they had to swim back with the egg and climb the same cliffs. Many people died every year. 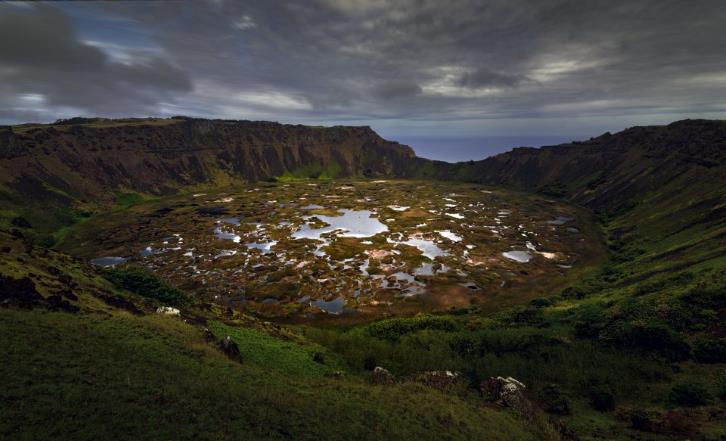 Community member Dianadm: 'Near the village of Khndzoresk in southern Armenia, there is a large cave city that was inhabited from the 13th century to the 1960s. The caves lie on the slopes of the Khor Dzor gorge and can be reached via a 160-meter suspension bridge, which was built by the villagers in 2012. The bridge forms the connection between the new village and the old cave city, a bridge between the present and the past. The view from the bridge is unparalleled, at least we are told that because when we are there it is already foggy for days. And although this looks like a black and white photo, it is not. The fog seems to absorb all colors. Mysterious though, but the beautiful surroundings will always remain a mystery to us. 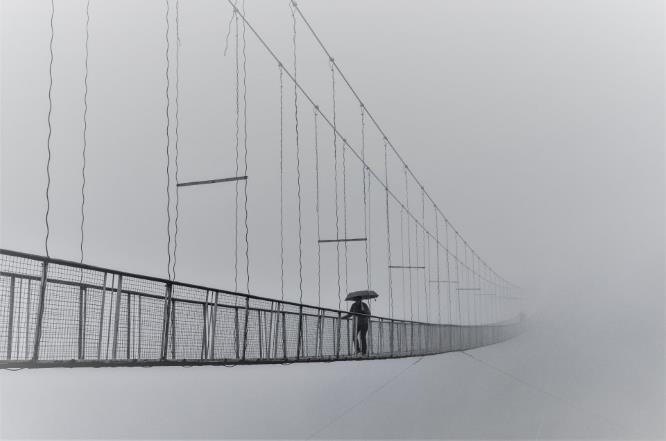 Community member Jeanique: 'Carnac, located on the south coast of Brittany in France contains more than 2,600 ancient upright stones (menhirs). Originally there were 11,000 stones in this area. 5000 BC these stones were placed on this site and with that they are the oldest buildings in Europe! How did they get the stones there and how did they keep the stones upright? That still remains a mystery. The function of these monuments is believed to be associated with prehistoric shamanic rituals. The stones are also associated with rituals around the sun and the moon. In short: It remains a mystery for which these menhirs exactly served and how they got to their place, but it remains a special scene to see! " 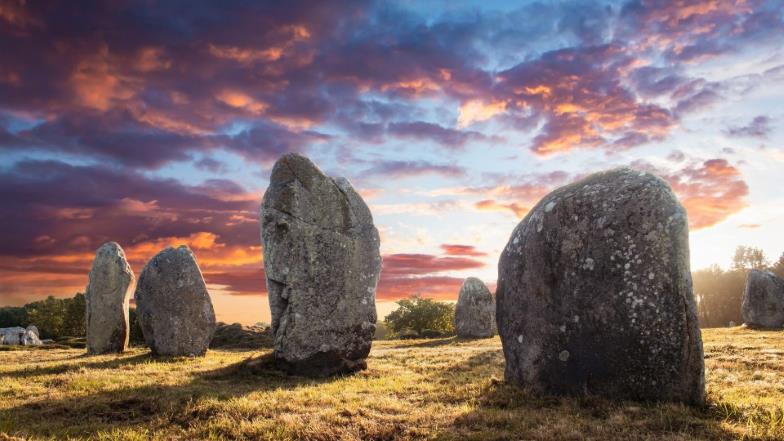 Community member Anita Grotewal: 'In the 19th century there was an uprising in Lithuania and crosses were placed on the defensive hill for the first time. Over the centuries not only crosses were placed here, but also large crucifixes, engravings of Lithuanian patriots, images of the Virgin Mary and thousands of small images of saints and prayer chains. This has been and continues to be done by Catholic pilgrims today. The exact number of crosses on the hill is unknown, but it is estimated at 50,000, although a hill visitor would soon assume more than a million. (source: Wikipedia) How special is it to spend the night at the foot of the hill in the camper? A wonderful sunset entirely for myself. The atmosphere there is so different than during the day. Then there are buses full of believers to place another cross on the hill. "

Community member Co Rijkmans: 'What a beautiful location! This holiday home is on a hill. Behind the house is Al Khazneh ("The Treasury"), but there is no visual contact and at the front you have the empire alone. Enjoy the wide and breathtaking view from one of your balconies. The detached holiday home is easily accessible by foot or mule despite its unique, free location. There are plenty of parking spaces at the edge of the site and there are several good bus connections with the surrounding, characteristic villages. The interior, with many original accents and lots of wood and stone, will surprise you and give you a warm and romantic feeling. You will feel like a local in this authentic holiday home! " 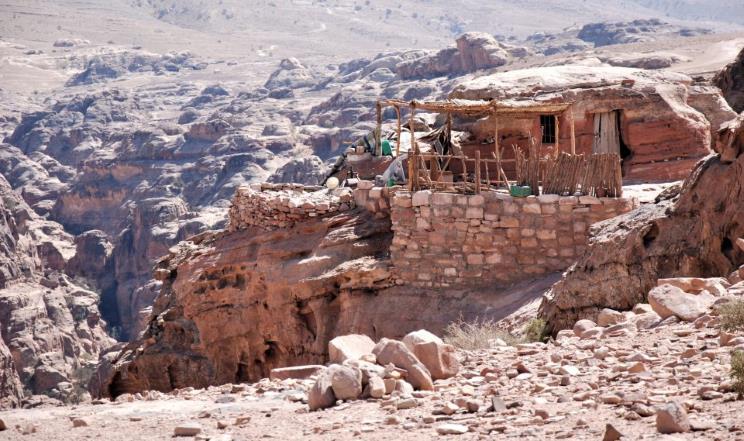 Community member Cunodebruin: 'Perhaps one of the most beautiful landscapes I have been to. The Seiser Alm in the Dolomites, Italy. At five o'clock the alarm clock was set to have perfect conditions in this area. The light and fog are perfect for this shot. The Seiser Alm, or in Italian the Alpe di Siusi, is the largest Alpine meadow in Europe. This photo was taken with a drone. " 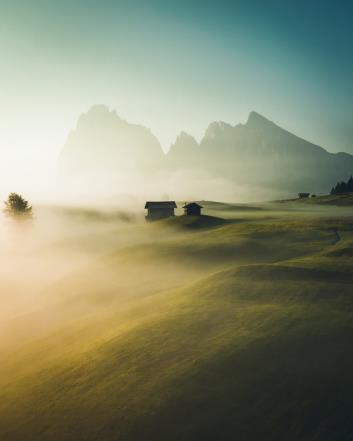 Community member Bart Deren: 'We had to get up early to catch our boat to spot wildlife. Upon arrival in the small port of Tofino we were given a magical view of the small islands and mountains. I couldn't help but let go of my drone and record it. " 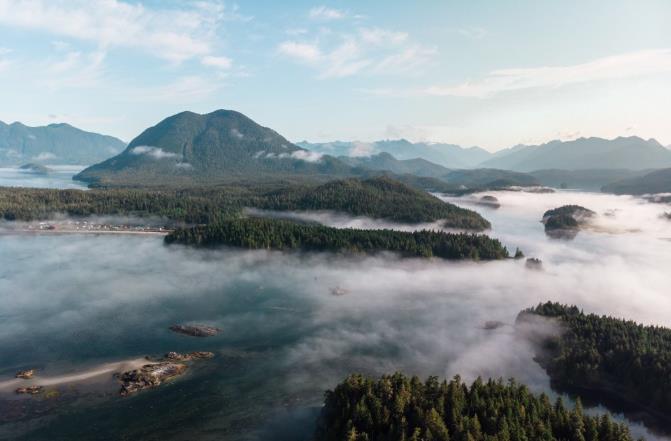 1. Unearthly morning in the US

Community member PholinaH: "Without a doubt, this was the most mysterious view ever! You imagine you are on a different planet, but you are in Canyonlands National Park (Utah, USA) at the Mesa Arch during sunrise. Only when the sun rises does the Arch get this magical glow. Under the arch you look at Buck Canyon and the La Sal Mountains in the background. One of the highlights of our motor home trip. " 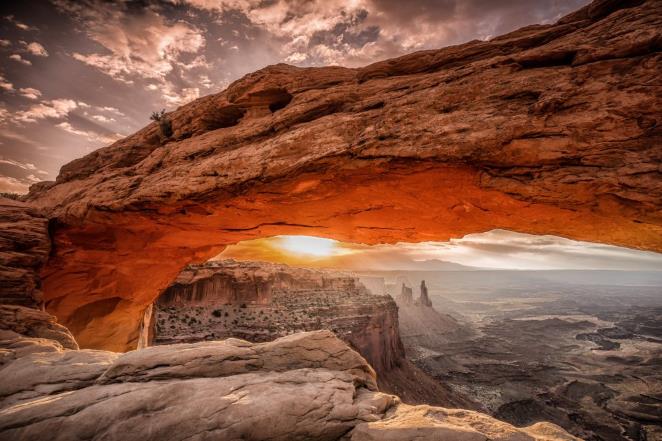 Community member PholinaH wins an Air Europa flight ticket for a destination of your choice in Spain and a publication of the winning photo in Columbus Travel.

As a Columbus community member you can participate in various photo competitions. Read more information here.