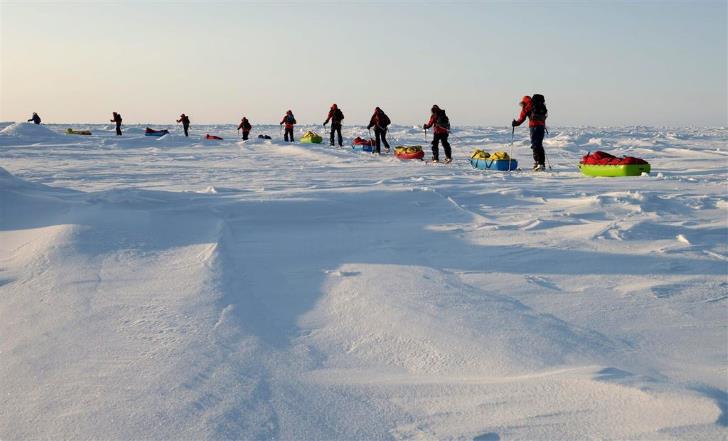 Mike Horn and Borge Ousland hoped to cover almost 1,670 kilometers in a maximum of three months. Alternately on skis and walking they wanted to cross the North Pole through the frozen ocean. They should have been there already, but global warming is making their journey more difficult.

The 53-year-old South African and the 57-year-old Noor are each pulling a sled while skiing with food and other necessities. At the end of August they left by boat. They reached the ice on September 12. They should have reached the other side by mid-November. There they would be picked up by their boat.

But climate change makes crossing a lot harder. The sea ice is very thin in many places and that slows down their journey. "Due to global warming, the ice is thinner than normal. That makes it more moving, ”explains spokesperson for the expedition Lars Ebbesen to the AFP news agency.

The duo, which does not yet want to be saved, hopes to reach the finish line within ten days. They don't have any more rations with them. Ebbesen explains: “There is no great drama or danger, but it is uncertain whether they will make it. We are considering whether it is possible to bring them more food. ”

For the time being, there is no evacuation planned. The two want to complete the trip themselves. They probably did not expect the ice to be so thin, but global warming continues unabated.