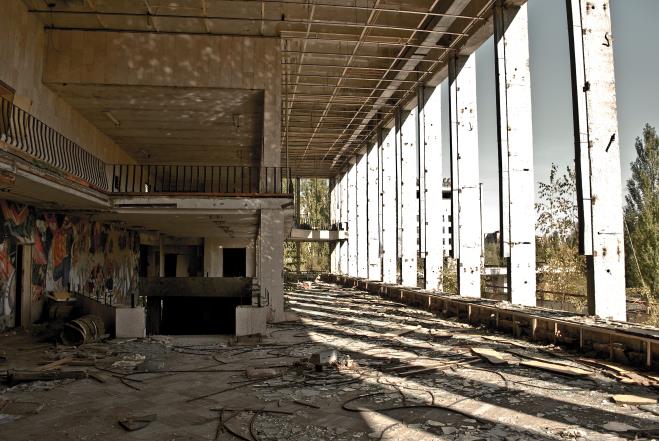 Dark tourism is a form of tourism where you visit sights that are related to tragic events. We list eight "dark" travel experiences. Would you like to experience them?

1. Flight from Mexico across the American border

The border between the United States and Mexico: a world-famous border between rich and poor. Every year millions of migrants try to make the crossing with the hope of a better life. It may sound cumbersome, but you can now also experience what it is like to enter America as a migrant. In the Mexican theme park Parque EcoAlberto it is possible to take on the role of a Mexican refugee. You go with a "guide" through dry forest and meanwhile you hear threatening shots around you. You are even attacked by a gang; situations that could all really happen. Criticisms can be heard worldwide about the tour, because why would you turn such a terrible experience into entertainment? However, the tour gives you a serious and respectful picture of the experience.

Abandoned houses, roads and areas can be found in the area around the Fukushima nuclear power plant. (Photo: Instagram)

The nuclear disaster of Fukushima in 2011 was the result of a seaquake and the subsequent tsunami. It has been the worst nuclear accident ever since the Chernobyl disaster. There were no immediate deaths, but a large amount of nuclear energy was released, so that the environment was heavily polluted and the residents were confronted with life-threatening health problems. Real Fukushima offers tours in the most affected area. During the tour you travel around with a minibus and visit different places where you can clearly see the gigantic impact of the disaster. During the tour you also have a device on hand that you constantly monitor the radioactivity. You will see that this is very high ...

3. Visit the Island of the Dolls, Mexico

What do you think: would these dolls actually talk to each other? (Photo: Instagram)

La Isla de las Muñecas, also known as the Island of the Dolls, is a small island south of Mexico City with a spooky past. The island has known one resident: a man named Don Julian Santana Barrera. The story goes that a girl drowned near the island in 1951. Her body, and a little later her doll, washed ashore on the island. Barrera then began to save all kinds of discarded dolls in memory. He hung them all over the island and claimed that the girl's soul possessed the dolls. The dolls would also whisper to each other and move their eyes. In 2001, Barrera died in exactly the same place where the girl's body washed ashore fifty years earlier. Today, La Isla de las Muñecas is a tourist attraction with a dark edge. For a fee you can be dropped off at the doll's island by boat. 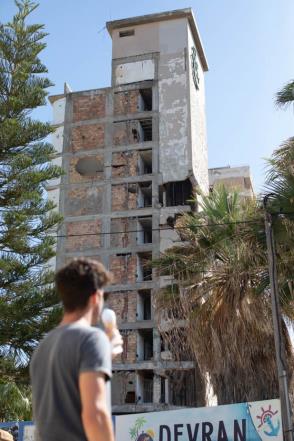 Varosha was once a beach district full of charm, but is now increasingly decaying. (Photo: Manon van der Zwaal)

The Varosha beach district in the town of Famagusta in northern Cyprus was a popular beach destination forty years ago. Tourists enjoyed the beach, turquoise sea and three hundred days of sunshine a year. The historic center and nightlife were also attractive. In 1974 the Turks occupied Varosha which resulted in the withdrawal of residents. Forty years later, Varosha is still uninhabited and guarded by the Turkish army. The seaside town has therefore become a real ghost town. The former hotels are about to collapse and you can see signs everywhere that it is forbidden to take photos. The atmosphere is laden and mysterious. You can only see Varosha from behind gates. For this it is best to go to hotel Palm Beach and walk to the beach from there.

5. Wander around in sad Oradour-Sur-Glane, France 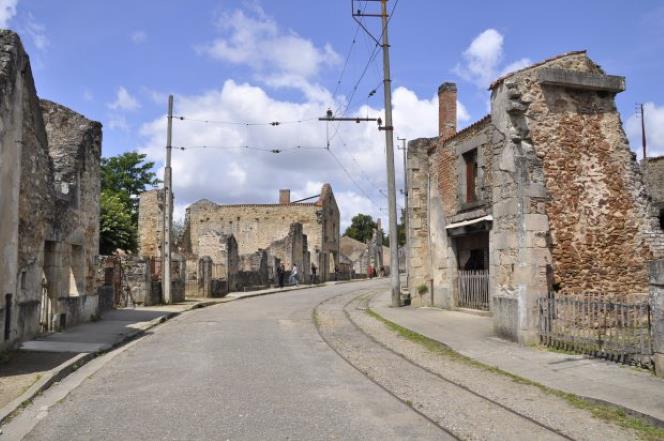 The uninhabited homes in Oradour-Sur-Glane now serve as a memorial monument. (Photo: MPhotographe)

On 10 June 1944, one of the most violent massacres in French history took place in the village of Oradour-Sur-Glane in the Nouvelle-Aquitaine region of central France. It was probably a revenge campaign by the Nazis. No fewer than 642 people were killed and their homes burned during the mass murder. Only a handful of people managed to escape by playing for death or fleeing into the forest. After the Second World War a new Oradour-sur-Glane was built. The then French president Charles de Gaulle suggested leaving the houses uninhabited, as a tribute to the victims of this terrible event. A place that evokes a double feeling. From the city of Limoges you can reach Oradour-Sur-Glane within twenty minutes by car.

6. Shoot it off at the Killing Fields, Cambodia

The Killing Fields; probably one of the most heartbreaking places in Cambodia. (Photo: Instagram)

Choeung Ek, probably better known as the Killing Fields in Cambodia, is an agricultural area near the Cambodian capital Phnom Penh. Between 1975 and 1979, probably twenty thousand people were brought here and killed by the Khmer Rouge led by Pol Pot. This was done luridly, to save bullets people were beaten to death by child soldiers. These children were then also killed so that they could not leak information. You can visit part of the Killing Fields. It is advisable to go with a guide who can inform you of all important details. Most tourists will come here to learn about these terrible events. But there is also a second option: as a tourist you can "blow off steam" at special shooting ranges near the Killing Fields. You can rent a rocket launcher or AK-47 and then shoot at a cow or chicken. We are not a fan ...

7. Take a forest walk in the dark Aokigahara, Japan

In the beautiful but lurid Aokigahara forest, the vegetation is very dense. (Photo: Instagram)

The Aokigahara forest is a two-hour drive from the Japanese capital Tokyo. Aokigahara is also called the "suicide forest" because it is the "most popular" place to commit suicide. The forest is approximately 35 square kilometers in size and the trees are close together, giving the forest an oppressive character. The ground is also very rocky, so there are no clear hiking trails and you can easily get lost. Suicide is a major social problem in Japan and is common. The causes mentioned are the individual culture and high pressure on work. The forest has become popular through various books that extensively describe how you can best commit suicide. It regularly happens that disaster tourists go to the forest to look for bodies. An example of this is the American YouTuber Logan Paul who, at the end of 2017, uploaded a video in which he filmed the body of a man and joked about it. You could also call this a form of dark tourism. 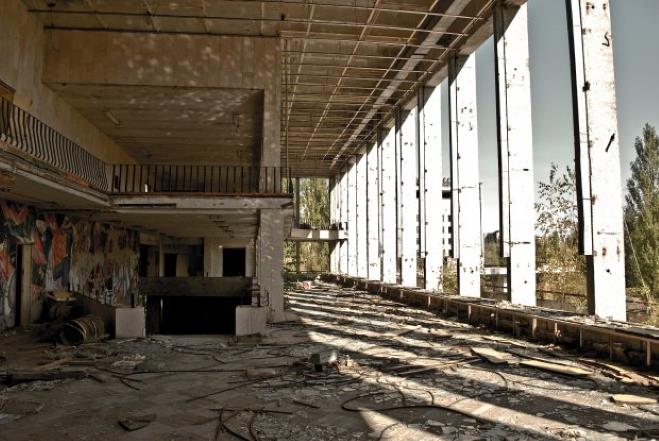 Thanks to the eponymous series, Chernobyl is extremely popular among tourists. The story is well-known: the Chernobyl disaster is the largest nuclear accident ever. Large quantities of radioactive substances were released and 31 people died. After the disaster, the once fifteen thousand inhabitants were massively abandoned and the city has since been turned into a ghost town. There is still radiation in the air. If you want to get to know the abandoned city and see the remains of the terrible disaster with your own eyes, that is possible. Go2Chernobyl is an organization that organizes day-tours from the capital Kiev. During such a day trip you take a bus to the area and you get a tour of a guide who tells you about the history of Chernobyl.