Do you intervene if a loved one is attacked? 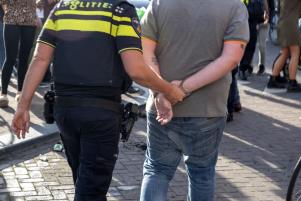 Temptation seducer Giorgio and his girlfriend Samra fell victim to a heavy fight at a festival in Belgium last weekend. While apparently twenty men had anticipated the seducer, his girlfriend jumped between them. They were both injured. It reminded me of an incident long ago.

It was about 15 years ago. As teenagers we were with a group of friends for a couple of nights at camping Bakkum. Together with a friend I walked across the square when we were annoyed by a group of boys. My dating at the time just happened to come up, so we told them what the group had hurled at our heads. When it became very intimidating, I jumped in between. And it was exactly at that moment that the biggest boy lashed out with his fist that landed on my eye.

It may sound very heroic, but I cried with tears. The police came to the scene, we were taken and the only thing I still remember is that I got the feeling that we had done something wrong. Which of course is crazy.

The person who gave me the punch was already flown away from the campsite. I think he was in his late twenties and I remember that he wore a shirt and had impressive muscles.

The group came from Amsterdam and I would rather not see them again. So that night I slept at home, in my own bed. We had already been told that the boys from the campsite would have been evicted. I had a black eye for over a week.

Earlier we wrote about the bystander effect on VROUW.nl. And it appears to work slightly differently than is often thought; the larger the group, the smaller the chance that someone will intervene.

When I think back to 'my' incident, I realize that I could not have said in advance what I would do. I feel I stepped into the fighting company without thinking.

But whether I would intervene if I see strangers fighting? Honesty tells me that I probably won't be as heroic as that evening at camping Bakkum.