Donate her for cancer patients: "With a wig you feel less sick" 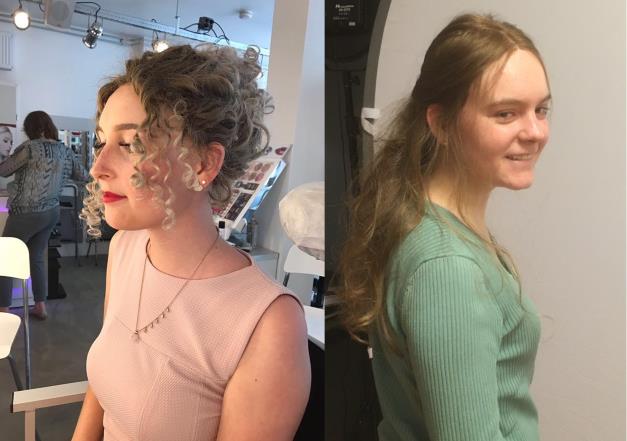 © Offered by RTL News Amber and Femke with their hairpieces

150 people with a big head of hair are coming today, on World Cancer Day, to the Maasstad Hospital to donate their saved hair. This is used to make wigs for people who lose their hair through chemo. Amber and Femke are very grateful to the donors, they know from experience how important a wig can be.

A physiotherapist in the Maasstad Hospital in Rotterdam saw cancer patients how much sadness caused the hair loss, so she decided to do something. She herself let her hair grow for donation and she took the initiative for a large donation. It is now the second time that the hospital has done this, and there is even more enthusiasm than the first time.

Anyone can donate for this, with any hair type. The only condition is that you have no dead and split points and that you donate at least 30 centimeters. It is cut in a tail or braid and processed in a factory in Asia into 'hairpieces' (high quality wigs).

Normally a hairwork costs around 1500 to 2000 euros, but cancer patients can often do this (partially) reimbursed by the insurance. And they are often very happy with that.

"I thought it was terrible that my hair went off," says Amber Visser. She was diagnosed with leukemia in 2017, when she was only 20 years old. Certainly in the beginning, when she still felt pretty good, she thought a lot about the consequences that chemo would have for her appearance. 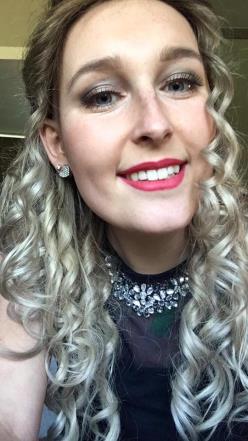 "As a girl or woman you are its just very important to you ", she says. Even before Ambers dropped her off, she already had an appointment with Lisa van de Schoor of Aderans Hair Center at Erasmus MC. She specializes in these types of hairpieces, and together they have precisely chosen the hairstyle that Amber wanted. As much as possible the color of her 'old' hair.

"He was ready in a corner of the room on a mannequin before my hair had to be removed. I found that a huge reassurance," says Amber. When the chemo made her really thin, she asked Lisa to take everything off. "That was a very annoying moment. I decided to look in the mirror, because otherwise the shock might be bigger afterwards."

Amber immediately put on the wig and together they model it brought. It was a good distraction right away. 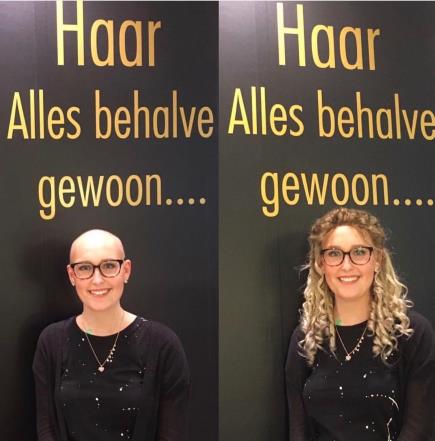 "As soon as your hair goes off, you are right that image of a cancer patient," says Amber. She had also said beforehand that she would not go out without her work a day as soon as she was bald. In the end she has worn it less often than she thought, but she has always been happy that the opportunity was there. "You are still sick, but you feel less sick with a wig."

Amber is getting a lot better now. Her last chemo was more than 2.5 years ago and through a stem cell donation the chance of recurrence is made as small as possible. "With leukemia they never say that you are completely healed, but the first two years are the most dangerous."

Even after all this time, Amber's hair is not as it was, but it is getting longer and longer . She thinks it is 'super good' that people donate for free, because she realizes that you have to hand in a lot. "I am very grateful for it, which is why I had a wig of real hair."

"Hair belongs to a girl who you don't want to lose that easily ", says Femke Wijnen. Her life took a nasty turn last November when she was diagnosed with a form of lymph node cancer. She has been very ill, but the last two weeks she feels a little better. 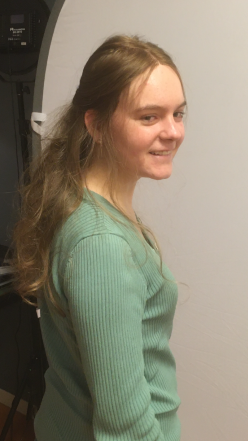 She is still in the middle of chemotherapy, so she has already lost her hair. "I kept it up with my own hair for as long as possible, but then it fell out," she says. Femke finally made the choice to take it off, at a certain point she had to.

Her parents had already contacted Stichting Haarwens for this, which arranges hairpieces for children and young people like Femke free of charge. Femke knew the foundation because she had once donated her, long before something was wrong with her.

On New Year's Eve, she was able to go to a specialized hair salon through that foundation to take the hair off and to immediately set up the hair work that they had previously selected. Femke is overjoyed because it is identical to her own hair. "It gives a lot of confidence." Even when she is with friends, she does not feel that she is different. "It's just like my own hair. Slightly longer, but the same color," she says. 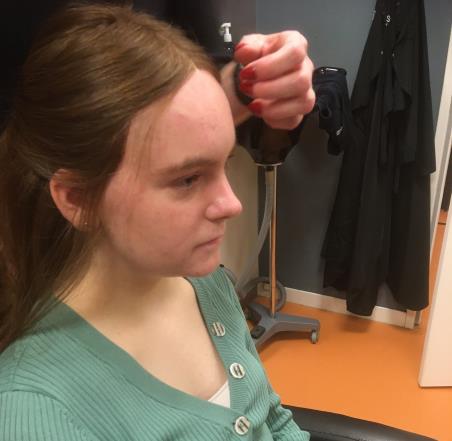 It feels strange that she herself once donated, and now there make use of it yourself. But she is also happy that there is hair available for women like her. "It's just so nice that so many people want to donate."