Dried flowers on the rise: 'They are hip, beautiful and sustainable' 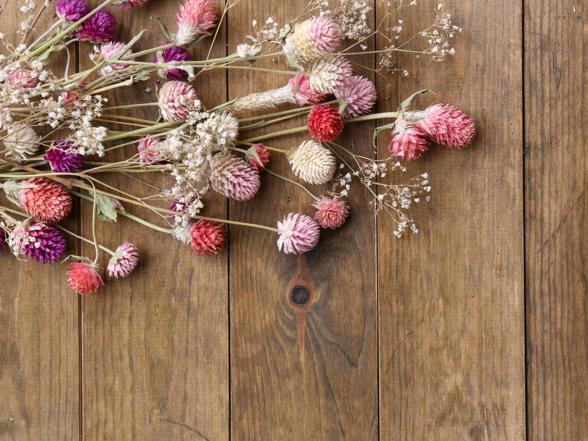 Dried flowers are not only beautiful, but also sustainable. According to trend watcher Anna Borsboom, they have been hip again for a year and at the start-up Always Special Dried Flowers they sometimes have 64 orders per day.

Dried flowers are definitely a trend, trend watcher Anna Borsboom sees. "I have really noticed it at the fairs for a year. I saw earlier that a fresh flower is no longer necessarily the criterion. You can also see fake flowers, of pastic, silk or paper. But last September saw I dried flowers for the first time at the big fair in Paris and they were very visible. "

Where do you buy dried flowers?

" I notice that the normal florist now also offers dried flowers ", says Borsboom. But there are also more and more websites online that offer the dried stems. For example Always Special - Dried Flowers by Carmen and her brother Danny de Bruin.

They started their website last November, says Carmen de Bruin. "I had a flower studio myself and saw how popular dried flowers became. I wanted to offer them, because I think they are so beautiful and sustainable."

It is going very fast now, says De Bruin. Sometimes they have 64 orders a day, and that's not even the number of bouquets. "It's crazy, but also a lot of fun."

You hang flowers upside down to let them dry (Image: 123RF)

According to De Bruin, dried flowers are an addition to normal flowers. They are part of it. In particular, the colored dried flowers go very fast with them. They are usually sprayed, because when you dry flowers yourself, they usually turn brownish.

According to Borsboom, 'very fake, weird, playful colors' are trendy, but she also sees many natural forests. "You see the trend of being environmentally conscious and nature reflected in it. The desire for natural materials, a more conscious life and a more conscious use of materials and raw materials."

What is the advantage of dried flowers?

According to Borsboom, dried flowers easily save 15 euros a week. It is a one-off - unless you dry your flowers yourself - and the flowers will last for a few years. In principle, other bouquets do not have to be bought. "If you don't put them where they get greasy and then dusty - like in the kitchen - they will last as long as a regular vase."

All that needs to be done now and then, is to make them dust-free. According to De Bruin, you do that by taking them outside and shaking lightly. She also recommends not putting the flowers in a draft or near a fireplace and not putting them in another vase too often. "They do break a little earlier than normal bouquets."

How do you dry flowers yourself?

This is a fun do-it-yourself project, says Borsboom. "You hang the flowers upside down. But not every flower is suitable. You don't have to try it with daffodils and tulips."

Almost all flowers that grow in the garden can be used , says De Bruin. Officially, dried flowers do not come from greenhouses, but grow in the sun. "You cut them and hang them upside down. Then they keep their color the best."