Esra lives with her children in a secret location 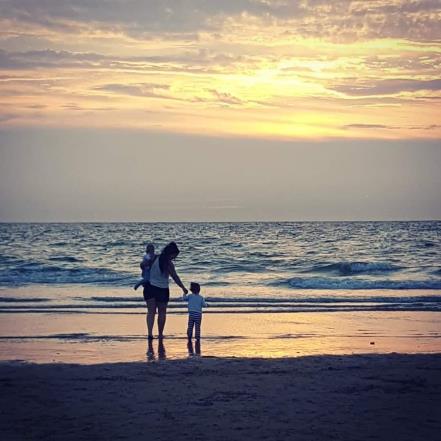 © Own image Esra and her children

Esra was threatened by her friend. Yesterday, the Public Prosecution Service ruled that her ex-boyfriend was sentenced to 6 months in prison and 3 years of an area ban with electronic supervision. Together with VROUW, Esra looked back on the turbulent period.

Esra and Mark * met through school. "We got to know each other via via and quickly fell in love. I was 19 and thought this was a real relationship. If I look back on it now, there were already signals. That way, when we had a fight, he could see right through my tears, they simply didn't care. He also never apologized; he was never wrong. "

When Esra was pregnant a year later, his behavior gradually changed. "He started calling everyone around me" bad. " He made me believe that I could not get anyone else and could squeeze my hands with him. My parents also noticed that it made me feel increasingly unhappy. My father is normally a very gentle man who never argues, but this went too far for him. As a result of my father's involvement, Mark became extremely angry and demanded that I distance myself from my family. ”

Esra did not respond to his threats despite his ferocity. "This caused something to happen to Mark. He appeared on my doorstep with a jerry can full of gas and said he would set fire to my house. I then immediately called the police. He then had to go to jail for a few weeks. I received many letters from him from prison: some very sweet, others threatening. He wrote that I couldn't raise our daughter alone. Because without him we wouldn't be able to make it. When he was released, I decided, especially out of fear, to forgive him. "

For a while it went well. "Mark made me believe it was a one-time outbreak and that he was going to be there for me and my daughter. I believed him until he was arrested for another case related to drugs. When he was stuck I found out that I was pregnant for the second time. This initially frightened me, but I also saw it as something hopeful: I hoped that having a son would make him bother, but that did not happen. When he was released, he immediately went back into the drug circuit. "

Esra sat alone at home with a newborn son and a daughter of now 2." My daughter was getting worse. She was always quiet and had anxiety attacks. I was shocked by this. It couldn't be that way anymore! The birth of our son had also not improved the relationship. But all this had opened my eyes. I decided to look for help and called Rosa Manus women's shelter.

When Mark got wind of it, he was immediately at the door. That was on Sinterklaas evening. He raged and the situation got out of hand: he became aggressive and used physical violence. I called in the police and he was arrested again. That was a horribly traumatic experience for me and my children. ”

Esra has waited too long to call in organizations that can offer help. "I was just terribly afraid of these types of authorities. I heard that they "take away" your children if the home situation is not viable. The idea of ??having to give my children scared me. But that fear turned out to be unjustified. "

" Rosa Manus has made sure that I now live in a safe, secret location. I can get my children back from the schoolyard. It is a great feeling that this organization has acknowledged that I am doing everything I can to be a good mother and that I am helping with that. Because of that and because of the recent decision of the OM, I can slowly breathe again. "