Esther: My grandson was injured under my watchful eye 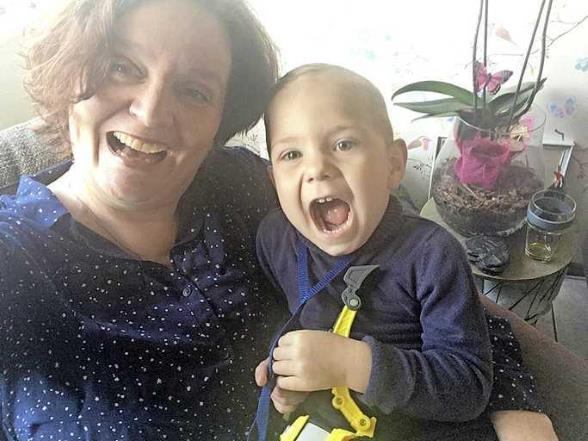 It is the fear of many grandparents that something will happen to your grandchild if you look after him or her. It happened to Esther van Boekel (51): grandson Lutciano (3) was injured in her garden. "I had lost sight of him for a moment."

Last summer, when Esther's grandson was just two years old, they sat together in the garden. Esther never had glass in the garden, but at that moment there had just been a birthday and there were glass bottles in the garden. Ready to take away. ,, I had lost sight of Lutciano that afternoon, after which he grabbed a glass bottle. 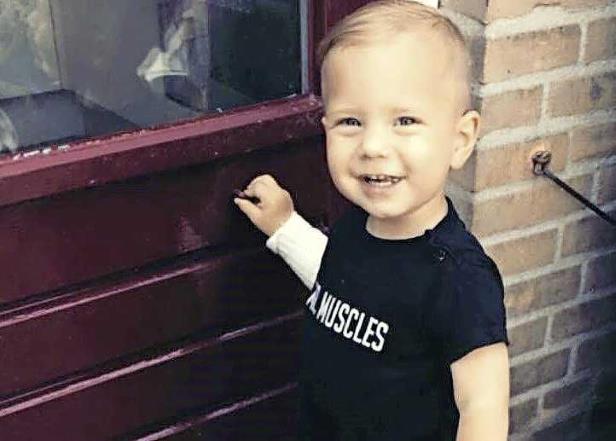 I said to him: 'Just give it to me ". Unfortunately he didn't. He ran, ran and fell into the glass. There was a big jap in his forearm. The flesh wound did not look good. ”

Esther quickly went to the hospital with her crying grandson, where the wound was immediately sutured. ,, I felt so stupid. I saw him with that large bandage around his arm and realized that the glass should not have been there.

I am a nurse myself and see enough situations where an accident is in a small corner, but still had it should not happen. Toddlers are also so fast: you turn around and the next moment you look, they are already somewhere else. I felt downright silly and thought it was very annoying. ”

Although no one, including Lutciano's parents, ever blamed her, Esther still thinks that Lutciano is now rest of his life with a scar.

,, With my own children I also thought it was bad, but with a grandchild I think it is a different story. With my own children I grew more with it, but I only see Lutciano once or twice a week. Then he suddenly develops very quickly. I am more careful with my grandson, because it is someone else's child. As a result, I sometimes feel very vulnerable. ”

Since the event, Esther has been paying more attention to safety. ,, Recently Lutciano was jumping with us on the built-in trampoline and he jumped wrong. Then he could not walk so well for a week. I notice that I now find that extra annoying and that I am constantly paying attention. I will never leave glass in my garden again, but now I put it safely in the shed. ” Nevertheless, she notices that Lutciano is already older and wiser. is. ,, He is now three years and less naughty. He can communicate better. He recently found a battery, for example. He brings that to me now, instead of putting it in his mouth. He is a smart boy. He recently said, "I must not fall," because then I will be in the hospital. ""

Despite everything, Esther is happy that it was his arm, instead of an artery or face. ,, I made it worse in my head. What if it was his face? I am really a doom thinker in that regard. If he is wearing a short-sleeved shirt and I see that scar of about 12 centimeters, I feel guilty.

After all, a child is born purely natural and now he has his first scar already . That is confronting. If it had happened to my husband or neighbor, I would have said, "Oh, it can happen!" But I set higher demands for myself. Still I keep telling myself that it could have been much worse. Lutciano found his connection itself at least very tough. And I? From now on I pay very close attention! "