Flying with hold luggage? Hand in your bag at the parking lot 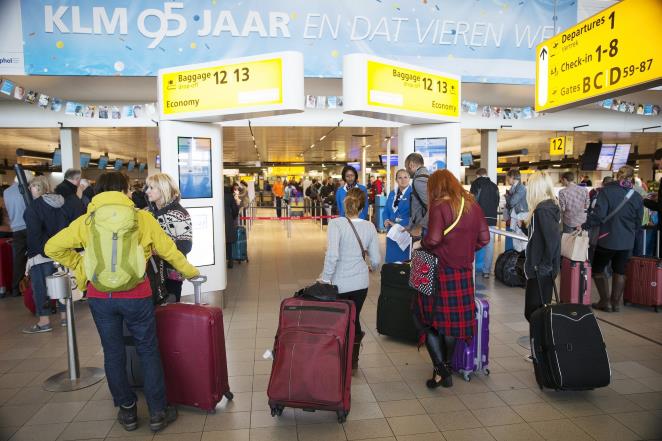 Schiphol is going to do a test to speed up the flow of travelers at the airport. People have to hand over their checked baggage during the test outside the terminal, because all that luggage in the terminal, that gives queues.

That's what a spokeswoman for Schiphol told De Telegraaf. "We are investigating how travelers can drop off their luggage at various places outside Schiphol, so that the busy airport itself is relieved. This also offers travelers more convenience when traveling to Schiphol."

Only during the holiday

During the holiday period, the option already existed to drop off luggage on P3 long-term parking. If the test is successful, this method must be expanded.

In the past, Schiphol has tried in various ways to accelerate the flow of travelers. For example, an accelerated safety check for small bags was introduced in 2017. Also sacrificing retail space for wider passages had to provide an improvement.