Help at home: "The children clung to my legs" 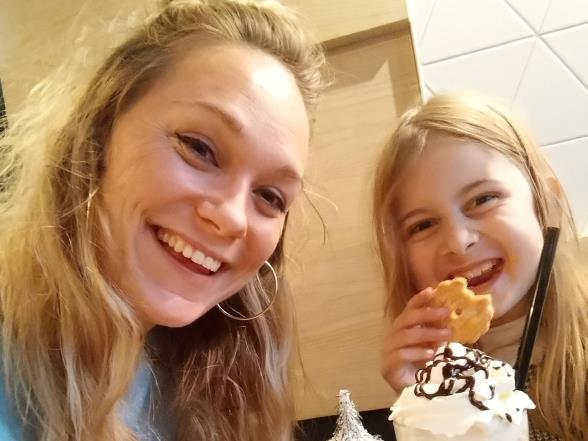 Raising the children, serving the food, raking the garden; these people make sure that someone else's household runs smoothly. This week: Lola van Leeuwen (28), nanny with a family with twins, in Amsterdam.

"I have been working as a nanny for almost two years, first in Arnhem and now in Amsterdam", says Van Leeuwen . "I care for two babies thirty hours a week right now. I give them bottles, I bring them to bed, I go out with them. The family lives on the third floor and I have to lift the three-year-old babies down and put them in the pram. "

Van Leeuwen is really part of the family, she says. "You belong and you are co-educator. That gives a lot of responsibility. It started as a side job with me, but I quickly decided to professionalize. Then I registered with a nanny's agency."

< h2> 'Sometimes it clashes with the parents'

What is it like to work in someone else's house and to help raise the children? Every start is exciting, says Van Leeuwen. "Sometimes the way the parents clash with how you were brought up yourself. How long can the children sit behind the TV, computer and telephone? I left one family because I did not agree with the way it went. It child was allowed to do what he wanted. "

In addition to raising the children, Van Leeuwen also works in the house, even though a cleaner does the real cleaning work. "I do some odd jobs for the family, such as groceries. I also do laundry and change the beds. I make sure that everything is tidy and that the kitchen is tidy when the parents come home again."

Dancing for the babies

In Arnhem, Van Leeuwen worked with some older children, whom she also had to take out of school. "Then I had a chat with them when they were home, baked a sandwich for them. They liked that someone was really at home with them."

At the time, she also spent a lot of time with the mothers of school-age children. "We all undertook activities together, very nice. I miss that a little bit now that I take care of two babies."

Being a nanny is not something for someone who quickly heads for the walls feels coming, says Van Leeuwen. "You have to be able to create cosiness yourself. I always have music on and I sing and dance for the babies. I enjoy seeing how they react to it. Time passes quickly."

Playing in your own environment

The great thing about a nanny at home is that children can play with their own toys in their own environment, says Van Leeuwen. "It's very homely. I also go out and do something with them. I can plan the day myself, which gives a lot of freedom."

Van Leeuwen thinks the twins recognize her as she comes in. "They are already laughing at me. The two boys from a family in Arnhem where I worked even got caught on my legs when I left. I had to struggle to get away."