Henny (63) welcomed a foster child when the crisis started 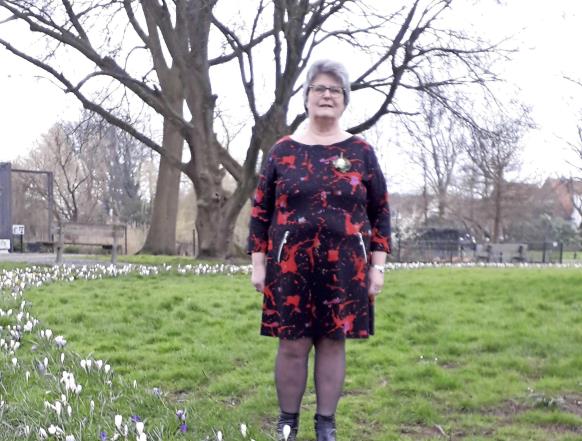 Just when our country was closed and all schools closed, Henny van Velzen (63) welcomed her 9-year-old foster son. Henny now spends 24 hours a day with the boy and provides home education for him. He cannot see his biological parents because of the corona crisis.

Henny, single mother of a 23-year-old son who lives away from home, started three years ago as a foster parent in crisis care. She takes care of children who have to be acutely removed from home for a short time until he or she can return to the parents or be accommodated elsewhere. The 9-year-old boy that she has been caring for for four weeks now is the fourth child to live with her.

Henny has had a lot to endure in her life. She lost two children and went through two divorces. However, she had known for a long time that she wanted to open her home to children who need foster care. Henny: „I had enough space in my life, in my heart and in my house for another child. Because, after what I went through, I first wanted to be stable myself, I waited until I felt I was ready. When I was sixty I received my first foster child, a 16-month-old girl. ”

After that, Henny took care of an 8-year-old girl and a teenager. It is never known exactly how long a child will stay with her. This also applies to the 9-year-old boy, who is now at her home 24 hours a day due to the corona crisis. He follows special education and is in group 4. Henny: “It was quite intense that his arrival coincided with the closing of the schools, because he wanted to go to school himself; to the friends and the teachers he loves so much. The first few days I mainly occupied him with games and tried to talk to him a bit. We also go outside every afternoon; he really needs that. "

" Doing homework at home remains difficult, he often refused. Online classes have become available since last week, which happily helps motivate him. He also makes smart use of that, because as a reward he can, after doing his homework, stay behind the laptop for a while to play a game. Fine, of course. ”

“ Yet he misses contact with others enormously. Nor can he see his parents, who he would normally visit once every four weeks, because of the corona crisis. That is why he has called them once and there is a video call appointment for next week. He also finds that fun and exciting. One time such a conversation is easier than the other, but I just stick with it. We now have to wait and see what the government decides. It also depends on when this boy will be allowed to see his parents again. ”

“ When we meet a friend on the street, he is instantly thrilled. We are now looking into whether we can set up a form of play contact, with the consent of all parties, of course. ”

After her first four weeks of foster care in corona time, Henny can certainly look back on a good period which has pleased her in every way. "It is going well this way, and I also see benefits in it. Because we are together 24/7, we immediately get to know each other much better. Fortunately, the care is no heavier than usual for me. ”

If you are curious whether you can do something for a foster child, you can do a test here.