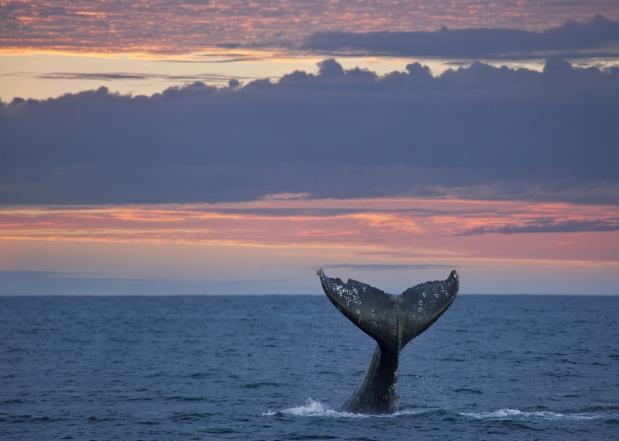 The migrating season of the gray whales has started again and the Pacific coast is the place for spotting these animals in the wild, while the friendly giants of the ocean make their annual voyage from Alaska to Mexico.

Currently, the gray whales are traveling from the cold waters of Alaska to the hot water lagoons of Baja, Mexico for the breeding season, before going back north again. It is an annual journey in which they undertake the longest migration of all mammals; a journey of almost 20,000 km per year, with an average of 60 to 80 km per day. The migrating season generally runs from the end of November to April, but some whales can still be spotted in the Pacific Northwest at the end of June. Fortunately for all wildlife lovers, gray whales often swim close to the shore, so you can spot them from the land. Here are some of the best places to spot these giants of the ocean:

About 200 gray whales pass by every year the coast of Vancouver Island to feed on, especially in Ucluelet, Tofino and Sooke. On Vancouver Island, their arrival is even celebrated annually with the Pacific Rim Whale Festival. Vancouver is therefore a perfect place to get acquainted with these giant mammals. Find more details about tours of Tourism Vancouver here.

It is best to plan a visit for whale watching in Oregon from the end of March to June. They travel back north during this period. You could also try it from June to mid-November, because with a bit of luck you can see them eating along the Central Coast. Every year Oregon invites volunteers to lend a hand in following the whales from excellent viewing spots. If you would like to participate, you can sign up from March 21 to 29.

According to Visit California, some of the best places for whale watching Mendocino; the San Francisco Bay Area (where, according to experts, around 94% of gray whales pass) and Santa Cruz; Moss Landing and Monterey. In addition, there are excellent vantage points in Los Angeles, Orange Country, Channel Island National Park and San Diego. More information about possible tours can be found here.

The perfect place to spot gray whales is the breeding ground of Baja California . Pregnant whales usually arrive in January and by February most of the other whales have joined the group to give birth and mate. Mid-February to late March is the high season in Laguna Dan Ignacio, although gray whales can be found a month earlier in Magdala Bay.