Here you will find the most beautiful beach in Europe 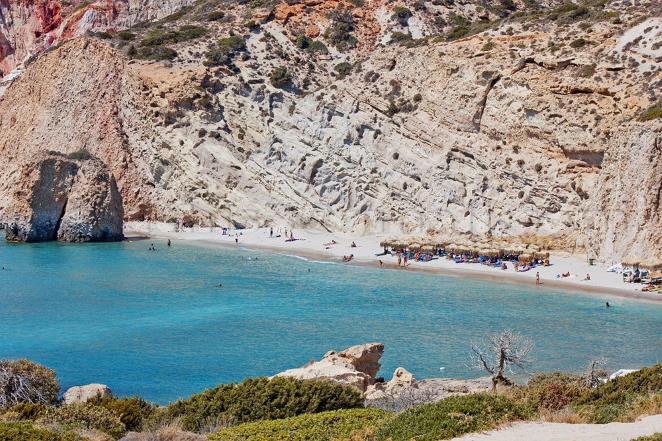 Do you want to roll out your towel on the most beautiful beach in Europe? Then you have to be on Lampedusa according to Tripadvisor. Travelers chose the Spiaggia dei Conilgi beach on the Italian island as the best European beach. The most beautiful beach in Europe, Spiaggia dei Conilgi, is praised for its golden sands, crystal clear waters and the many fish that swim there. The Italian island of Lampedusa is two hundred kilometers off the coast of Sicily. It is closer to the African coast than the Italian. The remote island is home to the Hawksbill Turtle every year. This turtle species lays its eggs on this beach every year, which hatch around August. It's nice to see all the little turtles crawl out of the eggs and see the sea crawl.

Greece is also a great travel destination if you like beautiful beaches: with four beaches, the country is the most represented in the top 25 with best European beaches. For example, Kleftiko beach on the Greek island of Milos is in second place.

The Greek island of Milos is a wonderful place for a relaxing holiday. The island has not yet been discovered by mass tourism. It is best known for the Venus de Milos. This statue was found there in the 19th century and is now displayed in the Louvre in Paris. Reviewer Simone gives a nice tip for when you are on the island. 'Take a boat trip around the island to the beautiful rock formations. Tip: go to the port yourself and arrange a small fishing boat. ' Yet the best beaches are not only found in the Mediterranean, there is also plenty closer to home. According to travelers, some beaches in Scotland, England and Ireland are also worthwhile. The most beautiful beach in the world is the Baia do Santo in Brazil.