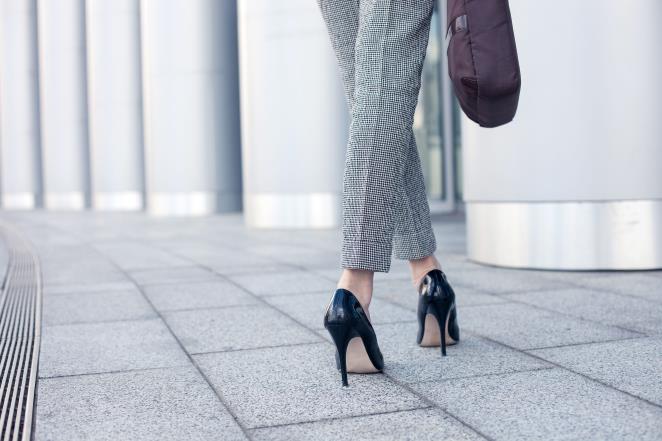 Women wear high heels because men like that. At least: it can hardly be because it runs wonderfully. And a consolation for that effort: it helps, the higher the heel, the greater the interest of men.

For a test, a woman who looked neat and discreet was put in a shopping street. A while with almost flat heels, a while with medium high heels and a while with stilettos.

Male test subjects were led past her and she asked the men if they had a few minutes to complete of a survey.

In the second experiment, the researchers deployed four 19-year-old women in four different cities. The women had the same height, weight, and foot size, and wore the same outfit, black leather shoes of different heel heights. Each woman was assigned the order of 45 men and 45 women (for a total of 180 men and 180 women) who were between 25 and 50 years old to approach and ask if they wanted to participate in the survey. The heel height of the surveyors made little difference to the willingness of women to complete the survey, but a big difference for men.

Women who are willing to complete the survey with the surveyor who wears:

Men who are willing to fill in the survey with the surveyor wearing:

In a third experiment, a young woman was sent to six bars on six Wednesday evenings and six Saturday evenings from 8.30 p.m. to midnight. She wore a skirt and tight-fitting top and was instructed to sit at a table by the bar and her legs crossed so that men could see her shoes. The researchers sat nearby and registered how quickly 36 men in their twenties tried to talk to her. The higher her heels, the faster they approached: