How do you prevent mold in the bathroom? 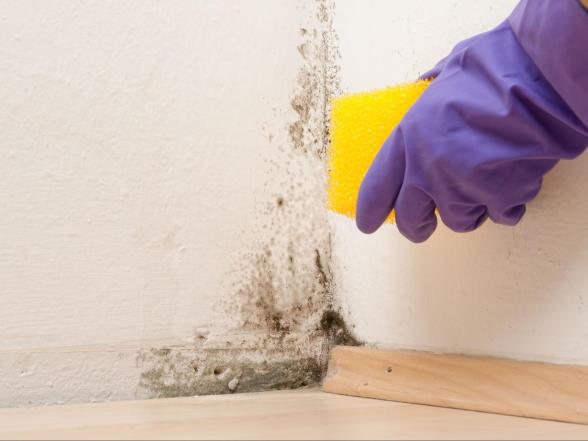 Nothing marries the bathroom as much as mold. Black dots on the ceiling, in the joints, on the tiles. How do you ensure that the fungi no longer find your bathroom?

Mold growth starts with a small tip, but can then expand rapidly, says Jos Houbraken, researcher at Westerdijk Fungal Biodiversity Institute in Utrecht. "It depends on various factors how fast it grows. If we work in the lab, we can have a lot of fungus within a week. In practice, that is a bit more difficult."

home, says Richard Piké, owner of a fungal control service. Fungi hang in the air and leave traces. In places where it is damp, fungi can start growing and getting bigger.

They cause a musty smell in the house and are only for health. Fungi can cause respiratory complaints, cause asthma or worsen, according to GGD Amsterdam.

According to Piké, fungi are found in every home. In modern houses with a mechanical extraction system and a window that is always open, but especially in older houses without a window and extraction system. According to Piké, fungi are most common in the bathroom. "Every day I receive ten requests by e-mail alone, and then also by phone, and that is especially for the bathroom."

He often sees the black "house mold". It grows when there is poor ventilation, heat and moisture accumulation.

Bathroom not a favorite place for molds

To prevent mold, you must do something about the moisture content in your bathroom, according to Piké. . You do that by installing a mechanical extraction system and opening the windows.

According to researcher Houbraken, bathrooms are not at all a favorite place for molds. There are estimates that millions of fungi exist, but only about ten to fifteen species can grow there. "Actually it is a very difficult environment for fungi. It is a little wet when you shower and then stays moist, but then it dries very quickly again."

The researcher therefore recommends air circulation. in the bathroom. Opening windows and installing a mechanical extraction system can, according to him, help a lot. This ensures that the bathroom dries faster.

If both of these are not possible, it also helps, for example, to shower with the door open and to dry the bathroom with a cloth after showering. "The humidity then decreases and averages with the rest of the rooms in your house."