"I cheated during carnival" 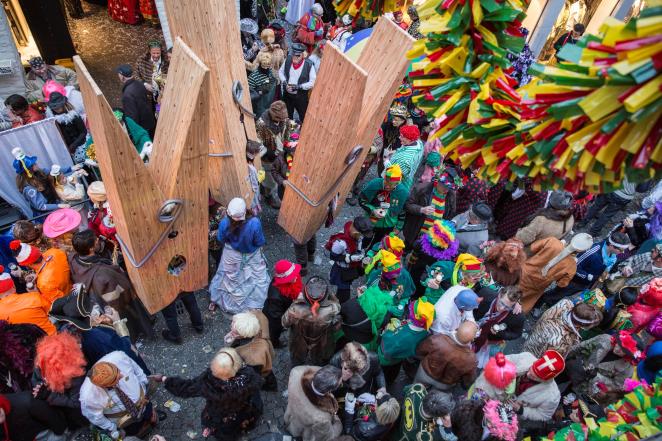 In our popular section Opgebiecht you can share your secret anonymously. This time a VROUW reader confesses that she was cheating during carnival.

"Every year I celebrate carnival in Maastricht with three friends. While my girlfriends have been talking about how we are dressed for weeks and what the crazy night is going to be, I get stomachache from the word 'carnival' alone.

Last year I got a bit too much let go. The evening started at my home, where the four of us had extensive drinks. Around eight o'clock my husband brought us to the station, where we boarded the train to Maastricht with bottles of wine and plastic cups. I kissed him goodbye, and smiling, he wished us a lot of pleasure. And I enjoyed it ...

Dancing through the city

Arrived in Maastricht we started the pub crawl. A lot of people sang, danced and drank. Where in the beginning we wanted to go to every pub, after a while it was no longer possible due to the crowds. We stayed on the street and drank and danced through the city.

I became more drunk and could hardly stand on my feet anymore. I had lost sight of my girlfriends and I had eye contact with a much too young man who was clearly flirting with me.

On the back of his bike

At one point he came approached me and started kissing me. Not much later I stepped on the back of his bike and we drove winding to his house. I'm guessing he just graduated, because his apartment looked pretty student-like. As far as I can remember then ...

We went to bed together, and I'm really disgusted with myself. I kept my suit on, as far as possible, and immediately after the deed I packed my things and left. He has no idea who I am, and I don't know his name either.

Outside I was sobered up immediately. On my phone I had twenty missed calls from my friends. With stomach ache I went back into town and called my friends. I blew myself out by saying that I met an old school friend and spent time in a bar with her.

We met at the starting point of the pub crawl and I said that I didn't feel well and wanted to go home. I insisted that my friends stay, and I got on the train with a rotten feeling on my own, after which my husband, that sweetheart, came to pick me up from the station.

I never talk to anyone said, but you understand that I woke up with a big hangover. I am very disappointed by myself and look up like a mountain by the coming weekend. ”

Confessed is based on true stories.