"I gave her her school bag on that flag, that discharge ..." 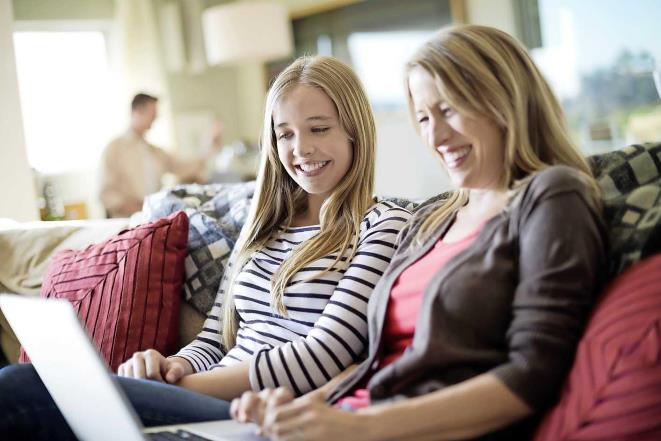 COLUMN - Hester Zitvast writes for VROUW about what strikes her in the news and the media. This time about the cancellation of the central final exams. "I know that there are much, much worse things going on at the moment, but I still had to swallow a lot when I heard that this special time of graduation is taking away from my daughter and her friends."

I remember how hysterical I myself was when the redeeming call came that I had passed. Life didn't get more beautiful. And I remember how much harder I cried when my oldest was told he made it a few years ago. That discharge, that joy ... It's a bit like a complete puberty. I think then. But my daughter is not going to feel that.

She was sitting next to me on the couch, listening to the press conference of Minister Slob. "I think you have now succeeded," I concluded matly. She nodded. "I think so too." We didn't fly around the neck and I didn't open a bottle of champagne. We continued to stare silently at the television and I felt the tears burning. Damn it. Everything is different. So incredibly different. And I'm done with it.

There is no real clarity yet, that will have to come from the school itself. We are waiting for an email. My daughter is concerned with classmates who are not doing well and who really had to endure. "What if they have to do it all year round?" One of her best friends has been hired to continue his dreams. "What if that doesn't go through?" I cannot answer it, as I have not been able to answer many questions lately.

My daughter has visited many open days and auditions in recent months. done. She has been hired at two dance academies - in Rotterdam and Utrecht - and has the luxury of choice, her place in further education is safe. The auditions for the dance training in Amsterdam have been postponed, she would also like to participate. What if we had all arrows pointed at that metropolitan school? Then she would also have had that uncertainty.

This government decision is good. This decision is best. Yesterday we received a letter from the school that tomorrow the exams (or exams, as we used to call it) in groups of 16, would be taken at school. Less than an hour later this message was revised: 12 students became the new maximum; the tape measure was placed along the tables. Surely some parents had rebelled. I understood them.

But even with that number of 12, I was not reassured. These children had barely seen each other in the past week. Keep that 1.5 meters apart. Bags and coats had to be stored in lockers, the mail stated. Try to do that without touching each other. All events and gatherings prohibited until June 1, but putting large groups of teenagers in one building? No, it's all right. But it is very stupid.

As I write this, I hear laughter coming from her room. Nothing as flexible as a child; they are having fun again, life continues. She does not realize that she and her peers write history. I do. I give her a bag on a flag, I give her a gala, a graduation stunt and that one, so exciting phone call to end her high school days. But if this is her sacrifice in this time of crisis, then so be it. Much and much greater sacrifices are being made all over the world.