"I hijacked the house under the nose of my colleague" 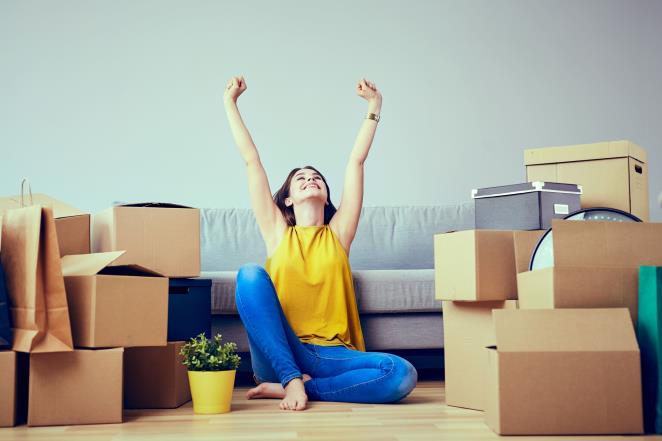 COLUMN - In this section readers anonymously share their secrets. This time, a reader confesses that she has done something very un-collegial ... "I am happy with my fantastic accommodation, but a drink with the department? That is not possible. Not at home in any case."

< p> "Nothing nicer than a nice stroll on Funda. Because I was looking for a house in the same city together with a colleague, we often exchanged tips.

In During the break we even regularly sat at her desk and watched the websites of the two of them, but my budget was slightly larger than her, which meant that she often looked at the houses I had had my eye on with a touch of healthy jealousy. fall.

On the other hand: my colleague somehow found more and more fun objects than me, partly because she had good contacts with real estate agents.

When she told me on a Monday morning that she had a very special building in mind, that she could visit the market, I naturally wanted to I like to see the photos.

And what was the case: it was also my dream house! With stained glass windows, a south-facing garden, in a beautiful street ... In a devious way, I stole the name of the broker, her bid and the asking price. And what turned out? The asking price was far below my budget!

Once at home I couldn't wait until I got the broker on the phone. I had decided to call her broker and make a high bid. Provided that my name would remain anonymous.

Well, her so-called 'good contact' did not have to think long about my proposal, nor did the seller: barely 24 hours later the deal was completed. I had the house!

The next day, disappointed, my colleague announced that the house had been hijacked under her nose: the 'winning' buyer had reportedly offered 50,000 euros more. But yes, of course I already knew that. Because I didn't want any hassle in the department and because I knew that it was not done what I had done, I decided to keep my mouth shut.

Two months later I moved in the greatest secrecy to my (or rather: our) dream home. And all the while I kept looking cheerfully at houses with my colleague. Of course she was not allowed to know that I was moving, otherwise she would like to see photos!

There is only one problem: every year we eat with a club of five female colleagues at one of us. And you guessed it: it's my turn this year. The sweaty sweat breaks out at the thought of how to arrange this. Because of course I can't have dinner with me.

Secretly I hope that my colleague will get another job before that time, because I realize that I can't keep this secret hidden forever. But telling her is not an option for me at the moment. Help, what should I do ... "