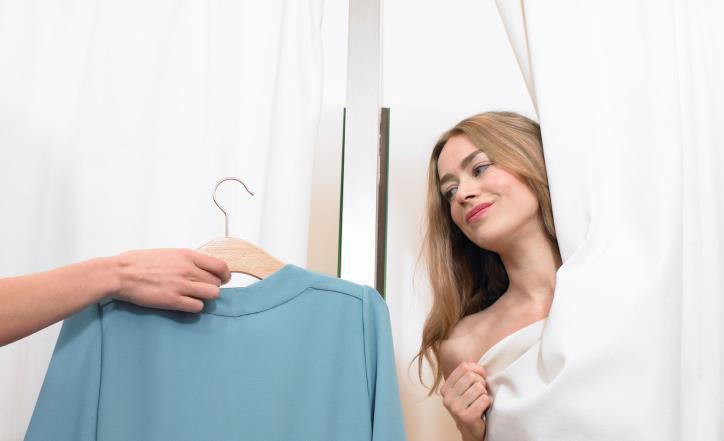 In this section you can anonymously share your secret. This week a woman tells us that she has sold the dress she got from her girlfriend on Marktplaats.

"I have always been" dear peace ". Mistress in tactical and evasive answers. I prefer that everyone is happy and has a good feeling about themselves. So I regularly choose to cover the ugly truth with the mantle of love.

I once learned that from some kind of self-help book. You should try to say something nice to someone every day and not (unsolicited) express a negative opinion or judgment. And so the world becomes a little bit more beautiful, starting with yourself ...

Therapeutic laughter? Not really! It works absolutely. Only in the case of my good friend and the dress I got from her did it get a nasty aftermath. It was my birthday and we had a nice lunch together and then went shopping. We don't do that often, because she no longer lives around the corner and also has a completely different taste than me.

She loves colorful and prints and is not averse to a little bit of glitter. I am more of the basic and earth tones. Our roads usually separate quickly when we walk into a store. This time also. She had taken several items out of a rack and went into a fitting room.

I couldn't find anything, so I took on the role of a friendly shop coach. My girlfriend is rather insecure about her curvy body, so if I see any doubt on her face about pants or a skirt, then I know she won't be happy about it. If she makes something shine, I will shine with her, even if I find the clothes horrible.

At a certain moment she came out of the fitting room in a close-fitting dress that I thought was terribly ordinary, but where she looked so blissfully, that I was completely enthusiastic about her. In any case, I thought it was a victory that she finally dared to wear a tight model and had not chosen an all-embracing tunic. 'You look beautiful. He is perfect. Too bad they don't have it in my size, otherwise I bought it too, "I added a little more. Girlfriend bought the dress: she's happy.

Exchanging was not an option

Quite unexpectedly she was suddenly at the door two weeks later with the same dress. In other colors and my size, but still ugly. "I ran into it in another city and I knew you wanted it so badly, so I immediately took it for you."

I was not allowed to pay her for it. It was her gift, as a thank you for my friendship. I thanked her warmly and of course said, "You shouldn't have done that," with the difference that I really meant it this time. I also had to fit the thing straight from her. It was perfect, so trading at a later date was not an option.

I had the dress on once. Just at home, during a dinner with the family, I took a picture and sent it to my girlfriend. Then quickly changed. When I brought out my summer clothing again this year, I came across it again.

Due to too little space in the closet, I decided to keep a big clean-up and put a whole pile of clothing for sale on Marktplaats, including the dress. Girlfriend did not like second-hand clothing - she thought it was a bad idea if someone had already worn a piece of clothing - so I could do it without risk. I thought ...

I don't know how, but she has nevertheless seen that I have offered her dress for sale at Marktplaats. And now she's very angry with me. It was her gift, how could I do that? I am ashamed of what I have done and have said "sorry" a thousand times, but she totally blocked me and doesn't respond to anything anymore. I think it is terrible and hope that someday it will be okay again, but the "dear peace" is nowhere to be found. "