"I think my best friend is terrible online" 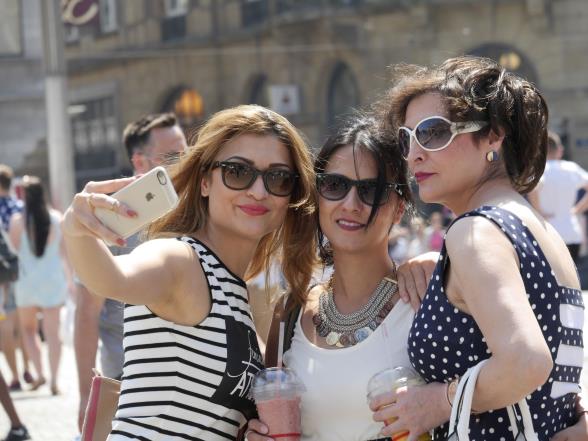 The HuffPost devotes a lot to the sometimes remarkable difference between online and offline behaviors, because there can be a world of difference between them. In April 2017, reader Zara (34) already admitted at VROUW.nl that social media has changed the relationship with her best friend considerably. "Liken? I love her posts on Facebook!"

My best friend has always been a type of "Hyacinth Bucket"; a girl's darling, but she likes to keep up the good looks. If an acquaintance encounters her and asks how things are going, she will never tell her what it is really like. her husband just works. That she has been looking around for another job for three years and that she has poor contact with her brother. I do understand that somewhere; you don't necessarily have to show the back of your tongue to a relatively unknown person.

But she was very happy. Then we had just had a fierce conversation - because she is honest to me - and then a few minutes later she announced to someone in the street that everything is going so well with her. That felt very strange.

I saw her keeping up appearances every now and then. But Facebook confronts me every day. After all, she posts something every day, shouting it from the rooftops. It annoys me immensely.

She does not post pictures of her children without captions such as "loveofmylife", "mostbeautifulgirlintheworld" or "myprincess", while I know that she will be telling her dragons of children most of the time. would prefer to stick behind the wallpaper.

She also always makes slightly too stylized images. If you see her house on Facebook, you would think she has it perfectly done. But if you see her home in real life, you know better.

It is always a mess and there is a lot of overdue maintenance due to the weak attitude of her guy. That doesn't matter, but don't pretend you're having such a great time!

When I'm gone with her, she doesn't know how fast she has to check in in the restaurant where we are. As soon as we have a glass of wine in our hands, she sits down next to me and needs a selfie. I think it's horrible.

She throws a few filters over it (I have to admit that I am always on it!) And even before we have taken a first sip, the world already knows that we have it have so much fun. I have told her that she is starting to look a bit like Sylvie Meis.

But that message does not arrive. She also always uses those filters for herself. My husband said it recently: "You almost startled when you meet her in real life!"

I am increasingly disappointed about how she profiles herself online. Not a day goes by that she doesn't post anything! In fact, it's so bad that I sometimes turn it off. Then I block her messages. I want to prevent her from bothering me so much that it hinders our friendship.

Of course I could tell her, that is what my husband advises me when he advises me again hear complain once. But it is a free world and she can of course post what she wants to post!

I rarely post anything on Facebook, but always try to stay as close to myself as possible in my posts. So I also report quietly when things are not going so well for once. You don't just have to post the jubilation stories.

The same goes for holidays. Why bother spamming your friends every day for two weeks with sunny vacation photos and ultimate happy hashtags? So she does. I always think of the people who can't go on vacation, who also read that. It is so 'walking for sale' with what you have. I'm really disgusted. No offline we have a great time with each other, but I don't like it online.