In confidence: 'I didn't know who my biological father was for years' 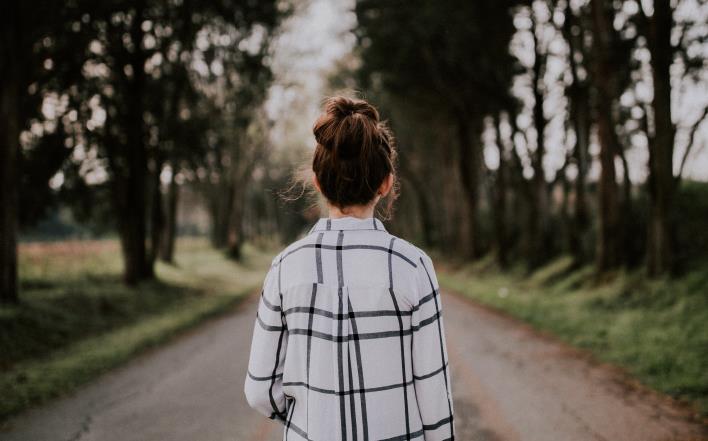 © Marie Claire Editorial In confidence: 'I didn't know who my biological father was for years'

Monique (33) didn't know who her biological father was for years. When she got stuck, she went looking for him.

"I knew no better than that my dad left our family when I was two. My mom talked about For my third birthday she met her current husband He became the stepfather of my brother and I. However, over the years I only became more curious about that man with that reddish hair who was apparently my father I knew next to nothing Throughout my childhood I watched every red-haired man with extra attention, wondering if he could be it.

In high school I took concrete steps in the search for my father. since the internet did not exist yet I called men in a phone booth with his name, if there was an answer, I immediately hung up. He was not there anyway, I discovered later. We had never been a family that talked a lot, but when my mother saw copies of the phone book, she wanted a call e showed me a magazine article about a donor child. I didn't understand why at all. An emotional tale followed. About her first husband, who had proven infertile. And how my mother and he ended up at a clinic because of their desire to have children. Using one and the same sperm donor - the doctor had promised - two children were fathered: my older brother and I.

I was fourteen and still is day the hardest and most emotional of my life. At first I was shocked, then especially angry. The donor was anonymous. So a man who had abandoned his children before they were even born. My mom wanted to tell us before we turned eighteen. She tried to reassure me that at least my brother was really my brother. Yet I also started to doubt that. We are completely different internally and externally, in everything. We argued often and our relationship has always been difficult. The enormous urge to know who my father is persisted. It is only natural, I think, a form of self-determination. I wanted to know what my story is and from whom I have my appearance and behavior. I could link certain characteristics to my mother, but some I could not. I only had half. The anger ebbed away and gave way to grief. Because my mother understood that I was struggling with it, she wanted to write a letter to me at the clinic when I was eighteen.

It soon turned out to be too late. On our letter we were told that all the files had just been destroyed, and that was it. I felt incredibly powerless. More and more often I looked in the mirror at the features in my face that I couldn't bring home. Draw from a stranger. I found them getting uglier and more unsure. The uncertainty also affected my dating choices. I only wanted something with a boy if I knew that his father couldn't be mine, for example because he was dark. At least then we were certainly not a brother and sister.

My father's story dominated my life in several ways. I was unable to let go. When I was 25 I started looking for other donor children. At least they would understand me. A world opened up to me. I got to know people who were in the same boat and learned a lot about DNA and databases. Hope came again. Maybe I still managed to find my father. I managed to get my brother to agree to a DNA relationship study. The result caught us by surprise. Despite the promise of the clinic, and contrary to what we had always been told, we were not a full brother and sister. We had different fathers. Moreover, my mother's first husband, whom I had found in the meantime, claimed that I was without a doubt his daughter. I couldn't understand it anymore.

Suddenly there was more clarity. Two half-sisters of mine had been found with my DNA. Women who had no relationship whatsoever with my brother, but certainly with me. Sisters? At first I laughed terribly, but that turned into crying. I was in kind of shock, I now think, but it was the ultimate proof that I am a donor child. Then the ball started rolling. I registered my DNA profile with commercial databases and started working on genetic genealogy. Soon it was bingo. From my search a rear-uncle of mine came up. Fortunately, he was eager to help me. It soon became clear which man in his family was involved. I got a name and a profession. The combination of the two gave me one photo of him in Google, but that was enough. At the sight of it, the cramp shot directly into my neck and back. I could barely move. As if all the stress of the years before came out.

There was no doubt, this was my father. So I was not the daughter of my mother's first husband. I stared at the male version of myself. The similarities in eye color, nose and teeth; it was everything I had always fantasized about. It was special to see his face for the first time, but it felt especially familiar and very normal. Of course I wanted to make contact. I compare that period afterwards with parachuting. You know it is going to happen and it is very exciting. My colleague wrote him a letter, which I thought was better. After a few days she received a response. It was very nice. My father was extremely happy that I had found him. To avoid disappointment, he first wanted a DNA test. Fine. Although I was sure of my case, it was a nerve-racking day. The result confirmed what I already knew: I had found my father. Fortunately, it wasn't long before he was on the phone. In that first conversation I tried very hard to talk to him as normal and controlled as possible, but internally a gigantic storm raged. In the evening, when there was more time, we continued our phone call. We couldn't stop talking. I liked it right away.

My father said he would like to come to my place of residence. I barely slept in the run up to it. On the day itself, I sat on the toilet every ten minutes, even though I felt it was going to be all right now. The only decisive factor for our future contact was that he would understand me and any questions I had. My father had brought me a large bunch of flowers. The first few minutes in the restaurant we were just looking at each other. Like me, he was a bit reserved at first, but gradually he became more and more open. When he laughed, I saw myself. In addition to similar appearance, such as our height and build, there was much more I could finally bring home. The eager to travel, for example, and my sense of language and writing. Strangely enough, we also turned out to work in the same industry. To my relief, he understood perfectly well that I had many questions. And besides being a good listener, he also turned out to be very thoughtful. He was happy that I exist and that I had found him. I felt heard and seen. After our farewell I walked on clouds. As if ten kilos fell from my shoulders, I was so relieved.

Since then, my father and I have almost automatically stayed in each other's lives. We call, we app and meet every now and then. The group of donor children that started with my two half-sisters now has eight men, all of whom are my father's children. He has a photo of everyone, which he proudly shows to friends and colleagues. I'm not saying "daddy" to him, but I did send him his first Father's Day card the other day. I am doing very well, although I have also experienced a period of grief after our first meeting. Finding the nice man my dad made made me even more aware of what I've been missing all this time. My mother never slowed me down and always supported me in my search. She is very happy for me and has met him now. That was quite special. After all these years, I introduced my mom to my dad. "