In confidence: "My sister is a wanderer" 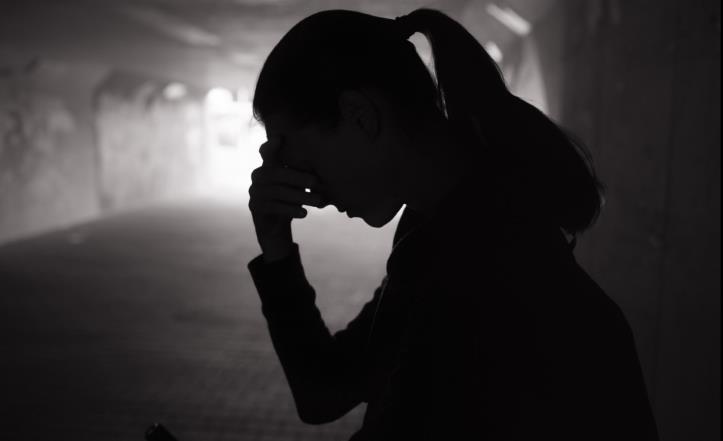 © Marie Claire Confident: "My sister is a wanderer"

Marie (33): "Last summer I was with my friend in Berlin. We slept in a beautiful hotel right on the Spree. The DJ played 'Bach meets Bowie', the water was rippling in the background, very romantic.

During our second evening we would have dinner with my sister, who had been living in Berlin for a few months. To get to her, we had to cross the river via a bridge, a rather popular spot, it turned out.Every corner was full of tourists trying to take the most creative snapshots of themselves with the Fernsehturm with their selfie stick at the ready. But after a few meters, the audience suddenly changed, sitting on cardboard plates of those hippie-like types, drinking, stoned, the drinking and peeing air coming from them was intense, just when I wanted my head Turning my head away, my eye fell on the despicable body of a young woman rt of the dirt, her blond hair was full of tangles. It was my sister Stéfanie.

Stéfanie and I come from a real lawyer family. Our great-grandfather, our grandfather, our father and mother: they all work within the law. Of course there was a certain standard of living. If I wanted something as a child, I just got it. And when I wanted to go to Oxford for a semester during my studies, that was no problem at all. I know it is not charming to say, but I have always felt at home in that prosperous world. That has never been the case for Steef. I remember once we went to dinner with friends of our parents. I was about fourteen years old, Stéfanie ten. When the caviar came on the table, Steef threw her head in her neck and began to empty the salt shaker into her mouth. "What are you doing?" My mother shouted, to which Steef replied very dryly: "That tastes the same and is much less expensive." Typical Steef. When she was about twelve or thirteen years old, my mother asked her to pay the housekeeper. She had worked two hours and earned something of twenty guilders per hour, but Steef gave her 800 guilders: "Dad earns 400 guilders per hour, so why would Ana get less?" Isn't that fair? "

Stéfanie and I have never had a close sister band. The differences were just too big. When I was reading a fashion magazine on the couch, she was sitting next to it with Karl Marx. Every attempt at a conversation about shoes or politics resulted in a conviction of the other. But when Steef moved into rooms in Amsterdam a few years after me, we slowly grew closer together. Apart from our family, our lives suddenly looked much more alike. We struggled with the same things and regularly called each other for advice: "Marie, how do I get my steak medium?" Or "Steef, I drilled a hole, why does my nail fall out?" That the other person often did not know the answer either, regularly resulted in the weak smile. We were there with our theoretical article-sister-paragraph-like-parents. When I was offered a good job at a large PR agency after my studies, I got very busy. Steef discovered the Amsterdam nightlife during that period and found new friends - friends who drank a lot, smoked and used coke regularly, but she assured me that she did not participate in it. In retrospect, I don't think I really believed that. I was especially too busy with myself and my career to constantly think of her. We saw each other less and less and when, after completing her studies, Steef announced that she would be moving to Berlin, I thought: great, another address.

< p class = "p2"> About six months after Steef moved, I was called by a friend who also lives in Berlin. She had seen Stephanie on the metro, she said. Pretty drunk and with two bad types. "Oh no, I spoke to her recently," I reassured my girlfriend, "and then she sounded cheerful." But as soon as I hung up, I realized it was a few months ago. And that I couldn't even remember most of that conversation because I was waiting for a call from a potential customer. I immediately tried to reach Steef that evening, but I got her voicemail time and time again. A week later that was still the case. I started to worry officially. Together with my friend I booked a few days in Berlin.

I spoke to Steef's voicemail for the umpteenth time and said that I really wanted to see her, if she would like to meet us . Just before we left, she finally texted: "MarietjE, sister !! Meet me every day at the Oberbaumbrücke, k? "Messy and full of spelling mistakes, nothing for Steef. That she was really not doing well, slowly started to come to my mind. But nothing could have prepared me for how we found her on that bridge that Saturday night. It is hard to explain how that felt, but I think it is best to compare it to a terrible jet lag: three laps flying around the world, 50 hours of no sleep and then, plop, being dropped back on earth. That evening I walked to Steef in a kind of trance. I grabbed her shoulders and started shaking her gently. "Marie, hay," she said when she woke up, obviously very drunk. I tried to lift her, but one of her friends started to wave at me with an empty vodka bottle. My friend grabbed my arm and pulled me away from the group, from the bridge. He immediately called the police, but was told they couldn't do anything for us: "Only when there is a chance of freezing can we take action. It's 24 degrees, sir. "And that was that. I have been crying terribly.

After a sleepless night, I am very early towards the bridge the next morning walked. Steef was awake and played with a street dog. I will never forget the look in her eyes when she saw me. So angry, so reproachful. "What are you doing here, Marie?" Was the first thing she said when I got closer. "Did you sometimes have a gap in your crowded agenda?" Every attempt at a conversation ended in a flood of reproaches. I would only care about money and feel good for her. She would have been better without me, she said, because she felt worthless because of me. Her words, in combination with her incredibly sad state of being, came in hard. I knew: I am partly guilty of this. In the past, when she was very small, she often crawled into bed with me in the evenings. Then she said, “Marie, I'm so sad.” “Don't imagine, Steef,” I said, “this world is too small for wimps.” Of course I was after-parroting my parents, but whoever says something like that well against a small child? In retrospect, my parents and I formed a kind of front, often against her. "You want to go to college? But Marie is in college ... "Or:" Have you already cut your hair? Why don't you take a nice bun like Marie? "No wonder Steef started to rebel against us. We simply never really wanted to see the sweet, sensitive and creative girl that she has always been. "

Stéfanie told me that morning on the bridge that she only sleeps on the street when the weather is nice.If that is not the case, she sleeps with friends, friends who threatened me with vodka bottles, so that is not a reassurance. asked questions - Do you have a job? How do you pay for your food? - She gave the same answer: “What does it matter to you?” Too much happened to be able to penetrate her within one morning. I decided to move to Berlin for an indefinite period of time. If I am not here for my sister this will no longer work out. I want to help her get her life on the ride. On her ride, not mine, because I start finally I understand that maybe I can learn more from her than she can from me, on paper I have everything perfectly arranged, ma ar my life increasingly feels like a jacket that does not fit well. My trendy Amsterdam apartment is full of expensive art that tells me little to be honest. And my friends, they are more concerned with chasing the hottest tables in town than with the birthday of their grandmother or own child. For the first time I understand a little why Stéfanie makes the choices she makes. I no longer want to patronize or condemn her, I want to be her equal. Simply, her big sister, who loves her very much and genuinely wants the best for her. "