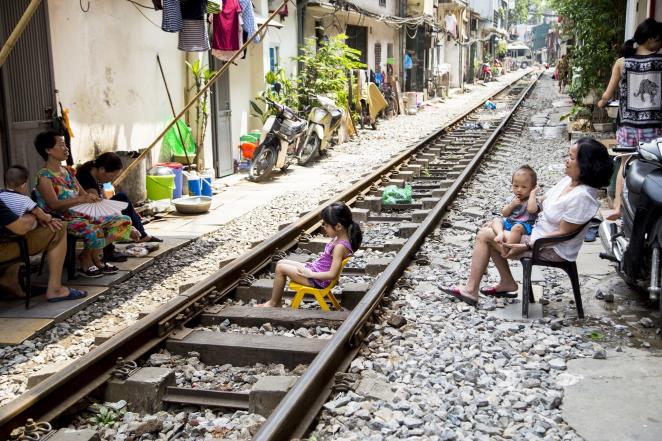 Many travelers in Hanoi like to visit the street known as "Train Street", but a new approach will make them maybe in the future can no longer dine in the cafés along the narrow street.

Vietnamese authorities are concerned about the street in the old quarter of Hanoi, where trains pass just a few centimeters of buildings and people's houses. The photogenic street was built in 1902 during French colonial rule, and has gained such a strong attraction for visitors taking selfies that a train was recently required to take a different route because too many people were on the track.

A message shared by Ben Usmar (

Machine driver Nguyen Huu Nam told the UN Express newspaper that he had to make an emergency stop three times on this section of the railroad when people did not get off the track when approaching by train, officials are concerned about safety and the risk to human life and have now decided that illegal street cafes must close their doors.

A message shared by Kevin Aujla (

With seats outside dangerously placed close to the tracks, the cafes attract visitors who want to take spectacular pictures of the train 15.5 million people visited Vietnam in 2018, authorities had to act to ensure that the street is safe to visit. "Although the railway cafés attract tourists, they are actually breaking some rules," said Ha Van Sieu, vice-president of the Vietnam National Administration of Tourism.