Irene had 4 children within 4 years 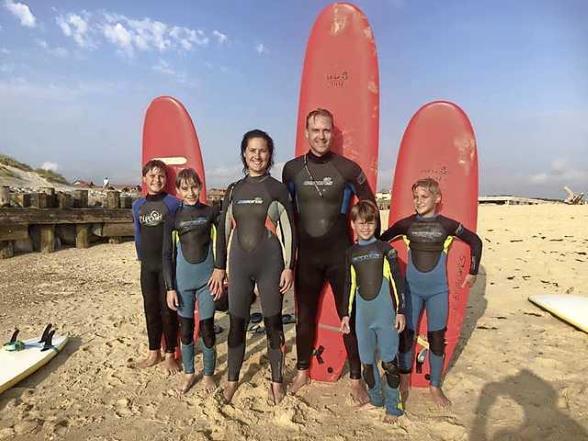 Israeli model Bar Refaeli and her second husband - since 2015 - recently had their first son. After two daughters, it is their third child in more than three years. Trainer / coach Irene Vermeer also formed her family in a relatively short time. She had four children (all sons) in less than four years: the twins Driek & Jonathan (12), Thies (11) and Sebastiaan (9).

"My husband and I were very career-oriented, but still wanted to have children. That wish came true when the twins finally arrived after receiving medical help. Our plan was to wait until the children were old enough to go to school and then move on to further family expansion. "

" When the twins were about 3 months, we decided to spend some time before ourselves and booked a five course dinner. Number three was conceived on that particular evening (laughs). Still it was a shock; I had absolutely not expected that I would have three children in one year. "

" Our third child came when our other two couldn't even walk, let alone go to school. Our plan - waiting for our two elders to go to school - therefore fell apart. We both also had a tough job, which made it all pretty tough. One day my husband told me that he dreamed that I was pregnant again. Just to be sure, I did a test and indeed ... Even though I had been taking the pill for a while. " The doctors told me that I could possibly lose the baby, so that was very disturbing. In addition, my father-in-law died of cancer and my husband was burned out. I have had better years. "

" I realized that I had to change my life. Was this really the life I wanted? We were always a couple focused on making a career, now we "suddenly" also had four small children. I decided to quit my job and start a business. That way I could make more time for my family. "

" What was also very important for my relationship is that I learned to take help. For example from my golden mother, who occasionally takes the load off my shoulders. This way my husband and I can spend some time together. Because we are not only parents, but also partners. "

" This morning, when we were in our daily rush again, my son asked, "Mom, how are you doing all this?" And I often ask myself that, especially when they were smaller. When I had to carry them everywhere and the care was a lot of work. "

" But we all have a lot of support for each other. And luckily my husband and I really do it together. The boys also quickly learned to be self-employed, because, for example, during swimming lessons I could not of course help each child get dressed separately. The care for four small children is behind us, the twins are now slowly pubering. I am curious what that will bring us! "