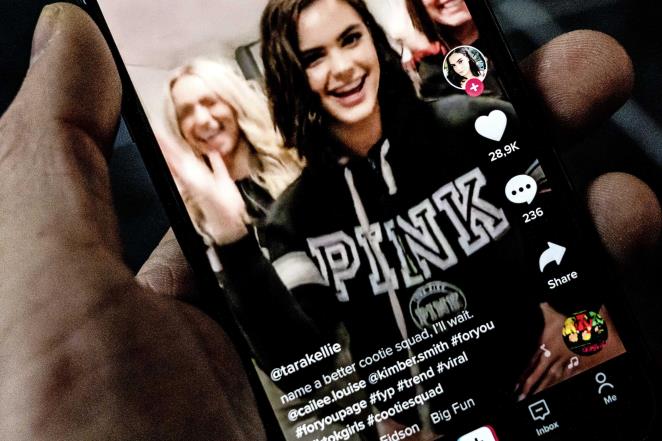 Denise (39) is concerned about using the TikTok app (formerly Musical.ly). She keeps a close eye on her daughter (10), but wonders if her daughter is 'safe' on the app that streams live videos and short films.

Helpwanted, a helpline that helps young people with online sexual abuse, tells NRC that reports about TikTok come in every day. It is estimated that almost every child on TikTok has to deal with inappropriate responses.

Those messages scare parents. Denise also once found a film in which her daughter - in all her innocence - was 'working' and one she had made in her nightdress. "As a malicious person you can see everything in this", she expresses her worries to VROUW. We put her question to Justine Pardoen from Bureau Jeugd & Media.

"For younger children: it seems nice, but those children copy their examples. They start behaving sexy, ”says Pardoen, pointing to videos of girls in short skirts dancing on their favorite hit with puckered lips.

“ But TikTok is certainly not the only one app where children run the risk of finding a pedophile, Pardoen also knows. "As soon as an image can be shared, or chat can be done, contact is an option. So as a parent you have to do what you can to prevent misery. ”

According to Pardoen, what makes TikTok special compared to other apps is that it attracts such a large and young audience. "That creates extra risk, because children often don't understand what it means when they broadcast something. There is therefore a role for parents there. "

" Only parents often do not know how the app works and they often only act afterwards, "notes Pardoen. "But you don't teach your child about road safety after an accident, do you? We would like parents to include media literacy in their upbringing. It is really no longer possible to not interfere, to trust that nothing will happen. "

" It is difficult for parents, but on the internet no place is safe enough for children to release without guidance and / or media education. The best remedy for snoopers: locking the accounts so that only friends can watch and respond. ”

TikTok has grown up more recently last year: not only young children are on it, many more adults and businesses. It is seriously possible to be "discovered" there. And locking the account is not an option for 13-year-olds and older.

It is precisely this target group that the whole world can watch. That really means talking to your child, talking, talking. Precisely in response to the recent fuss! In addition, how does it feel to be on an app where the Chinese owners determine what you can see? And make choices that go against how we want to live together here?

Thus it appears that discrimination and inappropriate responses are given ample room, while homosexuals and disabled people are excluded. At least a full lesson could be devoted to this, and that lesson is called "citizenship education."

Is your child also on TikTok? If so, how do you supervise? Active, or do you actually intervene afterwards? Join the conversation on Facebook!