Island hopping in Northern Cyprus: 3x away from the crowd 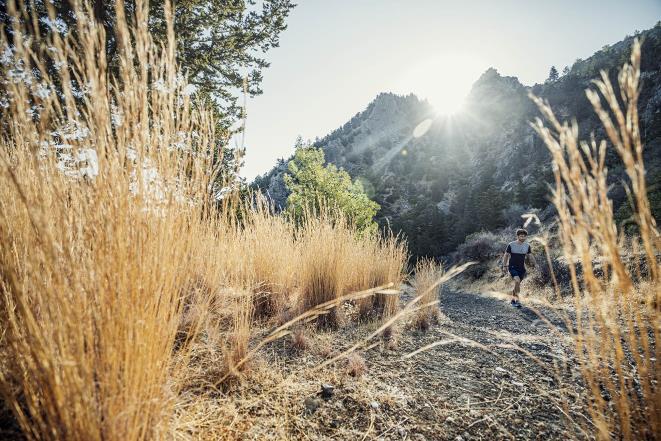 The northern part of Cyprus, officially the Turkish Republic of Northern Cyprus, is an internationally occupied area and is therefore skipped by many travelers. Yet it is absolutely safe and easy to travel. Behind all the tough propaganda we found a country with wonderful nature, a fascinating history and a very small heart.

Northern Cyprus grows on you! The northern part of Cyprus is internationally an occupied area. Scattered over the landscape are military bases and never completed hotels that remind you of that. But when you rent a car you also see beautiful valleys, ancient olive groves, and the petrified witnesses of centuries of civilization. Add to that the magnificent mountain range in the north and the golden beaches, and you will have a wonderful holiday. Especially since the residents are free spirits who are more than happy to exchange ideas with you. Although an Islamic country, there is no hard division between the sexes and men treat women respectfully. In particular, ask the residents what they would like to do on a free afternoon, because they will send you to the most unexpected places.

In terms of route, we recommend that you stay in Nicosia for the first night and then drive to the area around Kormacit. From there you explore the North Cape and the far west. You can also hike nicely on the Pentadaktylos. Afterwards you continue to the Gillham Vinyard Hotel for a bit of luxury. Skip Girne (Kyrenia) because you can still see British tourists all over the world, but continue to the Eastern Cape. Feed the donkeys and admire the sunset in Karpas. Then enjoy traditional Cypriot dishes in Büyükkonuk. Drop off to Famagusta in your last days. Take a short walk through the old town, then visit Varosha's Forbidden City and recover from all your adventures on the beach. Take photos at your own risk! 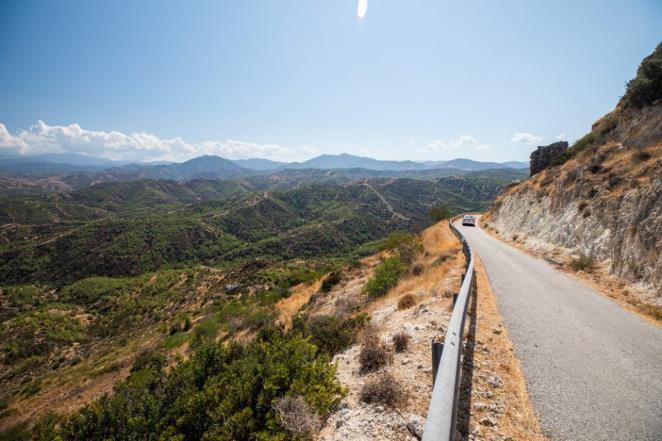 Legends are never far away in Cyprus. One is about the origin of the Pentadaktylos mountain peak, or the five-finger mountain. Digenis Akritas, a Byzantine hero, used the huge rock to resist when he wanted to jump to Turkey. He left the imprint of his hand in the stone, hence five bulges. There is an eleven kilometer long hiking route around the mountain top and on the south side you can relatively easily walk to the top in a few places if you want to rise above yourself and the legend. Starting and ending points are at the Bellepais Monastery. Real foot soldiers walk the entire 250-kilometer path from Cape Kormakitis, the point head of Cyprus all the way to the Eastern Cape in Karpas. You can also rent mountain bikes. Ask our guide Houssem Belloum for details, he is a walking encyclopedia anyway.

The ruins of Vouni Palace, built by the Persians around 500 BC, lie on a mountain top not far from Ye?il?rmak. The drive there offers equally wide views of the island and the sea. (Photo: Manon van der Zwaal)

2. Hug the donkeys in Karpas

During the 1974 conflict, all Greek Cypriots were forced to leave northern Cyprus. They could not take their donkeys and they refused to slaughter the animals. The story therefore wants them to transport the braying creatures to the Karpas region, where they released them. Just because of those curious donkeys, Karpas is worth a visit. Donkey feed is sold for some lira’s in all villages. When you are cuddled up, you can sunbathe on the golden beaches and in the evening you gaze at the very tip of the Eastern Cape towards the sunset.

3. Bake a loaf of bread in Büyükkonuk 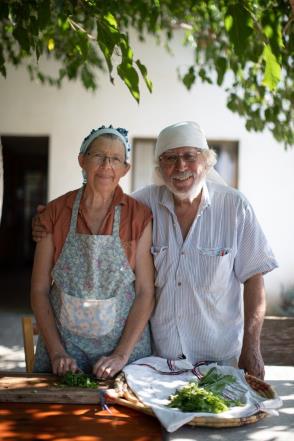 Ismael and Lois have just introduced ecotourism to northern Cyprus. In their bed and breakfast, bakery and delicacy you immerse yourself in the daily village life. Help Ismael light the oven and then bake a freshly made loaf of bread together with Lois. As the couple say: "Food is only tasty when it takes time to prepare it." In the meantime, you can hear about the recent history on the island. Avoid the farmers' market that is held a few times a year, because on those days a bus with tourists and bargain hunters allegedly arrives every minute.

Locals Lois and Ismail, in front of their house in the Karpas region, take the time to explain to us everything about the Cypriot bread oven, which you will encounter everywhere on the island. (Photo: Manon van der Zwaal)