Island hopping on Cape Verde: multiple vacations in one 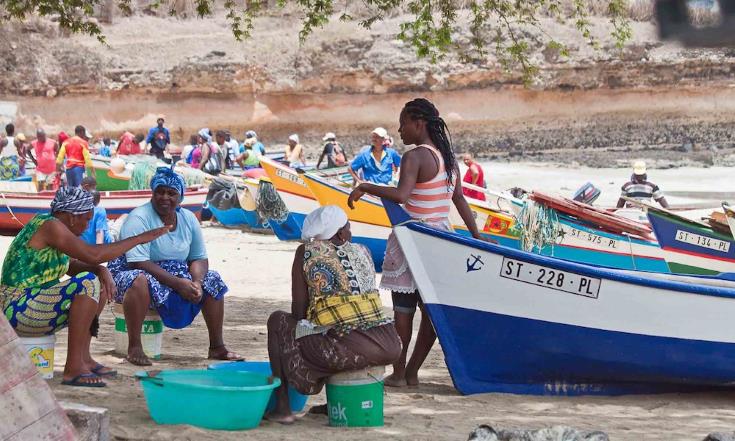 Do you want island hopping on Cape Verde? The Cape Verde Islands are an excellent holiday destination for traveling independently. The landscapes on the islands vary enormously. Do you want to enjoy a beach holiday, wander through charming cobblestone streets and walk through beautiful valleys? With a Cape Verde tour you have several vacations in one.

Because Cape Verde consists of different islands, it is wise to think in advance what kind of holiday you want. Every island has a different character. São Vicente is the cultural island, with dance, music cafés, grand carnival and festivals. Santo Antão is the hiking island with imposing mountains, green flanks and panoramic views. Fogo is the enchanting island with great contrasts. Sal and Boa Vista are sparsely populated desert islands with azure blue water, white beaches and fishing villages. Santiago is full of diversity: sun, sea, beach, nature and culture. Join island hopping on Cape Verde Islands. 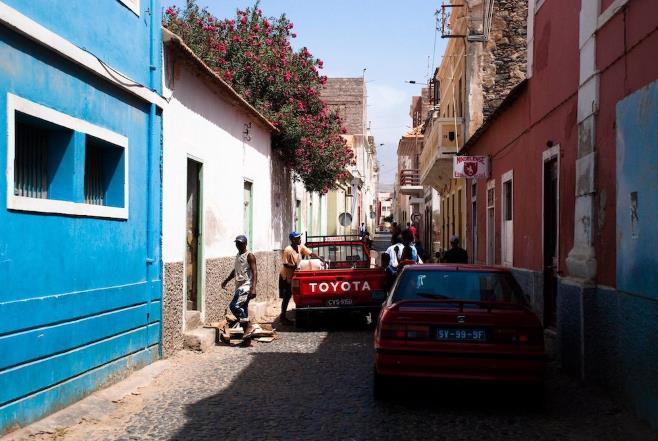 Begin your Cape Verde tour on the island of Sal. The village of Santa Maria in the south of the island is small-scale and cozy. This atmospheric fishing village has a relaxed atmosphere, where you can enjoy live music, freshly caught fish and the vast beaches. In Palmeira, residents walk out to the colorful fishing boats and to buy the best fish. In addition, the authentic village is known for its beautifully painted houses. Always wanted to see sharks in real life, but aren't you a hero when it comes to diving? At Shark Bay you have the opportunity to see these animals a few meters away. You have to do something for it: walk about 50 meters into the sea. Well a diving enthusiast? Clear water with coral awaits you off the coast of the fishing village of Murdeira. Did you think you could only float in the Dead Sea? Also on Sal you can stay well above the water because of the high salt concentrations. Visit the Pedra de Lume salt crater and you will experience it. 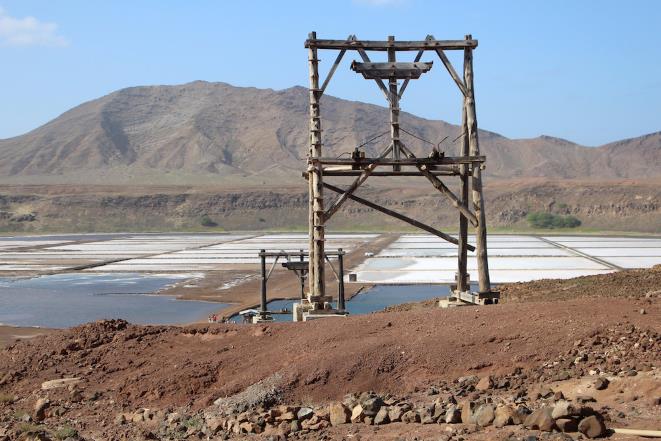 São Vicente revolves around Mindelo, the cultural capital of Cape Verde. The city is decorated with colorful Portuguese colonial houses and charming cobblestone streets. Music is the most important thing in Cape Verdean culture. And Mindelo is the place for festivals, carnival and music performances. 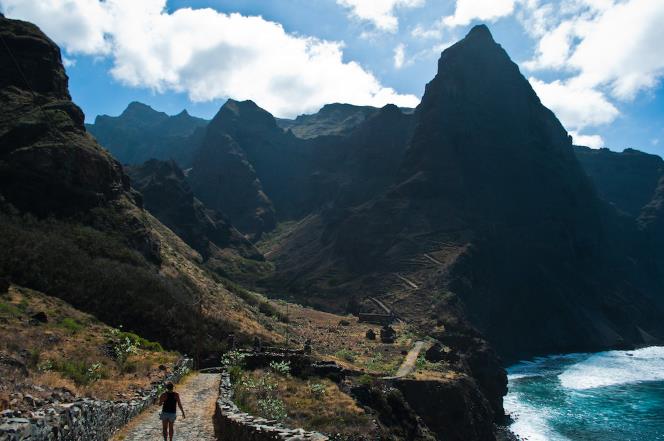 Island hopping on Cape Verde does not only consist of visiting charming villages and relaxing on beautiful beaches. Santo Antão is the island of breathtaking landscapes, rugged serrated mountains, lush nature and hidden valleys. If hiking is your thing, then you are on this island. You will find steep cliffs with rugged coasts and beautiful hiking trails. Nature is one of the most beautiful in the Cape Verde Islands all year round. It is not for nothing that Santo Antão is considered by many to be the most beautiful island in Cape Verde. 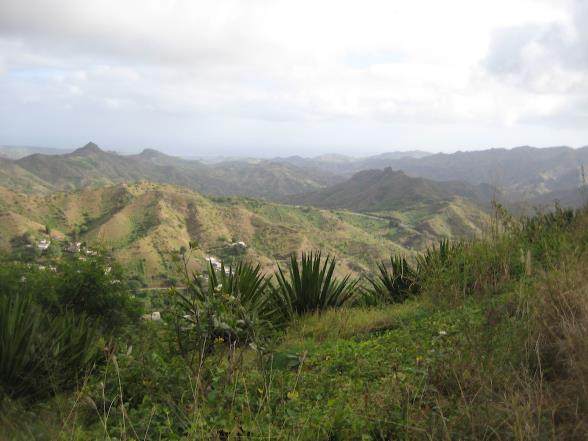 © Offered by Zoover Santiago Cape Verde Santiago is the largest and most diverse island of Cape Verde. There is something for everyone here: sun, sea, beach, nature, culture and much more. It is said that Santiago combines the best of all islands. You feel the African atmosphere in the busy capital Praia, but you also see green valleys, white beaches, fishing villages, mountains, lakes and savannas. 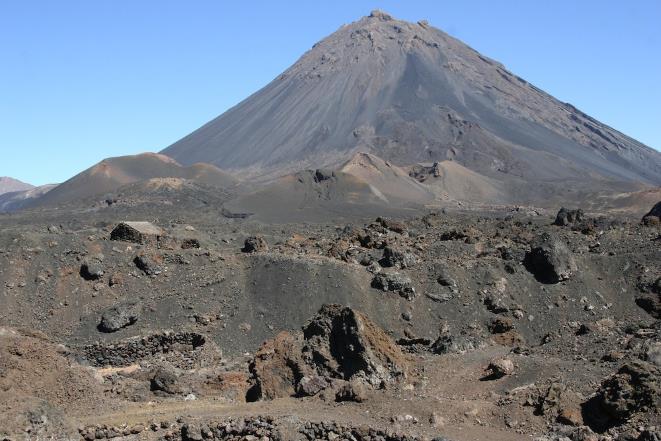 On Fogo you will find forests, lunar landscapes and one of the biggest sights of Cape Verde: Pico do Fogo. This ever-smoking volcano, peaking almost three kilometers above sea level, makes Fogo a unique island that can be compared to almost nothing in the world. Climbing the volcano is a must-do when you go island hopping on Cape Verde. 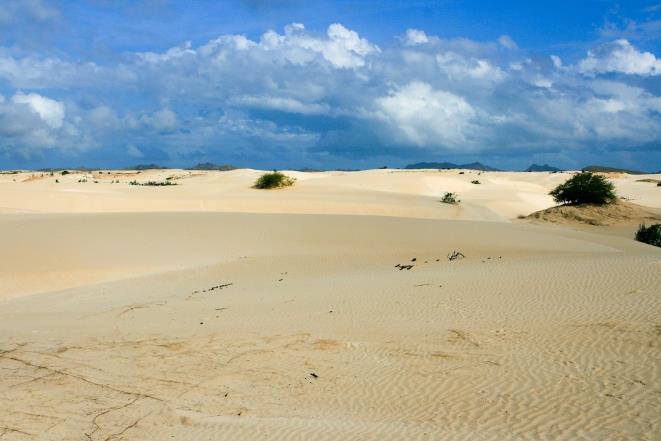 If you are a true sun worshiper, this island will not disappoint you: snow white beaches and crystal clear water, where you can see the seabed without snorkeling. Almost the entire island consists of sand, so in addition to dune walks, water sports and relaxing on the beach, there is not much to do. This makes Boa Vista the perfect place to end your Cape Verde vacation. You can spend the night on Boa Vista at Hotel Riu Touareg and Hotel Riu Karamboa.