Jolanda's little daughter (2) drowned: She went to the swimming pool 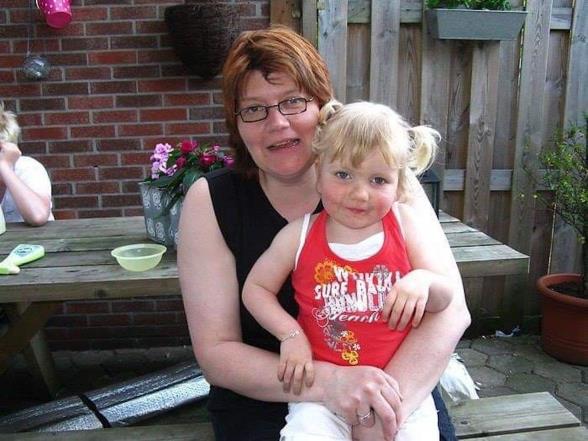 Unfortunately, this summer it has been in the news again: children drowning in a swimming pool or open water. Jolanda Bruggink Navis (51) knows what it's like to lose a child to drowning. We spoke to her earlier in the summer of 2017. In the meantime she has written a book about the sudden loss of a child.

Sometimes she finds it difficult to look at photos of little Madelon, who is now 13 "I see her clothes and realize that they are old-fashioned clothes, that she is wearing old-fashioned pants; after all, time stands still on photos. She will never grow older than 2 and never wear clothes of this time." >

In her book And now? she interviews fifteen fellow sufferers. People who suddenly lost their child. On the water, in a traffic accident ... "It is important for me to tell those stories; the pain and the sadness may be there.

I wanted the children - and also my daughter - to have a monument To keep them safe, That they may still be there, In a book that you can get to hand again, in which later generations can read about her, such as: 'Yes, that was Madelon'. .

I, and many of my fellow sufferers, experienced permanent damage and I wanted to show that it is a fight that you deliver day and night. watching your child die and that is the worst thing that can happen to a person.

I think every parent can imagine what that should be like. Then it is crude when people say to you: "Gosh what do you keep hanging in it ',' Are you not over it now? ' or "You are not happy either."

I also wanted to show with my book that you can experience happiness again after a while. When Madelon had just died, some that it would never get better, that I would remain unhappy, that I would have no future.

I must also admit that I have been living for a while but that at some point life can be fun again and that despite the pain you can really become happy again.

That's why I only interviewed people whose child died more than five years ago They can view it a bit from a distance, put it in a somewhat broader perspective.

I can also enjoy nature. a nice air, a nice scent. I leave more often to look for happiness. For example to my beloved Vlieland. As if that also feels double; it would of course have been so much nicer if she could have participated. It is also sad that she does not go.

Madelon was a moving girl. She went to swim with a nephew and escaped attention during the graduation ceremony. I've kept her with me all this time. She was crazy about water and I knew what she had in mind. And yet it happened. Where all those lifeguards were.

She just walked through the canteen, past the cash register and back to the swimming pool. Family went looking for her. Because of the sparkle of the water we did not see her immediately. My son discovered her in the water and then hell started.

I always fear that something will happen to my other three children. My oldest daughter wanted to go disco swimming on her birthday in the same pool. I had to let her go. They also received such a blow, but life goes on for them too.

I miss the little things. That we always ate together in the afternoon, Madelon and me. Then we took a nap, then there was peace. I have not been able to regain that peace for a long time and I was often alone during the day. My other three children were older when Madelon died and went to school already.

That time gave me a lot of time to think. That did me good, but the lack and the pain are permanent. It is impossible to get over it. It is not that I think of her every minute, but sometimes the grief comes over me. Intense and raw.

It comes with bits and pieces. For example, when I think of the little pink sandals that I had bought before the morning of her death. They already looked completely green on the grass, she had already thrown that much.

When I talk about it now I get a lump in my throat. I still have the shoes. But I also have her T-shirt that she wore when she drowned. Someone from the pool washed and stored it for me and gave it to me later. A golden gift.

The money I collect with this book goes to the Parking in the sun foundation. With that I want to help people who have suddenly lost a child. By giving them a day away, or a nice photo series. Something that can brighten them up a bit.

We have helped many people this summer. Also by giving them attention, listening to their story. Unfortunately I know what their sorrow is and now I try to help others who experience the same thing. "