Katia adopted a child at the age of 28 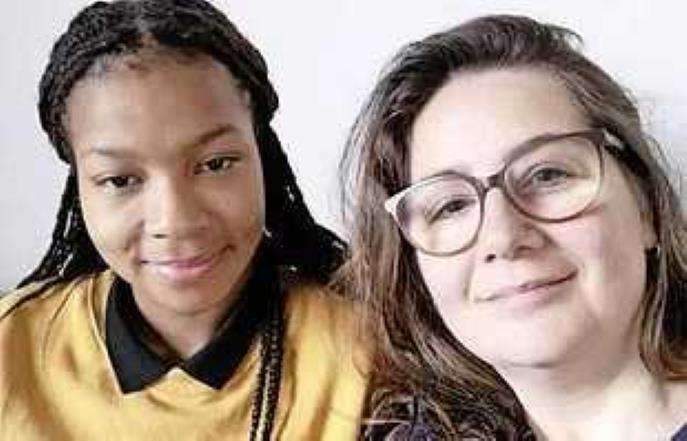 Women are on average around 30 years old when they become mothers for the first time, but when people decide to adopt a child they are on average older. Katia Loa (44) was 23 when she had her first child. Five years later, she and her husband John adopted the Colombian Sofia. "I didn't necessarily need more children of my own."

"I was 12 years old and then I already knew:" I want to adopt a child later. " At a young age she got a relationship with John - now her husband - and at the age of 23 she gave birth to Raven. "I really wanted to experience what it is like to be pregnant." Soon after the birth of their son, the couple applied for an adoption procedure.

Katia: "The idea of ??adopting really comes from from my childhood. At that time there was a lot of poverty in Africa on television: the great famine, Live Aid ... I became interested in poverty and orphans and was determined to do something about it. Why keep creating children if there are enough kids without parents? ”

It took 3.5 years before they could pick up Sofia (now 18) in Colombia. "You receive a compulsory course and then it is determined which country suits you. For a child from Africa you had to be a Christian at the time, but I am Jewish, so that fell off. And for China, they wanted people who couldn't have children of their own. ”

Six weeks in advance, Katia and John received a call that they could pick up Sofia (2.5 at the time) from Cali, Colombia. "We knew that we would not be assigned a baby because we already had a 4 year old son. Then the age difference would be too big. ”The name Sofia was coined by the biological mother. Katia thought it was important to keep her name. "When we got Sofia in our arms, our family felt complete; that's how it had to go. Sofia immediately joined us. "

Although Sofia was only 2.5, she was very independent. "She could dress independently and already knew how to clean. Very sad actually. And she spoke a few words of Spanish, just like us. In terms of language, we were at the same level. But already when Sofia was in our house for a few days, she became a child again: she could no longer dress herself and needed help. So she needed to be cared for. "

Raven and Sofia needed time to get used to each other. They now have a real brother and sister band. Katia is very proud of Sofia. "In the beginning she had quite a bit of trouble in primary school. Because she has not known love for the first two years of her life and was unable to express herself emotionally, she has a slight emotional backlog. Sofia is from a foster family, so her bonding situation was not ideal. We are happy that we have been able to educate Sofia in a stable environment. "

" Adopting has made me more worldly and enriched my life. I'm pretty practical: if I want something, I want to do it right away. That was also the case with my wish to become a mother, which I also wanted to see fulfilled as quickly as possible. I'm glad I didn't wait too long: an adoption process often takes a very long time and if you're over 40, you are sometimes too old. You'd better go for it at a young age. "