Laughing expert: 'Humor is essential in times of crisis' 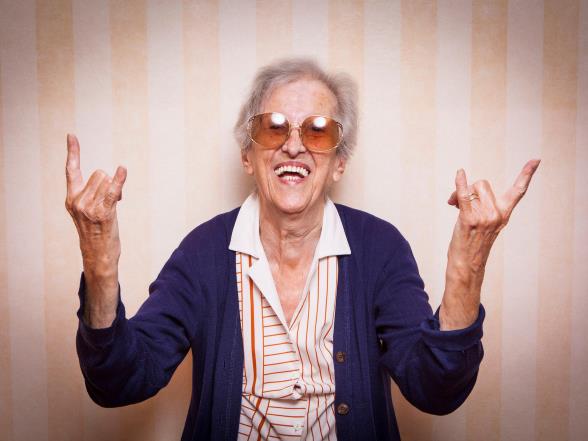 Laughter is healthy, they say. But has that been scientifically proven? And do we still laugh enough in these uncertain times? Six questions to Dr. Sibe Doosje, who is a laugh researcher and humor specialist at Utrecht University.

"Research into laughter and health has indeed shown that laughter has limited health benefits When we smile, more endorphins are produced in the brain, a substance also known as pleasure or happiness hormone.There are also studies that show a link between laughter and an improved immune system.These were all small studies. "

So the evidence isn't overwhelming?

" No. According to another study, laughter is associated with less pain: subjects who laugh and / or have fun have a higher pain threshold. However, subsequent studies have never been able to demonstrate the connection again, so it is difficult to establish a direct connection. "

Why is it so difficult?

" Endorphins do not fall It is also difficult to demonstrate the one-to-one relationship between laughter and health n, because laughing is triggered by different things. "

" For example, the chances of laughing are much higher when you are in a company than when you are sitting on the couch alone. We know from social contact that it promotes health. So the health-promoting effect can also be in the social aspect. "

Speaking of the social aspect: are we still laughing enough now that we are sitting on the couch alone?

" You might think not. We are at home, we are worried, for some people the corona crisis has a major impact on their happiness level. In a negative sense. Yet you see that there is also a lot of laughter. That mechanism always works in crises: especially now we use humor to fight negativity. "

" You see it everywhere: in the newspaper, on social media and via mail and smartphones we share jokes about the crisis. In that sense, humor and laughter do have an effect on our health. Only not directly on our physical health. "

Which forms of health does it affect? ??

" Humor is part of the self-protection mechanism of humans. A way to stay psychologically and socially healthy. Even in the most terrible conditions - in concentration camps or in the Syrian Civil War - people make jokes. Humor fraternizes. It connects us together. We need that. "

And what makes laughing for mental health?

" The funny thing is that you put reality into perspective, but do not deny it. In that sense humor does the same as art: you have a feeling or an idea about society and you want to express it. A joke also affects people on an essential level. Humor is essential in times of crisis. "