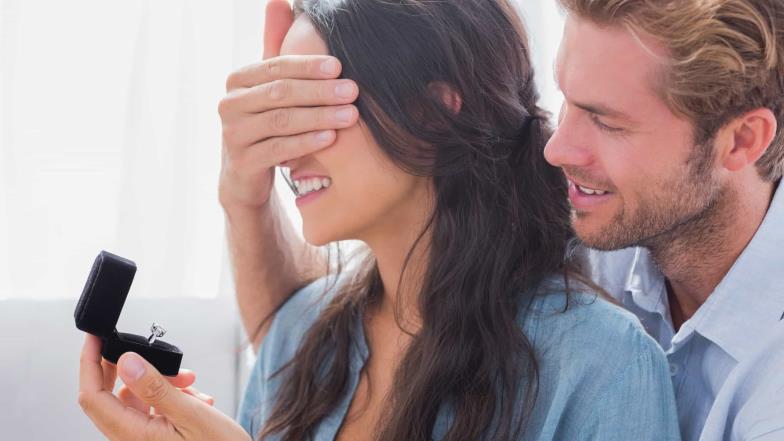 © Shutterstock She just couldn't say 'yes' or 'no' because she didn't realize he made the proposals!

A Canadian man made about 30 proposals to his girlfriend within six weeks, but that's not because she always said no. She didn't realize he was secretly "proposing".

Colton Vaters wanted to make a proposal to his girlfriend. Like the fun pants he is, he wanted to do it in a funny way, but at the same time it had to be romantic. He then came up with the idea of ??taking pictures of the wedding ring and his girlfriend without her noticing. He took ever greater risks. If she saw the ring, he would immediately get to his knees, but she never saw it.

Colton was able to take the most hilarious photos. Besides taking pictures of the ring and his girlfriend, he also hid the ring in all sorts of places in their house, including between her jewelry, on a backpack and on a baby bottle. The ring remained in the same place for several days, but she did not notice it. The ring has even come into physical contact with his girlfriend several times. He laid it on her back like that while she was working on her laptop and in her sleep he had it on her body and even in her hand. He finally made the proposal during a photo shoot they had planned. See the funny photos and the final proposal below.