Mind the gap: 'I found out that the men earned much more' 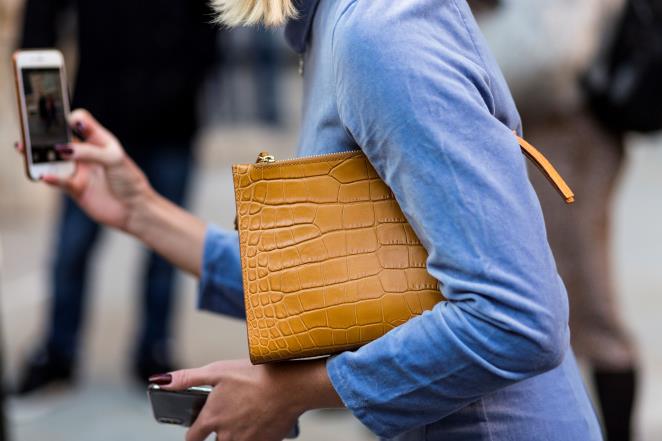 © Editors Marie Claire Mind the gap: 'I found out that the men earned a lot more'

One of the things in which it is not going well in terms of emancipation in many companies is the gender difference in salary. But what do you do if you discover that your male colleague's income is many times higher?

"I worked as a representative in a technical company. A real male world in which I had to prove myself double as a woman. Originally it was a family business, but it had grown into a large company with many employees. Because they had grown so fast in a short time, many things had not been properly arranged or recorded. About salaries, for example, was always a bit shadowy. One day I heard rumors that one deserved more than the other. I had gone from an indoor position to an outdoor position myself and got a company car, but with additional costs. I barely made any progress, although it was a completely different job with many more responsibilities.In the end I started talking to my male colleagues about salary.Just by checking here and there I got there behind that they really made a lot more! If I got storage that was only a hundred euros gross, while their monthly income was many times higher than mine. In the end I stayed with this company for a long time. My private life was somewhat turbulent, so that the stability outweighed the money. When I took the step after several years to apply elsewhere, I had in my head that I wanted to earn 600 euros more than my last-earned salary. I got 800 euros more! "

Read also: Ah! That's how you ask your boss for a promotion

" Applied two years ago I take the position of team leader within a security company that processes alarms and faults, among other things. I thought one applicant would get the job, but because it was a large team and we were available 24/7, two new team leaders were hired. My new colleague Jorik and I were hired the same day and I liked him immediately. We were a golden team, worked hard and got on well together. One day during lunch we talked about holidays. He went island hopping in Greece and had just done some house work before and bought everything for his interior. When I made a comment along the lines of 'what are you doing it for?' Jorik said that he could save a lot of his salary. It was much higher than with his previous employer. This got me thinking. Did he earn much more than me? Shortly afterwards, I went to HR to ask if they were working with scales and if there was a wages directive. I have been honest and expressed my suspicions. They would check it out and come back to it. After three weeks I still had no response. I noticed it affected my mood and work ethic. Eventually I went to drink coffee with Jorik and I told him what was bothering me. I was right. He earned 600 euros more! And he also told me what other male colleagues in our department earned. He was just as surprised as I was.

I went to my manager very angry. He gave me the weak answer that I myself had agreed to this wage. There was something in it, of course. But you still expect a certain honesty within a company, rather than 'the one who shouts the loudest deserves the most'. In the end I left. When I presented my letter of resignation, suddenly everything was possible. But then it was too late.

I am currently seconded and working in a similar position. In the selection procedure I immediately asked to see what my male colleagues earn. I understand that it is easier to request this from a secondment agency than from a future employer, but it does not happen to me again. "

" I worked as a personnel officer at a construction company and soon realized that my male colleague, who did the exact same job as me, was earning much more. I didn't want to bring it up right away - let me prove myself first, I thought. But after a year I put on the naughty shoes. My supervisor was someone who was already trying hard in advance if you wanted to talk about money. Then he started sighing and puffing and taking on a very authoritarian posture, like asking for every hundred thousand. In the end, after a lot of 'nagging' on my part, the difference was corrected, but our relationship did not improve. Perhaps he had bet I would go for harmony and let my dissatisfaction with the money rest. I noticed that this frustrated him when he once said, "You have a man who makes good money." I really thought that was the limit. What did my husband's wages have to do with it? This was all about my performance and my job!

After two years I got a new job. I supervised young people who were trained within our company and maintained contacts with the schools. That seemed to be a logical extension of my work, but in practice I finished open days in the evening or I sat in my free time at graduation ceremonies. After five years I was fed up and quit my job. On one of my last working days, I had a short chat with the colleague who would take over my duties. When he showed me a letter saying he would receive $ 200 a month for student counseling, I thought I'd explode! In the end, I still went to my boss and I was able to offset my study costs, of which I had to repay part, against the money that I had missed all those months.

Now I work for a government agency, where the salary is very clear. I know exactly what I should earn with my experience and education. What I have learned from the whole situation is not to take on extra tasks without making clear agreements about this beforehand. "

Wilma Rossieau, Sr. Consultant at LENS Executive Search agrees that the gap in salary between men and women does exist, and it is often concluded that it is due to the lack of negotiating skills of women, but there is more to it. male candidates are negotiated longer. Women are said to say here and no further. That gets you thinking. Do employers give male candidates more room and are they more willing to offer a man a higher salary or better conditions? Also the mindset of the manager on the other side of the table we are dealing with Another well-known phenomenon is showing your last payslip, which then serves as the starting point for the new serve salary, of course you maintain the gender pay gap.