Museum Week continues, but then digitally 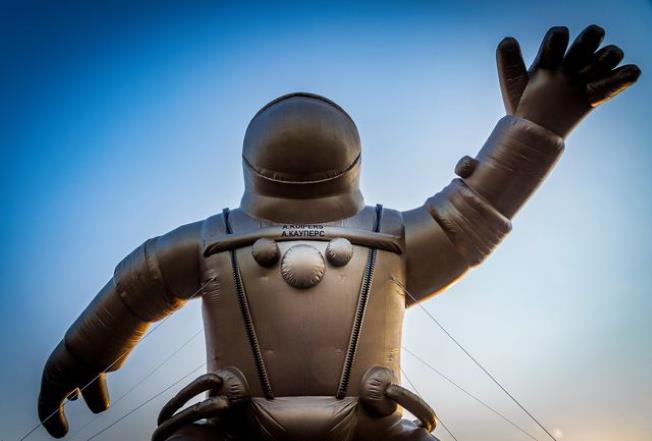 © Photo Lex van Lieshout / ANP The fifth Museum Week started in 2019 with the unveiling of a gold-colored statue of Andre Kuiper's astronaut suit.

The Museum Week (20-26 April) will continue, but in digital form. About 400 museums will contribute to an online work of art around the National Monument on Dam Square: the week is devoted to 75 years of liberation.

The Museum Association announced this on Monday. Due to the corona crisis, the "golden showpiece" with which the week traditionally opens, is a virtual work of art. It will be four panels curved around the National Monument on Dam Square in Amsterdam, which will, as it were, embrace that monument. Four hundred works from the participating museums can be seen on the outside of the panels. And on the inside, according to the Museum Association, “personal showpieces come from people themselves: during the week we call on people at home to share their own artwork or what inspires them and thus help build the online golden showpiece”. The aim is to 'emphasize 75 years of cultural freedom'.

Traditionally, Museum Week has the theme "discover our real gold", which means the collections of museums. The week will be held for the sixth time this year, it is the successor to the Museum weekend (from 1982 to 2014). The aim is to reach an audience that would otherwise not go to a museum. To attract the attention of that audience, an object from a museum has always been poured in gold paint at various locations and placed on a square. In addition to the virtual artwork on Dam Square, Museum Week this year offers online tours, workshops and live broadcasts from museums.