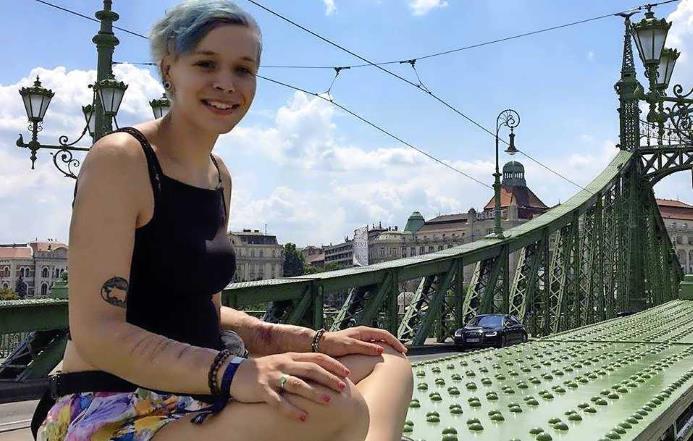 The now 29-year-old Doortje has been automating since she was twelve. She was admitted for the first time at the age of fourteen and since then it has been an out-and-out walk in clinics, open and closed departments and hospitals. Doortje's mother Jolanda can only watch and be there for her.

"I have borderline and PTSD," says Doortje, "and one of the symptoms of borderline is that I hurt myself. "She has been doing this since her childhood. "In the beginning I tried to keep it a secret, but at some point my parents found out. They were very shocked by that. ”After that discovery, the first recording followed. "At first I was in the open ward, but after trying to strangle myself with laces, I was transferred to the closed ward." She stopped talking for a moment. "That sounds so intense."

But it is also intense. Doortje is now studying at the university and is writing poems about her situation, but has just come out of a (crisis) recording and has been in the first-aid room every week for the last few months because she has damaged herself. "I have been clean for two weeks now and I feel better now, but it is still fluctuating." Due to the borderline, Doortje has higher voltage levels than average. Her tension rises faster and decreases more slowly. And when that tension reaches its peak, it resorted to automutilation. 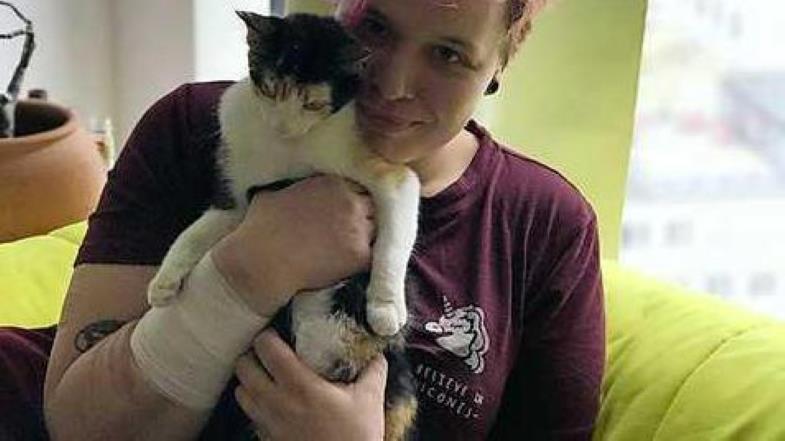 "At that moment I am not concerned with the pain, but with the blood," explains Doortje from. "My blood also drains my emotions. Then the tension disappears in one go and I become calm again. "Yet it is not always the case that" everything is good again ". "Sometimes I am not satisfied either, then I was already in the hospital and I thought I should have cut deeper. Sometimes there is a little voice in my head that says that I should damage myself as much as possible. "

Self-harm is a short-term solution: the tension / stress simply comes back. And so Doortje continues to automate. "I have therapy now, but I don't think it really helps. I don't know if I can ever stop. I often have periods that I didn't do it for a year, and then it comes back. I am actually always afraid that it will come back. "

Meanwhile, Doortje has been damaging herself for seventeen years. Seventeen years in which she hurt her parents a lot. "I often feel guilty about that. They have been to the hospital so many times that they are already quite used to it. I always tell it when I have autututured, that doesn't scare me anymore. My parents still find it difficult, but the contact is otherwise good. But they would not want me to live at home again, that is too heavy. And I also understand that. "

" You want to see your child happy and it is very painful if you find that it just won't work. "Jolanda (59) often feels powerless. "In the beginning I didn't understand. How can anyone hurt themselves so much? I did not understand that my child was so unhappy. ”Over the years, Jolanda has begun to understand the motives of her daughter. "But it remains very difficult. It is just very embarrassing to see that that is the way for her to stay on her feet. ”

The times that Jolanda and her husband and Doortje were on first aid are no longer on two hands to count. "Sometimes she tries to hide that she has been automated, but of course that is no longer possible. It has also increased enormously in the past year. I know few people who automate as much as Door does. "

But how does Jolanda deal with that? "At a certain point you switch off your feelings. You want to help her in such a moment, but you don't have many resources. You have to be there for her and not condemn her, it only makes it more difficult. It doesn't make sense to sit next to it and cry, you don't help her with that. You have to find a way to go further and continue to support her. "

And so Jolanda always answers when Doortje calls. "Then I immediately think" What happened. " It always plays in the background. "Yet she tries to do her own things:" To recharge myself so I can be for it. "

The relationship with her daughter is complex, she thinks Jolanda. "I love her very much, but I see her fighting life like that ... That is hard to bear, and I have had to learn. I also felt very guilty in the beginning: what did I do to make my child feel so miserable? But I now know that it is not a matter of guilt, she has an illness. "

" I do not wish anyone a life as she has it. It is a struggle every day. ”On the one hand, Jolanda sounds very sad and on the other, very competitive. "We are consciously very open about it, by ourselves too. That is a way to live with it. If you have to hide all this, it is too heavy a burden to carry. "