"My children don't know that I am married" 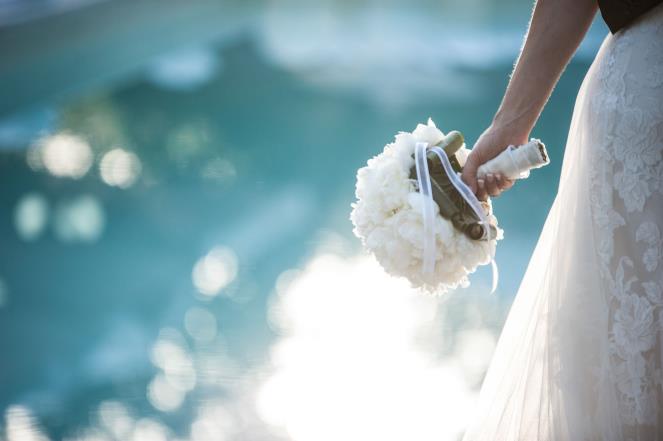 In this popular section you can share your secret anonymously. This week a reader tells us that she is keeping her marriage secret from her children.

"It was a beautiful spring day, our wedding day. The Tuscan light seemed even more magical orange than usual. We were there with two of our best Friends flew over and stayed in a villa on a hill with a beautiful view of blooming magnolias and oleanders. It was a modest ceremony: beautiful, loving and unforgettable. I would do it again.

In fact, I would really like to do it again, because the only thing that cast a big shadow on this super day was that my daughters weren't there, and that was my choice, because they can't that I already have a new relationship 'so soon' after the death of their father.

And when I say 'so quickly' I mean: after a little year My first, great love had esophageal cancer a horrible disease, of which we intensively 'together' all phases, right up to the end After his death and the funeral, I was devastated.

But what also struck me enormously was to see the sorrow of my young adult daughters. They were both a real father's child. Fortunately they both have a dear friend who is a great support for them. On the other hand, I had to shape my new life as a widow in that horribly empty house.

And yet it happened: six months ago Robert suddenly came back on my path. Indeed 'again' because he is my very first boyfriend. I met him in the cinema and we couldn't stop talking. Long story short, there was still a spark, and although I first tried to stop it, it flared up.

For a long time I kept it hidden from my daughters, because I felt that it would not be good if I proposed a new love a year after their father's death. But when one of them remarked that she was so happy that I finally seemed a little happier, I couldn't help but say that there was someone else in my life.

< I thought she would be happy for me, but she didn't understand and even blamed the butterflies for me. She immediately told her sister and she couldn't accept it either. "If you meet him, you will certainly like him," I objected. But they resolutely refused. And still.

Since then I see my daughters less and less. I find it horrible, but still choose myself, because Robert is very sweet and caring and makes me super happy. So when Robert went down on our one-year anniversary, I could only say "Yes!" say. Because it feels so good between us!

I had never been married before, because my deceased partner thought that getting married was nonsense. So my daughters don't know anything about our marriage and it bothers me that I don't share something so important with them. I would love to tell them, but fear that they will not forgive me and then break off all contact. What should I do? "