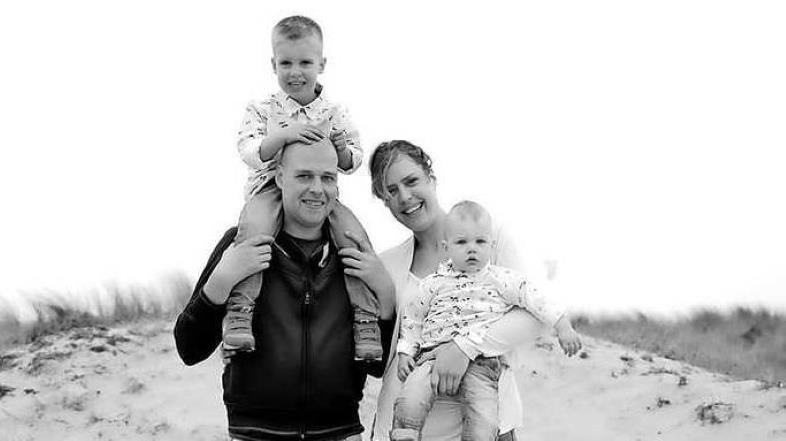 Although you don't see it right away, Glenn (4) lags behind peers: he is lagging behind in speech but also in language comprehension. Parents Nadia (33) and Dennis (35) do everything to ensure that Glenn notices as little as possible of this language development disorder at a later age. For example, he already went to a special treatment group for children up to 4 years old - STER - and after the corona period he goes to a special primary school. But for now Glenn is forced to sit at home. Nadia: "I am afraid he will relapse."

At first glenn you see nothing: he is a sweet, cheerful and social boy. Only when you compare him with other peers, you notice the difference: he can hardly make himself understood, does not always understand what his friends mean and is quieter. But there is hope because with the right guidance, Glenn will not be aware of his disorder when he is older.

Glenn cannot go to a regular primary school, his mother Nadia says: “The treatment group where he has been so far can have a maximum of ten children with four teachers, and even that is too much for him. And regular primary schools have much larger classes. It must be special primary education, and they have waiting lists of at least a year. ”

Actually, April 9 would be Glenn's last day at STER before moving on to special primary education . But also for Glenn, Corona threw a spanner in the works. "STAR continued to send us things we could do with him until the last day. That helped enormously. Now that the schools are opening again, he can come and play today for a morning and say goodbye to close it off properly. But then it really stops there for Glenn because he is now 4 years old. ”

Due to corona, some schools are still holding off new students who are not yet of compulsory education. As a result, the waiting times are getting longer. Nadia is concerned. "Glenn really needs professional guidance. Together with his current treatment group, we worked very hard to get Glenn where he is now. He is lagging behind, but has made great leaps in terms of language comprehension; we can communicate with him at some level. He really needs school to stay at this level and move on. ”

Home does not work

During those first corona weeks, Glenn was at home and Nadia and her partner tried the guidance themselves to arrest. But that soon turned out to be too much: "We walked on our gums. We took everything in house to be able to guide him, but we did not have any training for it. As much as I want, I can't give what he needs. And that makes me very sad. ”

For that reason, Glenn went to a shelter that had adapted to the current situation. However, now that the schools are opening, this care is again being transferred to the standard schedules, and Glenn cannot go here again. As a result, Glenn has to sit at home until October. Nadia: "I think it is important that he feels comfortable, can just be a child. We can give him support, support and teach him things to a certain extent. But it ends a bit for us. During those weeks when he went to happy2move, he benefited a lot. And we too: then he was calmer at home. I am just afraid that he will relapse. ”

Nadia has now hired a CJG coach: someone who helps and supports her. Although this support does not change the waiting times. "There must be a temporary solution. If only that he can go somewhere for a few days so that the backlog does not increase further. He will soon be able to go to school and I am expected to open the whole puppet show again. Fine, but I'd rather do that now. ”