Notre-Dame renovation has been postponed due to corona outbreak 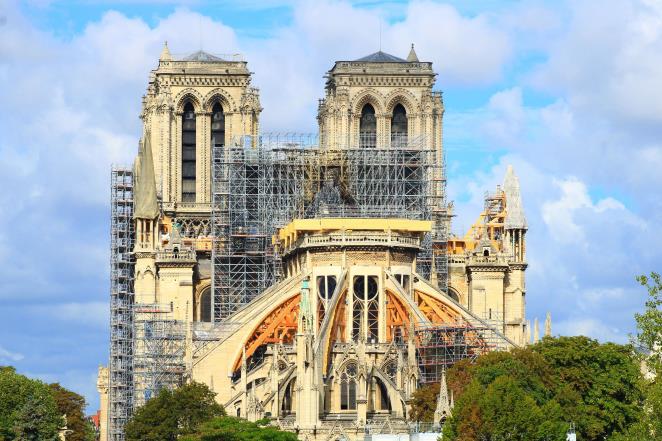 Many hearts in the world were broken when Notre-Dame in Paris was destroyed in a fire in April 2019. Now, due to the outbreak of the corona crisis, the renovation plans have been postponed.

French President Emanuel Macron drew up a five-year plan to rebuild the cathedral after the fire destroyed the spire and much of the roof. The French Ministry of Culture revealed in October 2019 that nearly one billion euros has been committed to restoring the famous Parisian cathedral.

About 100 people have worked on the restoration, from scientists to construction workers. Thierry Zimmer, deputy director of the Historical Monuments Research Laboratory, said that upon arrival at the workplace, workers change clothes and put on underwear from disposable paper with a safety suit over it. The employees wear protective masks and after exposure of up to 150 minutes, the paper underwear is replaced and they take a hot shower. "We shower five times a day," he says. Because workers are forced to shower constantly and are therefore close to each other, they cannot comply with the required social distance measures that have been introduced. As a result, work on the renovation has been stopped.

When the work was halted, preparations were just underway to remove the 250-ton molten scaffolding installed in the roof prior to the fire. These were then installed for the restoration of the spire of the cathedral.

Before the fire, no fewer than 13 million visitors came to the 850-year-old cathedral every year. Notre Dame construction began in 1163 under the reign of Louis VII and was completed in 1345.