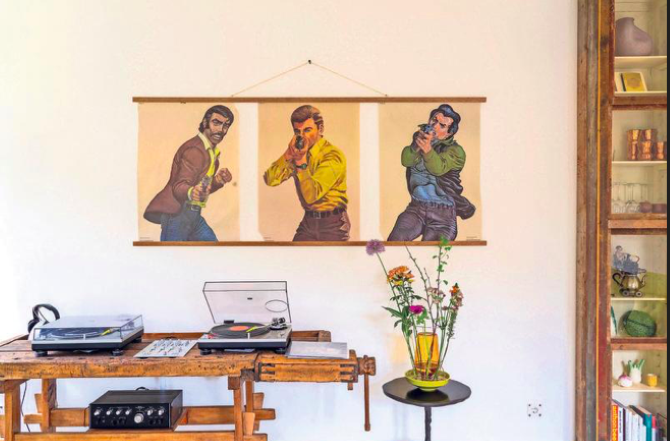 It became a shed on a courtyard in Utrecht, invisible from the street and in an oasis of peace. In 1890 it was the very first building in the area around the Wilhelminapark and once served as a barn. After the war it became a refurbishment place for horse carts, until the previous residents turned it into a house.

Two worlds come together inside: that of Margriet as a designer / entrepreneur in the design world with her art and design objects and the music by Giorgio. No less than three thousand plates are placed in the cupboard against the wall in a side room. Of course there are also two turntables, recessed in an old workbench. An idea by Margriet with her eye for design. The same goes for Sander Mulder's music boxes. Dogs without heads that produce sound: the Woofers. 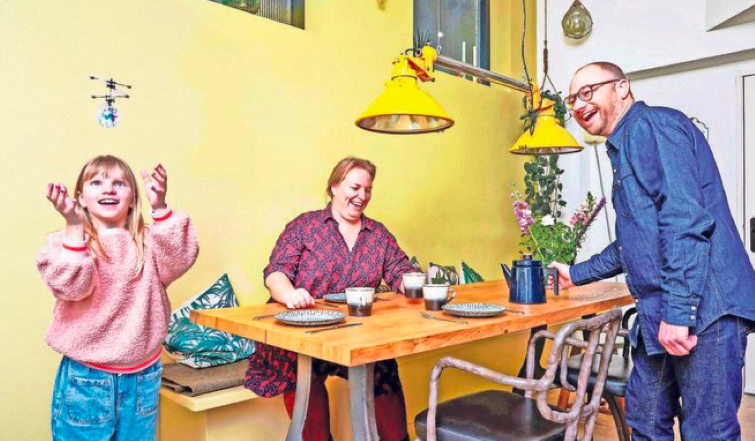 It is characteristic of their style: nostalgic, but edgy. Margriet: "We have many typical things. A lamp by Ghassan Salamé, a Beirut designer. Is it beautiful? I honestly don't know, it's a big crazy thing. We love items that you have to have guts for. ”

The vintage posters from the market in Belgium are an example of this. "We wanted something with the wall in the living room. I came across Belgian shooting posters that the police used to practice on. Three men with a 70s-style gun. You can also stick something else for that gun so that they hold a camera or a can of Coke. Again so striking. ” 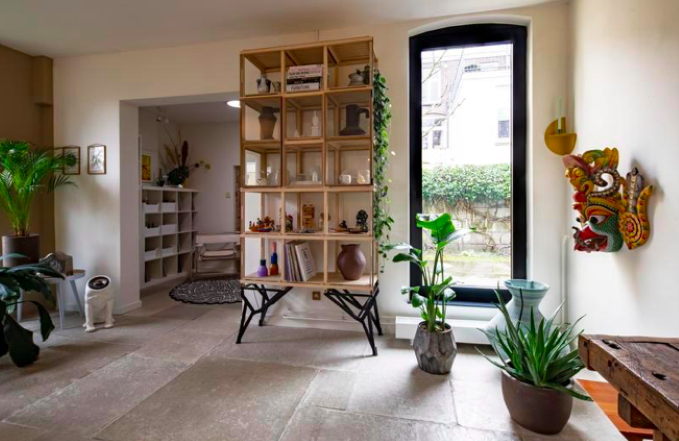 The mask from Sri Lanka from a trip has been almost everywhere. "I didn't want to hang it, but it did appeal to me, again it had something weird with all the colors. It naturally found a place in the living room. ” The old circus checkout board, found in France, is another example. And the camel chain on the wall in the stairwell also has a story. "A few years ago we traveled with the Tuareg nomads through the Moroccan desert. The beads of the necklace serve as currency in the desert. ” 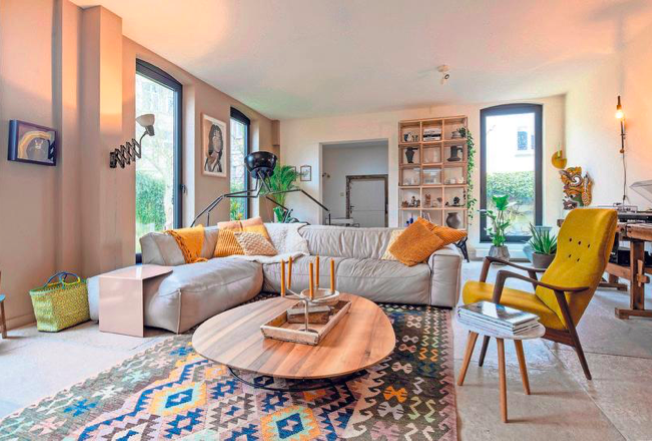 Margriet has less with practical furniture.

" We have a spacious sofa in the big space. It is unbranded, the point was that we could all lie in it. ” The kitchen table was made by a carpenter friend, the legs come from a machine factory in New York, she found them in Belgium. The chairs are by Maarten Baas and on the other side is a self-timbered sofa.

Then there is the narrow high cupboard in the living room. She had already seen it with designer Piet Hein Eek, as part of a three-piece cupboard. It was only sold as a whole. For two years she asked Eek to sell one. Eventually he tacked and it turned out to fit perfectly. As if it had to be like that.

"Everything has a memory. Things are added, things are leaving. This house is a daily form of inspiration. ”