Power of nature: the Taroko gorge in Taiwan 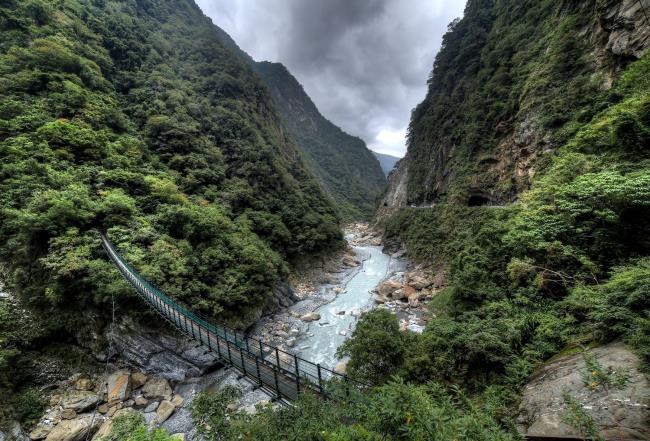 © Lonely Planet The power of nature: the Taroko gorge in Taiwan

The power of nature has created a miracle deeply carved in the indomitable interior of Taiwan.

Just before the Liwu River reaches the Pacific, it passes its last tributary, the Shakadang. With a bend it comes under a red bridge, to add its improbably blue water to the Liwu, a swirling slate gray. It is a sign of the power that has carved out the most impressive valley of the island: the Taroko gorge. The highest peaks here exceed 3000 meters and descend steeply and abruptly to the ocean. The Taroko National Park covers an area of ??900 square kilometers and is littered with hiking trails. Some of them are walked by hundreds of feet every day and others require a permit. Cheng Hsiao-ting is a teacher in the region, but she is a volunteer on the Shakadang path, to answer walkers' questions. "I came here a lot as a visitor," she says. "I was always very satisfied with the service from the staff, so now I want to give something back." The path behind her is one of the simple routes that runs along a valley with marble walls and river bends strewn with boulders. The route starts with a gallery that has been cut from the cliffs; water drips from above of the rocks. "The park is sometimes a bit moody," says Cheng. "In bad weather, many paths are not accessible. But today the park lets everyone in cheerfully.

© Offered by Pijper Publishing BV Power of nature: the Taroko gorge in Taiwan

There are two small indigenous communities in the mountains beyond the Shakadang path: the original Taiwanese. Their ancestors are said to have been the origin of the Austronesian peoples, who have fanned out over islands in the Pacific Ocean; even as far as Madagascar, New Zealand and Hawaii. Thanks to members of the Truku tribe, who once inhabited the surroundings of the Taroko gorge, many steep routes were cut out of the rocks at the beginning of the 20th century. At the end of the Shakadang path you can continue along the river along Highway 8 through the park. It is one of the few roads that cross the mountains of the Taiwanese inland. Just when the gorge starts to become dizzyingly steep, at the Swallow Grotto trail, there is a stall on the road where visitors can borrow helmets against the falling rock. The landscape is the result of a competition between the rocks, which are lifted by the movement of tectonic plates, and of the many water that constantly falls downwards. The Taroko gorge only gets deeper.