Rafting and wild camping on the longest river in Scandinavia 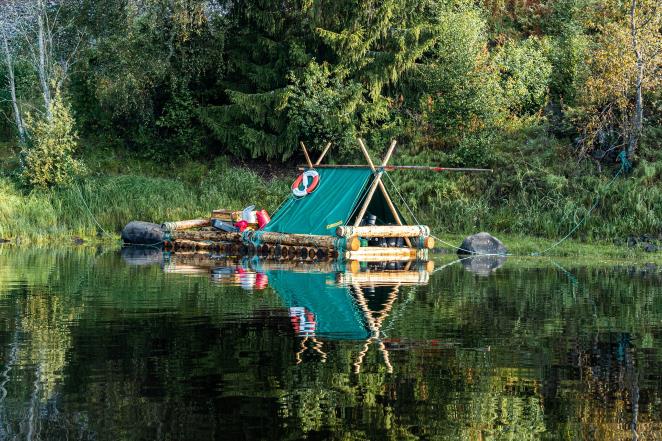 100 kilometers on a self-built raft down a wide river through a rolling landscape of forest and wide fields. It's possible in the Swedish province of Värmland. Experience a genuine Huckleberry Finn adventure at Vildmark i Värmland.

The sandy beach on the Klarälven River is all about activity. Thick tree trunks are rolled along a slope towards the water and a group of friends is busy with rolled up legs with long ropes. The water is ice cold, but it doesn't seem to bother anyone; the rope is carefully wrapped around the heavy tree trunks to secure them to each other. We are on one of the raft construction beaches of Vildmark i Värmland, an outdoor company that honors the hundreds-year-old tradition of rafting on this river. 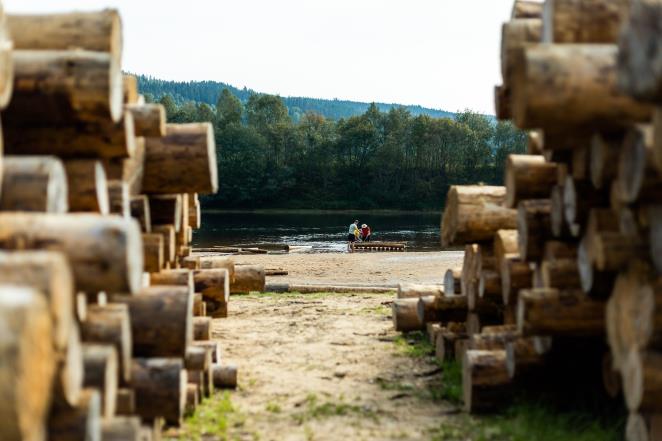 To the north-west of the Swedish region of Värmland lies the ridge that forms the border between Sweden and Norway, and in the southeast lies Vänern, the largest lake in the country. The Klarälven, the longest river in Scandinavia, meanders between them. An ideal transport route for the age-old wood industry in the region. For years, felled tree trunks were transported via the river. Not on a boat, but just floating in the current. It must have been an insane sight - a river full of thick boostammen, navigated by tough men who had to solve congestion, sometimes using dynamite. In 1991 the last loose tree trunks drifted down the river; nowadays they are transported by truck. But to this day, the river still offers the opportunity to go out with a wooden raft.

Today, several groups of raft builders are working on the beach at the beach. river. A group of men from Germany is building no fewer than three rafts, precisely enough to support them all. Three friends, also from Germany, are building one large raft, with which they want to make an eight-day trip to cover the full 100 kilometers of uninterrupted river. And there are three friends from Denmark who already built their raft yesterday. They spent seven hard hours tying together a base of 12 trunks, then a second layer of another dozen trunks over it and then the top layer, which is the only one that floats above the waterline in its entirety. 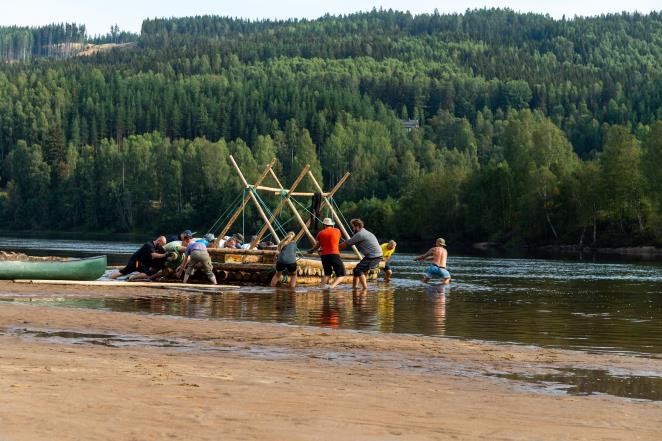 The three friends slept in a small tent on the shore last night, but are now ready to leave. There is only one problem: their raft, which weighs about two tons, got stuck on a sandbank at night. All raft builders who are present today must be involved to pull the raft loose, but ultimately it works. While the builders are returning to their own rafts, I stay in the water for a while to hold the raft while the Danes lift their camping gear and their little dog, who will sail with them for a week. I feel the strong current pulling on the rope and when everything is loaded and the canoe that they are given is properly tied next to the raft, I let go. There they go, with the dog and all down the river, and with a final wave they disappear around a bend. Live for a week at a slower pace, follow the flow of the river every day and in the evening look for beautiful places to go wild camping - because that's allowed here thanks to the Swedish right of everyone.

"We tell every rafter exactly what this means before departure," says Ingmarie Junler, Vildmark i Värmland's owner for twenty years. "They have to sign a form on which they promise to behave with respect for nature, to collect all their waste neatly and to leave nothing behind at the camping sites." Rafting itself is done with great respect for the natural materials; after a trip, the rafts are dismantled again and the trunks and ropes are transported back along the river, so that they can be used upstream again for new rafts. "Building a raft is tough and you spend a full day doing it, but I think it is very valuable to do it yourself," says Ingmarie. The boat trip itself may not be as romantic as it seems at first sight. "It is not an easy journey. You don't have a rudder or drive, so you have to use long poles to make sure you avoid sandbanks in the river and not get too close to the edge, "says Ingmarie. "We sometimes joke: this is a good adventure to do with your partner before you get married. Because communication and collaboration are really important. And good company is everything, after all, you are on the raft for days and days together. And it is really for everyone, we see that children love the experience. This summer I had a mother with two children and grandmother, who was with us! "Ingmarie still makes a wooden raft trip every season. "It's my way to relax. You can't help it - you have to literally go with the flow. You are constantly busy, active, but you have no control. And if you accept that, it's wonderful! '

Photographer Jurrien and I are traveling through Värmland, so unfortunately we don't have time to step on a raft for several days during our trip, but we will go up the river. The next morning we set out in a canoe at the crack of the day to visit the raft builders we met yesterday on the river. They have a whole evening ahead, but because the rafts only cover 1-2 kilometers per hour, we should be able to overtake them in a canoe quite easily.

is shivering on the river and a thick fog floats over the water, completely covering the pine forest on the banks. The morning sun has trouble breaking through, but when we are on the road for an hour it works. The mist evaporates and now we can see the surrounding mountains and a church tower in the distance. Then we round a bend and spot them: the large group and the three German friends have chosen the same overnight place. Four perfectly finished rafts are tied to trees on the left bank and on the right bank they have pitched their tents for the night on a beach.

We are greeted cheerfully and appear to be just in time. ; the tents are torn down and the people on board commute to the other side in the canoes. Back on board the rafts, coffee is made and the ropes are thrown loose - it's time to leave. We paddle a bit with them, have a chat and see that we indeed go a lot faster in the canoe. As we round a bend in the river, the rafts behind us disappear from view one by one. Our tour through Värmland is awaiting, but for Klarälven riders the idea of ??planning, or perhaps even the time itself, will not last a wonderful week. 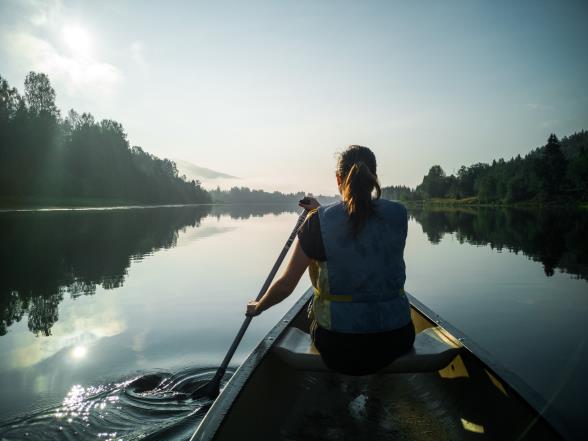 You can go rafting at Vildmark i Värmland from the end of June to the end of August. There are different packages of two to eight days on the river. You can also opt for a multi-day canoe trip. Look for prices and to book (be on time) on vildmark.se. The Klarälvan Camping is the base camp of Vildmark i Värmland and is a 2.5-hour drive from Oslo Airport and 4.5 hours from Gothenburg Airport. If you come with your own car, it is a 16-hour drive via a beautiful route through Germany, Denmark and West Sweden. Read more about the Värmland region via visitvarmland.se and visitsweden.nl.

Lonely Planet has created this article for Visit Sweden. The expressions are from Lonely Planet itself and reflect our policy of independence and impartiality.

Read also: Discover a paradise for hikers in Värmland